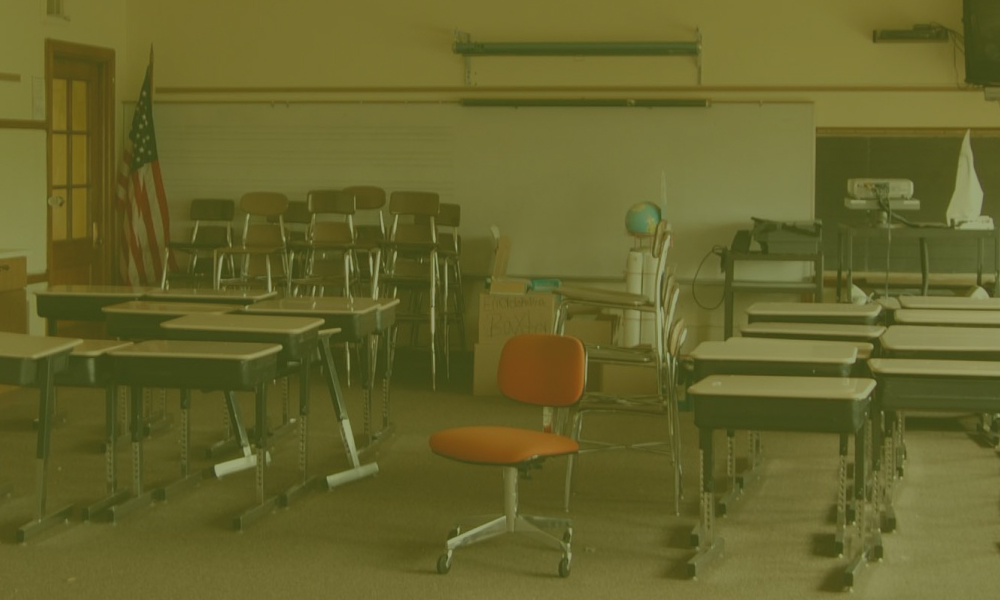 He isn’t any good at food service or mechanics or heavy labor. He learns basic household maintenance, and he isn’t very good at that, either. What he has is a childhood spent living in crumbling apartment complexes, and so he understands the complexities of old buildings better than most. He doesn’t expect that answer to earn him the job, but it does. With so many new buildings in the school district, finding good maintenance workers isn’t as important as finding someone willing to accept an old building for what it is.

In the evenings, he picks up repair tricks from a man on the block named Roger. Roger handles maintenance for his apartment building, which also suffers in the shadow of new development and something the teachers at the school call gentrification. Roger teaches him how to fix without really fixing—plug a hole with putty, hide knocks in the walls with spackle. Sand the edges of a wood door until it closes without a fight.

He overhears a parent consoling a teacher on the front lawn. Children hop across the grass to their parents’ cars, their backpacks bouncing along behind them. Each backpack seems to feature a different smiling animal. He rakes mulch as the ballerina cats and adventure-bound turtles climb into minivans and old model SUVs.

The parent says it’s brinksmanship. Says the courts won’t block a school funding bill if it means closing schools. The teacher says it doesn’t matter. She’s starting a job at an insurance firm next week anyway.

Roger pulls himself out from under a sink and says, “You better watch your job. They’re coming for you next.”

He was warned the building would not have air conditioning. In July, the prairie heat pushes through the thin glass windows and the doors swell shut. Nonetheless, he has been told to work his school year hours until he hears otherwise.

He’s not sure if he should sand the doors to fit their frames, so he does it anyway in hopes his bosses will appreciate the attention to detail. With each new classroom, he discovers strange things teachers have left behind. Locks of hair in drawers. Sketches of other teachers. Strange colored liquids in unassuming bottles.

In one classroom, he finds a notepad set out with a pen, as if the teacher had only just stepped away. In clean script across the middle of the page: At least we tried.

A mother cat takes up residence in the teacher’s lounge. He packs an extra slice of bologna and they begin to take lunch together.

One day he’s tearing off small pieces of bologna for her kittens when he hears a window break on the second floor. The cats scatter into the mailroom. Vandals, he thinks. He was warned about this, too.

There were instructions to forcefully remove teenagers but no directions how. He climbs the main staircase and imagines they will terrorize them.

The hallway to the room in question is lined on one side with metal lockers and the other with a row of closed classroom doors. He can hear the men before he can see them: this isn’t a prank or teenage mischief. This is work. Sure enough, he finds three men in a classroom, throwing student desks from the window. One of them is Roger.

“You did a fine job sanding those doors,” he says. “They don’t stick at all.”

Roger holds a student desk across his chest. Window glass glitters beneath the tread of his work boots.

Then he throws the desk out onto the lawn.

He spends the afternoon coaxing the cats out of letter boxes and from behind filing cabinets. The mother cat counts the kittens and he checks her work. The broken windows come in intervals and desks collect into tangled structures on the sidewalks.

There is one star left in the sky but even it is just a warning light on the tallest tower.

Natalie Teal McAllister writes stories about dirt: the dirt under our fingernails, those stories from our childhood we can't escape, the land we came from that still lives in the enamel of our teeth. Her fiction appears in Glimmer Train, No Tokens, Midwestern Gothic, Pigeon Pages, and Flyway, among others. She is a 2017 and 2018 Tin House Summer Workshop participant and a graduate of the MFA program at the University of Kansas.