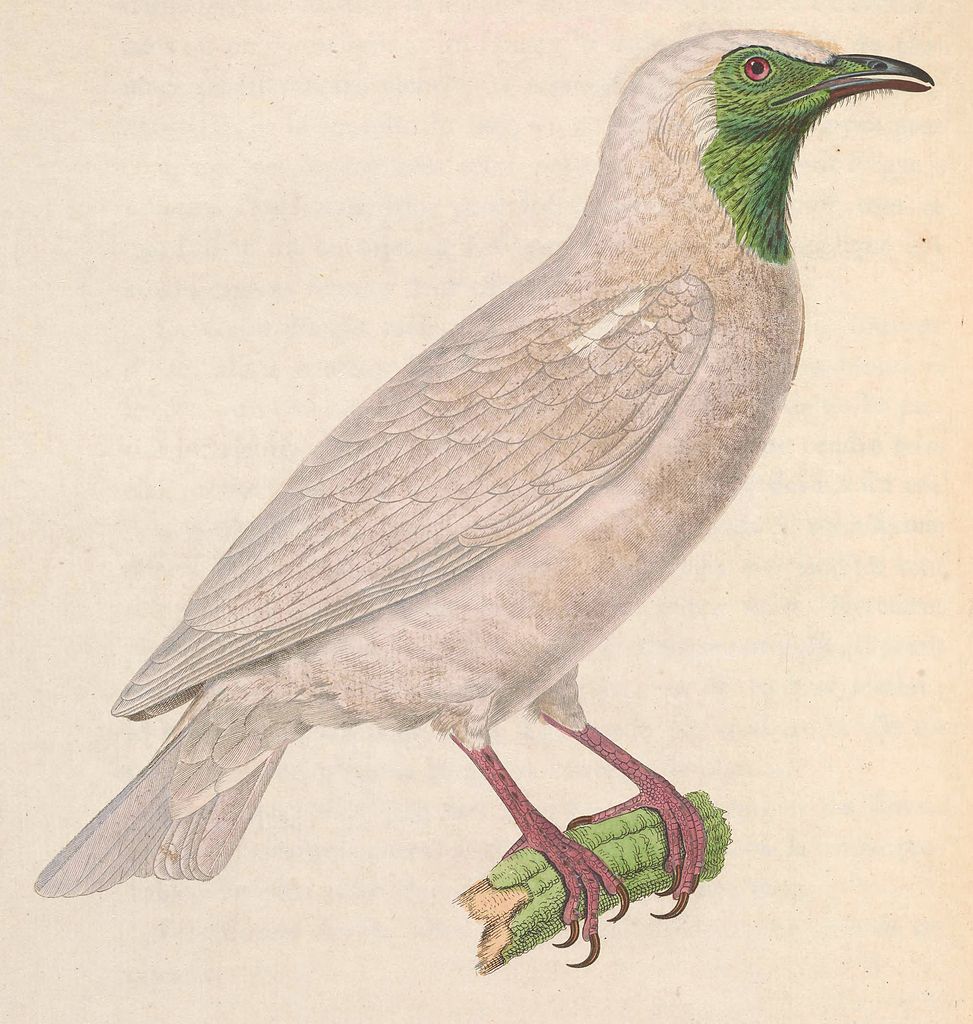 The Thing with Feathers

The Thing with Feathers

The national bird of Paraguay is the bare-throated bellbird.
The female, Wikipedia tells me, is “drab.” The male sings

like a cage door closing, turquoise-necked as a dove
pinned facedown in curaçao. This color renders them

vulnerable to poaching, though their mating cries
can damage the human eardrum. They don’t know

humans will take anything if it stays still long enough.
They are readily purchased in Asunción, I mean the birds,

where I was born. Their migratory patterns are complex
and not well understood. When I say I hope to see one

I mean, in the wild. I mean hope doesn’t perch in the soul
but is trapped there, pitch-footed, ripe for plucking.

Hope is a naked goose that made a wrong turn somewhere.
Sorry, Emily D. I do like your poem about measuring grief,

it reminds me of the old problem: is a pound of lead
heavier than a pound of feathers? All things being equal,

this suggests, nothing should outweigh tenderness.
It is true my mother’s hands were never softer

than when they were heaviest. The one time, unthinking,
they pressed the brown quilt down over my neck, a motion

once graced by singing, now by anger. I used to yank feathers
out of that quilt, loving their sharpness, how they refused

to be returned. The thing is, you weigh a lot of matters
differently with your face in a pillow: air, hope, mothers,

Ana Maria Guay is a writer who was born in Asunción, Paraguay and adopted to Brooklyn, NY. Her work can be found in Lunch Ticket, The Rising Phoenix Review, Asymptote, and elsewhere. She currently lives in Atlanta, GA and can be found at: @anamguay and anamariaguay.net.