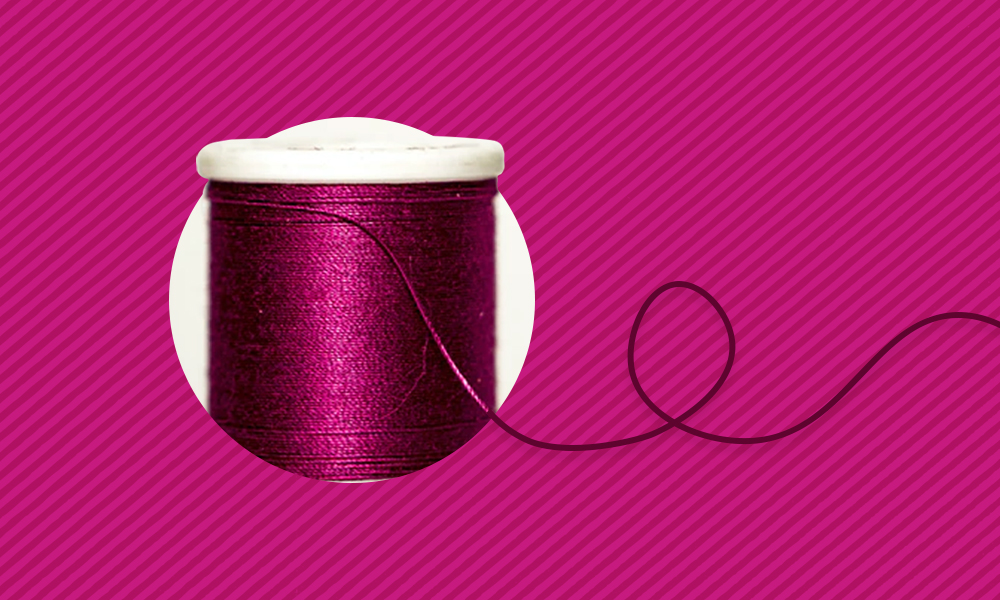 Nabakov talks about it, how writers will plot subliminal coordinates that you’re working with, and it’s like this secret thread beneath all of the poems.

What do you collect? For us, it’s four-leaf clovers and King Cake figurines. When Kate was in high school, she cut interesting pictures and snippets of language from magazines and put them in a shoebox. Later, she pasted those into an “idea book.” Stephanie had a habit of writing lyrics on her Converse sneakers—as many of us likely did—and walked through her teenage years on words of comfort, anger, resistance, and resilience.

Sometimes, writing feels less like you’re creating something and more like you’re discovering it, like you’re out searching with your metal detector and you’ve found buried treasure, and each pen- or keystroke is merely lifting dirt so it can sparkle.

Those are the good times.

But there are also times when you dig and dig, and nothing comes up.

One famous collector is the squirrel, which has been known to bury up to 10,000 nuts in preparation for winter.

We can relate to this—keeping a stocked pantry so grocery store aisles can be less crowded, to protect our neighbors as we hide from the virus. You’ve probably had the experience of opening your refrigerator to find a bunch of radishes meant for tacos that were never made, a few eggs (which may or may not be hard boiled), a door full of condiments, and something funky on the back shelf. What to eat?

The Splendid Table occasionally features a game called Stump the Cook, in which a listener offers an inventory of their fridge and the host comes up with a recipe on the spot. In this clip, an unconventional biryani is proposed.

This isn’t to say that a collection consists of cast-offs; quite the opposite. After all, squirrels only keep the choicest morsels. When they find an acorn, they shake it rapidly to check that weevils haven’t gotten to it first. They are able to identify unsound, nutrient-deficient acorns with 92% accuracy, according to Mike Steele, associate professor of biology at Wilkes University.

Steele also notes that squirrels are incredibly strategic in building their collections. They use stationary objects to triangulate the location of their cache, and they bury multiple groups of acorns, with only the choicest being buried in the sunny spots, far from the tree’s trunk.

Of course, the trees themselves also collect: water, sunlight, nutrients through the mycelial web underground. They collect pollen carried on the wind or via insects, to propagate.

In other words, satiety is systematic and built on connections. And a satisfying collection is developed in the same way.

Some of you are in the drafting, planning, or even pre-planning stages of writing a collection. You may be wondering how to pull your work together around a common theme. Others are stuck somewhere in the murky middle. You may be wondering if you’re digging one big cache or building several smaller collections. Maybe you’ve already got what feels like a full meal, but you know it’s not enough. How can you add more? How can you ensure you’ve created a well-rounded sampler of work, one that doesn’t only taste like salt?

Think of the squirrel. It groups nuts together based on size and type. It uses trees and other guideposts to remember where it hid its bounty. Everything it does, it does in relation to its landscape.

In your writing, what is the mental map of images that helps to anchor your stories? What phrases or forms link one poem to another in a sort of map?

I feel like when I’m writing, I am a collector of language. For instance, let’s say I start with a word like “snail,” I’ll try to collect all of the language that surrounds the snail, both sonically and associatively, and then this little world starts to build around the snail, and I try to stay with it, stay with the images obsessively, to push beyond what I think is possible in the snail’s realm of language. What is that Lucie Brock-Broido quote, “Obsession is what gets me up the stairs at night”? Obsession is really important to following that image relentlessly, then cracking it open, trying to make more use of it. Pushing it beyond its limits.

Interview with the Ellen Boyette, Iowa Review, May 2019

. . . All these stories all came from my mind and whatever I was working through emotionally at the time or was obsessed with at the moment.

Geographical location also permeates her work, just as taste is a function of terroir.

Maybe you feel like you’re writing the same story or poem over and over again. Tyrese Coleman notes,

At some point, I realized I was writing the same story, or writing about the same thing but in different (or even not-so-different) ways. I kept returning to aspects of my childhood, even when I was writing about a situation as an adult. So, I put them together and, like you, realized that they were even more powerful when put together. When I revised, I had to find a way to make everything feel more than tangentially linked. That meant changing any made-up names, removing redundancies, and coming up with a structure that demonstrated growth.

Who Says Memoir Has to Be Nonfiction?, The Millions, May 2019

Todd Dillard leaned into the mess in order to create a collection that resonates:

C. D. Wright says: “The goal is not to make a story but to experience the whole mess.” Absence is defined as much as by what’s vanished as by what remains. Who’s to say that when someone disappears in a room they haven’t become the room? Grief is a way to live, and living is itself a whole mess. I wanted a multitude and acuity of detail because it’s in the details where we disappear, where we live, where we die.

None of these collections represent a random cache. Instead, they are anchored—to obsession, to place, to the minutiae of grief.

What anchors your work? If you were a squirrel, what cues would you look for to find the bounty you’ve created—and what you will continue to collect?

What Changes & What Stays the Same