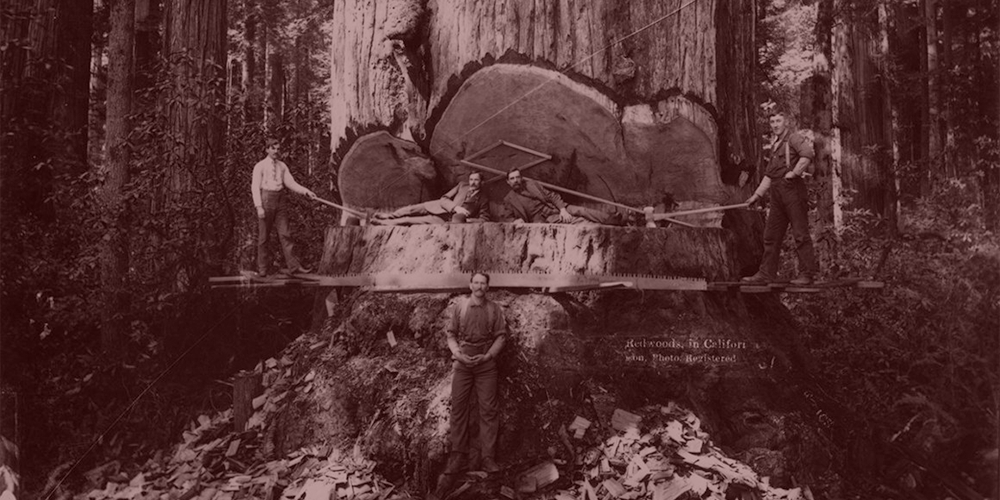 And So Shall the Carrion Call

And So Shall the Carrion Call

My house sits atop a hill in the middle of a redwood forest, milking sun for an hour each day. The trees breathe out while I breathe in, completing the oxygen cycle, its rhythm like the swish-swash trickle of the river at the forest’s southern edge.

Over time, I learn the language of the trees, stand in their shadow until the tremor of their roots slithers through my toes. They teach me which vegetables to grow with one hour of sunlight, and I use their branches to till the land. When the air is cool, their bark loosens, brewing into a spicy, hot drink whose scent keeps away hungry bears and wandering souls.

Inside my house, I cook; I clean; I engineer. I weave vines into hammocks, breed fireflies to light the house at night. I learn the harmonies of the river so my stews thicken and my clothes wash clean of sin.

Visitors don’t come around much. The paths are unmarked, the trees wary of strangers. But I keep dried fish on hand, honeysuckle, ropes and knives, for the rare occasion of company.

One day, I’m sunbathing on the roof in a leafy garland when two men mount my porch. They intimidate with big chests, thick hands, and dark, prosperous beards. Their axes weigh more than their consciences. Slipping on my housecoat, I grip the knife in my pocket and assume a fighting stance.

“Head back whence you came,” I call down.

“We’ve bought this land,” the bigger of the two giant men says. “Do you live here year-round?”

“This is my home. The land is not for sale.”

“Indeed. It’s already purchased. But we’ll let you stay if you accommodate our needs.”

They’re lumberjacks. Of that, I’m sure.

The men laugh, and the ground trembles with the timbre of their voices, the roll of the mighty roots underfoot.

They enter my house uninvited, trailing breadcrumbs of bravado in their wake. I brew strips of bark and sweep while they search my collections of polished sapphire, dried cloudberries and chicory root.

“This old-growth redwood commands an attractive premium. It’s hard work, but the price was more than fair,” the bigger one says.

The air breeds anger and melancholy, thickening until their brows line with sweat. I wonder if these men understand the meaning of fair.

“You can eat my stew and dried fish, but these trees will never be yours.”

The men laugh again and slam their fists on my table. Wood splinters enter their skin, a thousand tiny nicks, leaving smears of blood like hoofprints in sand. The smaller one wiggles an eyebrow at me. His gaze lingers on my body, caressing me with ripe violation.

They return in the morning with their axes and ten more men; they chop from sunup to sundown, ignoring the wails, the cries of the dying. My toes turn black with the poison of their cries, and I stuff moonstones in my ears so deafness will ravage me.

Within a week, five hours of sunlight pass overhead. The soil grows arid, the air polluted with man and sweat.

Then the trees start to bleed.

The flow is a trickle at first, unnoticeable except by close inspection. But soon the earth is gooey and damp, muddy with blood. It oozes in thick rivulets from hundreds of freshly cut stumps, pooling, then flowing across the land. The men stop chopping when the blood rises past their ankles. The hired hands scurry off like insects.

“What is the meaning of this?” they demand, crashing through my door. “What’s wrong with these trees?”

“What is the meaning of death?” I reply, boiling pots of glue and counting nails.

The men grow angry, curse, and stamp out to the porch. I follow, drawn by a metallic scent. The flow is deeper now. Unexpected waves rise like grief, then slap down, viscous with outrage.

The bigger one steps stoutly off the porch, and a surging current sweeps him away. His head goes under and doesn’t rise.

“What have you done?” the smaller one cries, grabbing me by the arm.

“Do you know the meaning of fair?” I ask.

The ground trembles—a collective cry from the headless roots—and another wave of blood breaks over the porch.

The man jumps. “Help me,” he gurgles.

“There.” I point uphill to where a lone, felled trunk lies in dry grass. “Turn that trunk into strips of wood and haul them to the roof. Work quickly.”

On the roof with my glue and nails, we build an ark together in the moonlight. When all the planks are used up, blood surrounds the house like a sea.

“You knew this would happen,” the man accuses, curling a meaty fist about my throat. But I know the smell of fear and leave the knife at my side.

He backs away, and we set sail off my rooftop, the ark slicing through waves with a thick glub glub. The only treetops remaining billow in the far-off distance where mountains swell unconquered.

“You’re a good woman to offer me free passage.” He’s come into manners, but his presumptions abound.

“Normally trees eat only from the ground, but they’ll need to make up for this blood loss.”

The man grunts without understanding. He looks into the night and pounds a freshly cut railing. “But what will become of my land?”

The ark creaks, and a crack of thunder echoes across the sky.

I wrap a hand about my knife. “This land was never for sale.”

Dakota Canon’s work can be found in Witness, Smokelong Quarterly, Hobart, Moon City Review, Cheap Pop, Fiction Southeast, Literary Orphans, The MacGuffin, Citron Review, Gone Lawn, Litro Magazine, Bending Genres, North Dakota Quarterly, Wigleaf’s 2020 longlist and elsewhere. Her novel, The Unmaking of Eden, won the 2019 Caledonia Novel Award and the 2018 Hastings Litfest Crime Novel Contest, placed second in the 2019 First Novel Prize, reached the finals of the 2019 James Jones First Novel Fellowship, and was long-listed in the 2019 BPA First Novel Award and the 2018 Yeovil Literary Prize, among other prizes. She’s received mention in the Manchester Fiction Prize and the Writer’s Digest Annual Short Story Contest and has served on staff for Cease, Cows. Find her at dakotacanon.com or follow her on Twitter @DakotaCanon.