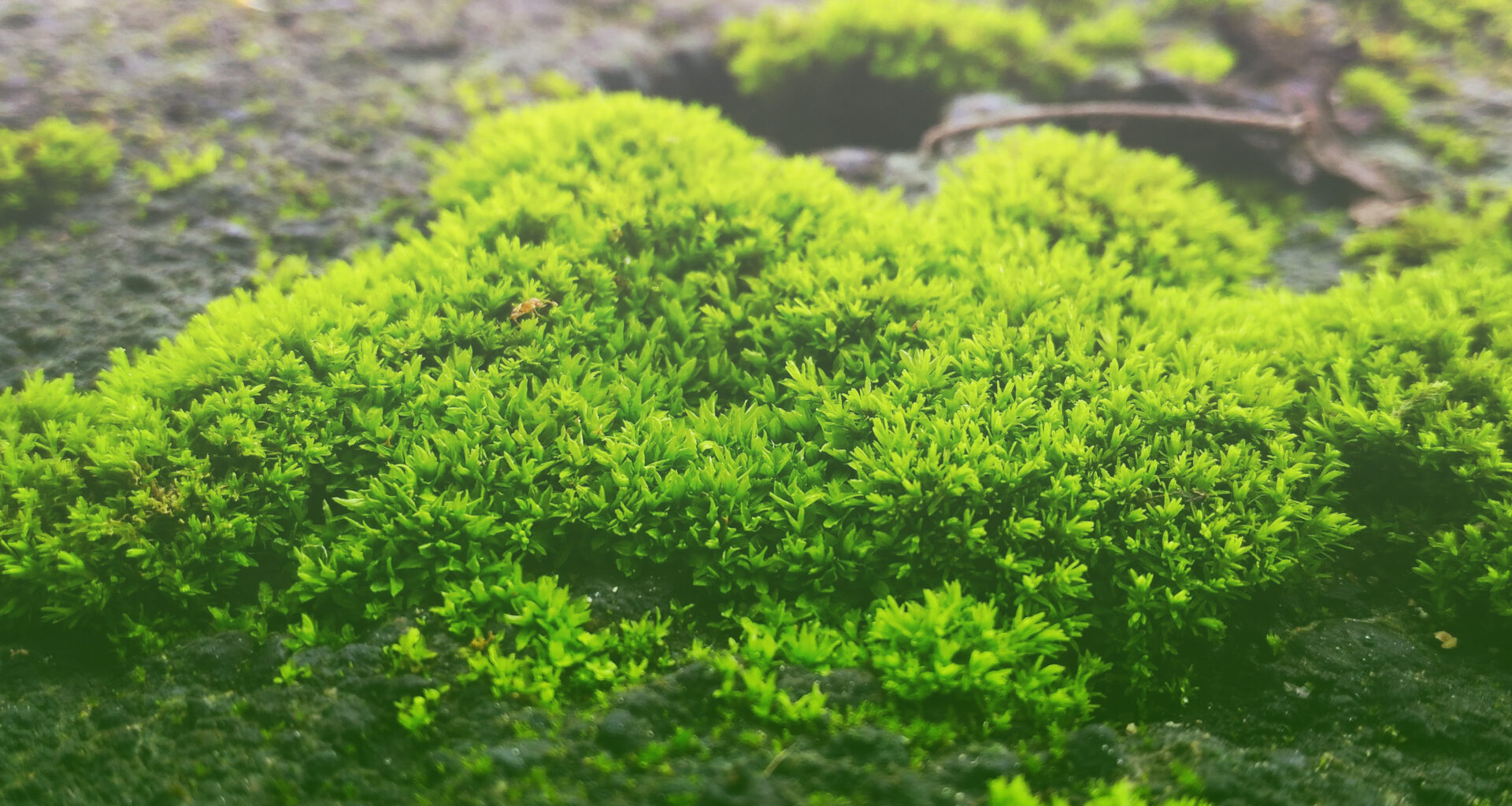 Down here at the bottom of the year, the greenest thing is moss.

In low December light, lower than the cloud-headed hills, familiar greens have darkened or faded or gone. Gorse and firs stand almost black, and ragged hill-grasses not so far off grey. Brackens have browned and crumpled lower under every autumnal storm. Paths trodden by walkers or sheep lie blackened with mud, damp everywhere and damper still with every passing day of mist or sleet or downpour.

But up here in the wind-shredded sunlight, patches of moss glow rich in fresh colour, laying claim to every space on rock or rough ground—thriving, crowding, thickening on their own captured load of moisture only to capture more. This year while forests burned around the world and too many green things died, the mosses have quietly flourished. This autumn while leaves fell and herbage died back, the mosses everywhere turned dullness into variegating green.

Down there in the town at the foot of the hillside, someone rips unwelcome greenness from his roof or blasts unwanted growth from his tidy red-bricked driveway. It’s a bad year for moss, he’ll say to himself, for mosses have advanced all over—furring, softening stone walls and edging walkways, deepening shaded ground, grasping dampness and pulling nourishment out of air, gathering carbon back into peat. In faraway London, where generations of inhabitants fought against small green incursions, city designers now build tall rectangular towers of mosses above their heavy-trafficked streets—turning back in desperation to nature to cure polluted air. And everywhere I look, even on crowded city pavements, the tiny plants this year seem bent upon invasion, certain of their right. Moss can’t do much, but in its own small way it’s doing its best to save us.

Down here on the slippery edge of Creation’s seventh night, moss is the greenest thing.

Photo by Madina on Unsplash

Fiona M Jones is a creative writer living in Scotland. Her published work is linked through @FiiJ20 on Facebook, Twitter and Thinkerbeat.

like every good yellow catholic woman, i plan my funeral 60 years in advance