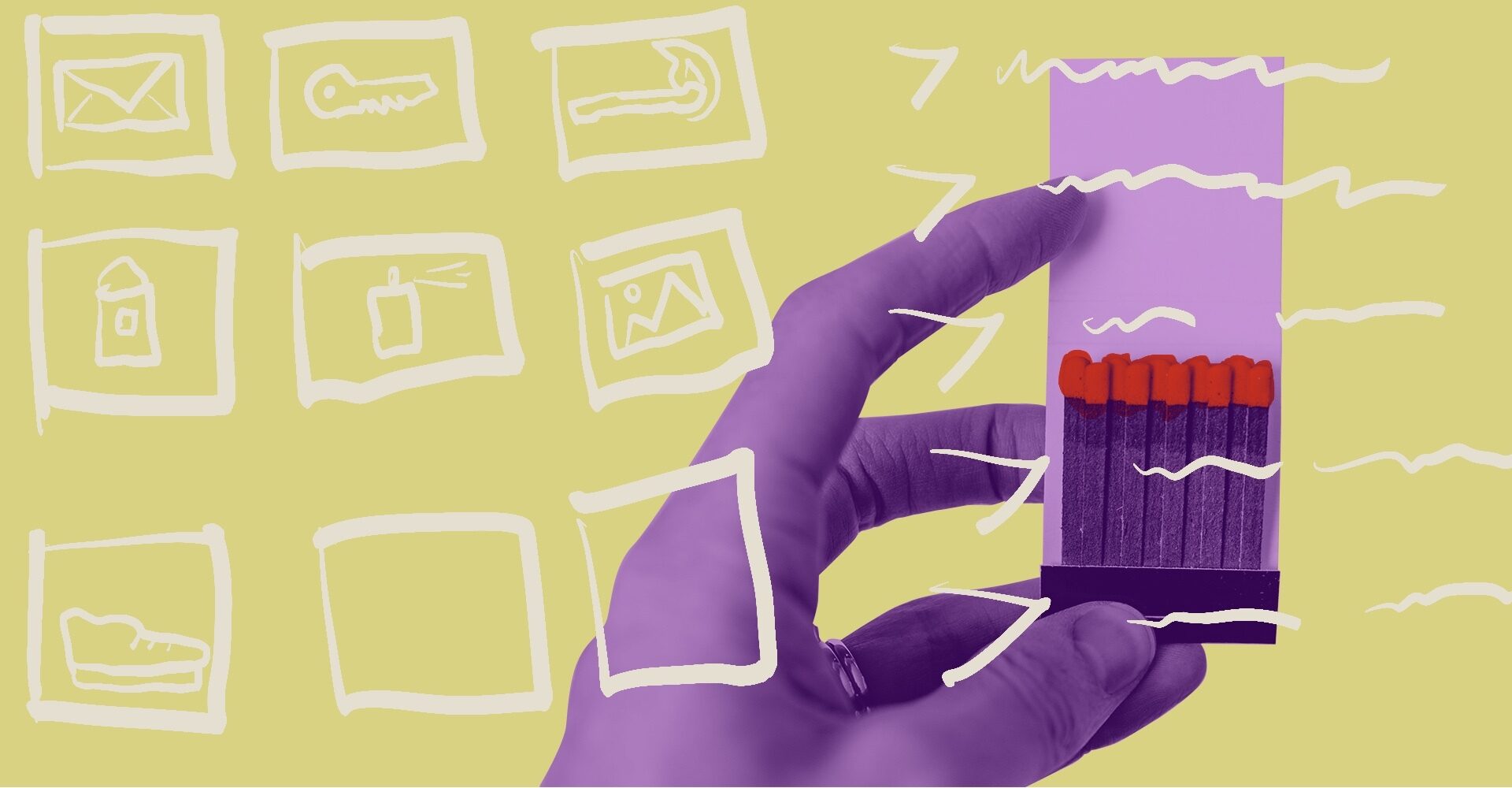 You stand at the top of a set of stairs. The floorboards are dark and rickety. To the east is your bedroom. To the west is the bathroom. To the north is your parents’ room.

Topics you can get help on:

“help basics“: The most important IF commands

“help talking“: Commands for talking to other characters

“help strategy“: Figuring out what to do, when you’re stuck

These are the commands you will use most often.

“look“: Look around the room or at a chosen item.

“take”: Add a desired item to your inventory.

“count the stairs”: Count the number of steps on the way up and down the staircase.

You must count the stairs first.

The room is locked. Your mother is sleeping.

There is no response.

Your bedroom is sparse, a bed in the middle, a desk by the far wall.

On the desk pencils are scattered. A laptop rests half open, the current tab on the internet opened to a WikiHow article about resurrection ceremonies. An unopened envelope lays on the desk, addressed to you.

You pick up the envelope.

An unopened envelope, a house key, a pack of matches.

You are back at the top of the stairs.

Inside the bathroom, old toothbrushes sit in a cup. Roll-on deodorant lays on its side by the tiles at the bottom of the basin. Three towels hang on handrails, two damp, one stiff and long dry.

You wash yourself clean.

Standing over the sink, you see your reflection in the mirror. You look like your father. You consider opening the envelope.

You stand at the sink.

You grab the deodorant from the floor.

You are back at the top of the stairs. Perhaps you will read the letter.

You are back at the top of the stairs.

You cannot walk down the stairs without knowing the number of steps. You must count them first.

You count the stairs again. There appear to be nineteen.

You count the stairs every day.

You count the stairs as you climb them.

You count the stairs as you descend them.

Some days there are twenty, other days nineteen.

You insist the steps go missing.

You think it is what killed your father.

You climb to the bottom of the stairs and arrive into the foyer. The front door is south, the kitchen is east, the lounge is west, and the stairs are north.

The kitchen is rather old, with gritty patterned tiles and a small metal sink barely big enough to wash two dinner plates. There is a fridge covered in family photos and quirky magnets advertising the type of businesses who shove their flyers in your mailbox. A small dining table sits, unset, in the middle of the room, surrounded by three chairs and one high-chair.

You consider opening the envelope.

You are in the kitchen.

The sink is dripping, constantly, a dull thud reverberating through the room intermittently. Under the sink are cupboards where the pipes are, housing new sponges, fly spray, unopened dishwashing tablets, liquid soap, and latex gloves.

You take the fly spray.

You approach the fridge.

A series of photos from throughout the years send a tinge of nostalgia through you. Pictures of you with your parents, you and your baby sibling, new and smiling, and other photos with just your parents, before you were even a thought.

You take a photo of your father, sitting by himself with a wide grin and a birthday hat on his head. He looks so silly, but so content. Before you became that family, the one on TV and in the papers, where they speculated whether it was really an accident at all.

It was your mother’s fault, you think. They had been arguing beforehand, about the baby, about all the hours your father was spending away from the house. They were angry. Your father turned around as he stormed out of their room, to say one more thing, to prove a point, and then: the end.

But you can’t. You still remember the thundering crash that followed as his body folded in two, skull cracking against the old wooden floor and spilling blood. Your mother’s shrill scream following.

She dropped your brother to the ground, soft head smacking until it was concave. The doctors worry he’ll develop intellectual deficits, that he won’t grow as easy as you did in this world built for people like you.

You found your mother bent over your father, eyes and mouth struck open at the bottom of the stairs, her crying and him fish-eyed, bleeding out. You saw his brain, beaten and bruised, and you heard your brother crying upstairs, fatherless and hurt. You had only gone out for a moment, to check for mail.

That reminds you, maybe you should open the envelope you’d collected.

You are in the kitchen.

You enter the foyer.

You enter the living room. Two blue sofas marred with stains face the TV. On the floor are a baby’s toys. Against the wall are the family’s shoes.

All of your shoes are considerably smaller compared to your father’s, whose worn brown shoes sit broad at the end of the line. They are the last shoes he wore, as he tumbled down those stairs, his body becoming a bag of bones. Your mother bought him those shoes.

You hold one of your father’s shoes under your arm.

You scan all your brother’s toys, some new, some once belonging to you. You consider the ones he will never perfect, will never come to understand, may never develop the control for.

You enter the foyer. A watercolour painting of Jesus follows you as you enter, hanging from the wall as he once did from the cross. Your parents were religious once. You attended Sunday school for many years. You remember the story of Lazarus, one that struck you many years ago.

The door is locked.

You unlock the front door with the house key, exiting outside. In front of you is a suburban street, a path leading down to the mailbox and the bitumen road. Another path winds off around the back of your house, to the backyard. It is a quiet neighbourhood, and has become quieter still since your father’s death. The town has been shaken by the tragedy.

The backyard is a small grassy area, with soil plant beds around the edges, and a rusty swing set in the centre.

The soil is loose and soft to touch.

Your father’s shoe, a photograph, fly spray, deodorant, an unopened envelope, a house key, a pack of matches.

You recall the webpage you left open on your laptop. It makes you think of watercolour Jesus.

On bent knee, you tunnel into the earth with your raw fingertips.

Soil fills your nails, sullying your hands as the earth opens beneath you.

You keep shovelling dirt from your back lawn until you have made a small hole the size of a rabbit. It is just bigger than your father’s shoe.

You squeeze the shoe into the hole.

You take the cap off the deodorant, the musk of a scent labelled ‘Africa’ tickling the back of your nostrils. A few stray armpit hairs sit on the roll.

You lay the open deodorant down in the shoe.

Taking the photo of your father from your pocket, you fold it into a square the fourth of its side, laying it down beside the deodorant.

Pulling out the box of matches, you strike a match on the coarse side, allowing a single ember to dance in the air.

> use fly spray on shoe

On the bottle, the fly spray had a warning: FLAMMABLE, KEEP AWAY FROM FIRE. You spray it heavily onto the shoe.

You throw the lit match onto the shoe so a fire begins in the space just below the earth. It warms you, working its way through the shoe, causing you near pain as it feeds on the deodorant.

The distance prevents the heat from burning your skin. You think of yourself as watercolour Jesus, and wonder how long it will take for your father to walk again as Lazarus did.

You want to make sure the front door stays unlocked, ready, any day, for his imminent return.

A half-empty can of fly spray, an unopened envelope, an open pack of matches.

On your way back around, you notice your mother at her window, shushing your fussing brother and swaying him back and forth. She is almost unfamiliar in this light, grey and smaller than you can recall.

The look on her face when she lay over your father’s slowly bloating corpse repeats itself like a recurring nightmare—a look stuck somewhere between horror, disbelief, and the most terrifying glimmer in her eye, that of knowing.

When the ambulance arrived, not long after the police joined them. Your house was a crime scene. They cordoned off blood stains and made you sleep at your grandmother’s house for a fortnight, sharing a room with your brother while your mum remained suspect number one.

It feels distant, but you remember trusting her once, loving her to the point of heartbreak. You can’t remember when that stopped though, maybe when the police officer said to you, with your grandmother sitting by your side: you can tell us what really happened, you’re safe, your mother doesn’t have to know.

You stop at the front door.

You are in the foyer. Watercolour Jesus looks down upon you.

You approach the stairs.

There are 21 this time. You try to remember where you start and stop counting. How could there be a different amount every time?

You arrive at the top of the stairs.

You approach the door to your parents’ bedroom.

Silence. You hear a muffled crying. It’s unclear who it belongs to.

You hear a creaking noise.

There is something so sinister when a man in a uniform puts his hand on your shoulder and asks you to remember, to create a figment of a memory, where maybe your mother is smiling over your father’s dead body, or perhaps she said: we’d all be better off if you were dead.

But none of those things did happen, did they?

How quickly a child mourning a father can forget that a wife mourns her husband in the same measure.

Your mother opens the door, your baby brother in her arms; she looks exhausted, eyes grey and barely able to focus in on you. She is so frail, ghostly, barely there. You fear she will collapse, her body bending in the same way your father’s did in his final moments.

Behind her, through the window facing onto the backyard, you see an orange glow. The fire you started has spread along the lawn, consuming all it comes into contact with. The reality of what you have done presses heavy like the impending smoke on your chest.

> apologise to my mum

> tell her I love her

> mum, I know this wasn’t your fault

Topics you can get help on:

“help basics“: The most important IF commands

“help talking“: Commands for talking to other characters

“help strategy“: Figuring out what to do, when you’re stuck

This is all your fault.

I know what you did.

He would still be here if it wasn’t for you.

We must all repent.

When all else fails, it is essential you count the stairs.

Helena Pantsis (she/they) is a writer and artist from Naarm, Australia. A full-time student of creative writing, they have a fond appreciation for the gritty, the dark, and the experimental. Her works are published in X-R-A-Y, Rejection Letters, and Lammergeier Mag. More can be found at hlnpnts.com. You can support her through PayPal @hlnpnts.