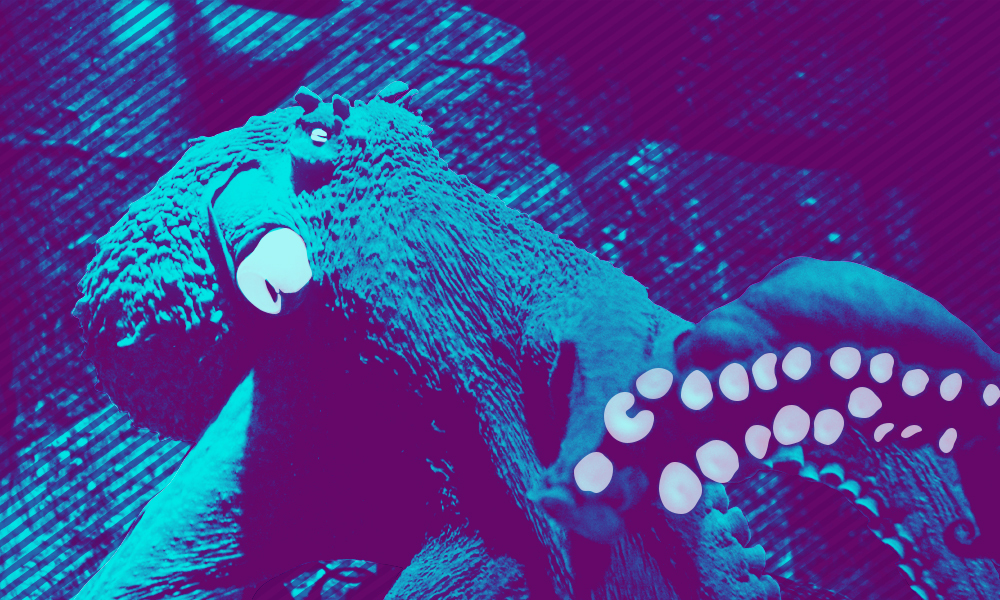 Home Journal Archives 2021 Summer Issue Poetry Diptych: A Mr. 7 Hands Screwdriver and an Octopus Open Up About Their Relationship
PPoetry

Diptych: A Mr. 7 Hands Screwdriver and an Octopus Open Up About Their Relationship

Diptych: A Mr. 7 Hands Screwdriver and an Octopus Open Up about Their Relationship

As you can probably imagine, the hardest part was we never knew what to do with that eighth tentacle. And sure, the whole how-do-I-breathe-underwater-and-also-where’s-my-face part made it a bit difficult to communicate, but imagine being so close to something with only one more hand than you. What would you sacrifice for that? And sure, that eighth tentacle was a dilemma from the beginning, but we tried. We tried everything: wrapped it around me like a barber pole, placed it on my head like a pizza crust that had just fallen from the ceiling. Stuff like that. I think the final straw was when I cut off her eighth tentacle. And I told her it would grow back! I knew that much. That’s when she asked me to move out. Like, what do I do? Move out of the ocean? And I said babe, together we have 15 hands, that’s gotta amount to something! But there’s something about having too much and still feeling empty. And I don’t mean she had too much. No, those eight tentacles were breathtaking. I mean sometimes you get so tangled up in your own kelp forest that you don’t see the sharks pointing and laughing and the coral looking away in embarrassment. It was like that. So when I knew she would never hold me close to her again, I packed up my arms, hitched a ride on a manta ray, and ended up here.

He said the hardest part of our relationship was my eighth tentacle? He didn’t mention his constant flirting with starfish, or the way he never washed any of his hands before dinner? He used his quarter-inch flathead to hack away one of my tentacles, and then acted surprised when I told him to leave. He told you that, right? Did he tell you about his fear of bees? Yeah, we were underwater. Or how dangerous it was when he wanted to “see the world” and I worried about divers scooping him up and taking him back to their boats and toolboxes? I thought he liked it when I wrapped myself around him like a pig in a blanket. He said it made him feel “secure.” All guys have to feel “secure.” And you know the worst part? He never talked about his past. I asked him where he grew up, and all he said was Target. Did he ever fuck a spider? A part of me doesn’t care, but I like to think I was different. That he didn’t just like me for our similar number of limbs. I guess it’s too late now. I’ve started gardening, did I mention that? He never cared for it, never understood why I wanted to comb the ocean floor and collect shells. I think I might try knitting next. Imagine how fast I could make a sweater, a scarf.

Katie McMorris is a writer and dancer. She lives and teaches in Oklahoma.

Home Journal Archives 2021 Summer Issue Poetry Diptych: A Mr. 7 Hands Screwdriver and an Octopus Open Up About Their Relationship