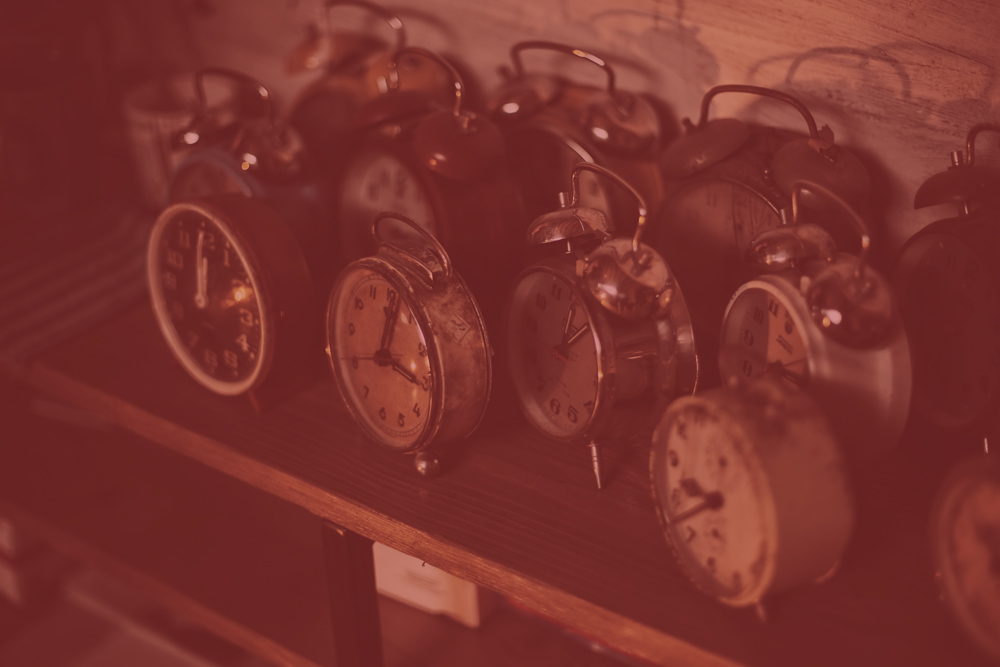 I am a woman more than halfway through my cycle, twenty-one years into a body that has shed 250-some skins through slick, snake-slithering, four-day drains. I grew all the daughters I wanted to conceive and I have borne them into their futures. I am on the climacteric slide through a period without a point, but my body is a clock, my month-blood visible proof that it is still working.

I was a girl, certain I would stay a girl, waiting for the long-hand of my pituitary to align with the short-hand of my ovaries, the sonorous chime that marked the end of one hour and the beginning of the next. It took so long, so long I thought something in my body was broken. I was a week away from fourteen when I finally found a rust-colored smear on my wad of toilet paper and dug under my grandma’s bathroom sink, finding a pantyliner, thinking it would be enough. It was not.

It felt strange to hide the thing I’d longed for, the confirmation I was growing up. But I followed those who had gone before me and I learned the three-minute-dash between the lockers and the ladies’ before the bell rang, before I’d have to explain, before everyone would know.

I was irregular and so I was taught to control it with hormones, each month a false ovulation, each month a series of sopping pads like diapers crammed into the little plastic sleeves until the months when they became tampons, hurriedly stuffed in, wet cotton and polyester bullets in a wound I would remove, re-wound, filling a cavity.

There were the times I prayed for it to come, then to stay away, then to come again, God, please not again. I timed it to catch an egg-drop; I timed it to avoid an egg-drop. My births stopped the clock three times, and then the cycle began again.

After years of mastering magazine methods to manage the molt, I chose to feel the warning-bell headache, the cramps and the hot pads. I came to love the thick blood, the contractions of my uterus expelling what I do not need anymore. The egg-yolk, the soft shell, all draining together. It is as natural a relief as blowing a stuffed-up nose, as clearing a throat, as wiping the sleepscum from the corners of your eyes.

I believe in the period—the end, the period—the waiting, the period—the blood. The growing, the sloughing, the promise of reinvention shooting from one side, then the next, a rotation, a rhythm, the insistent thudding of little bullets falling from the nozzle. I believe in my body as evidence of the calendrical wheeling of the seasons, the months clicking into years, the egg-on-a-spoon race to the end. The sacrament of my blood through my body, ticking down the time until I become a girl again.

Kristine Langley Mahler is a memoirist experimenting with the truth on a suburban prairie outside Omaha, Nebraska. Her work received the Rafael Torch Award from Crab Orchard Review and has been recently published/is forthcoming in New Delta Review, Quarter After Eight, The Collagist, Fugue, Gigantic Sequins, and The Rumpus, among others. She is a nonfiction editor at Pithead Chapel and reads nonfiction for Split Lip Press and Split Lip Magazine.