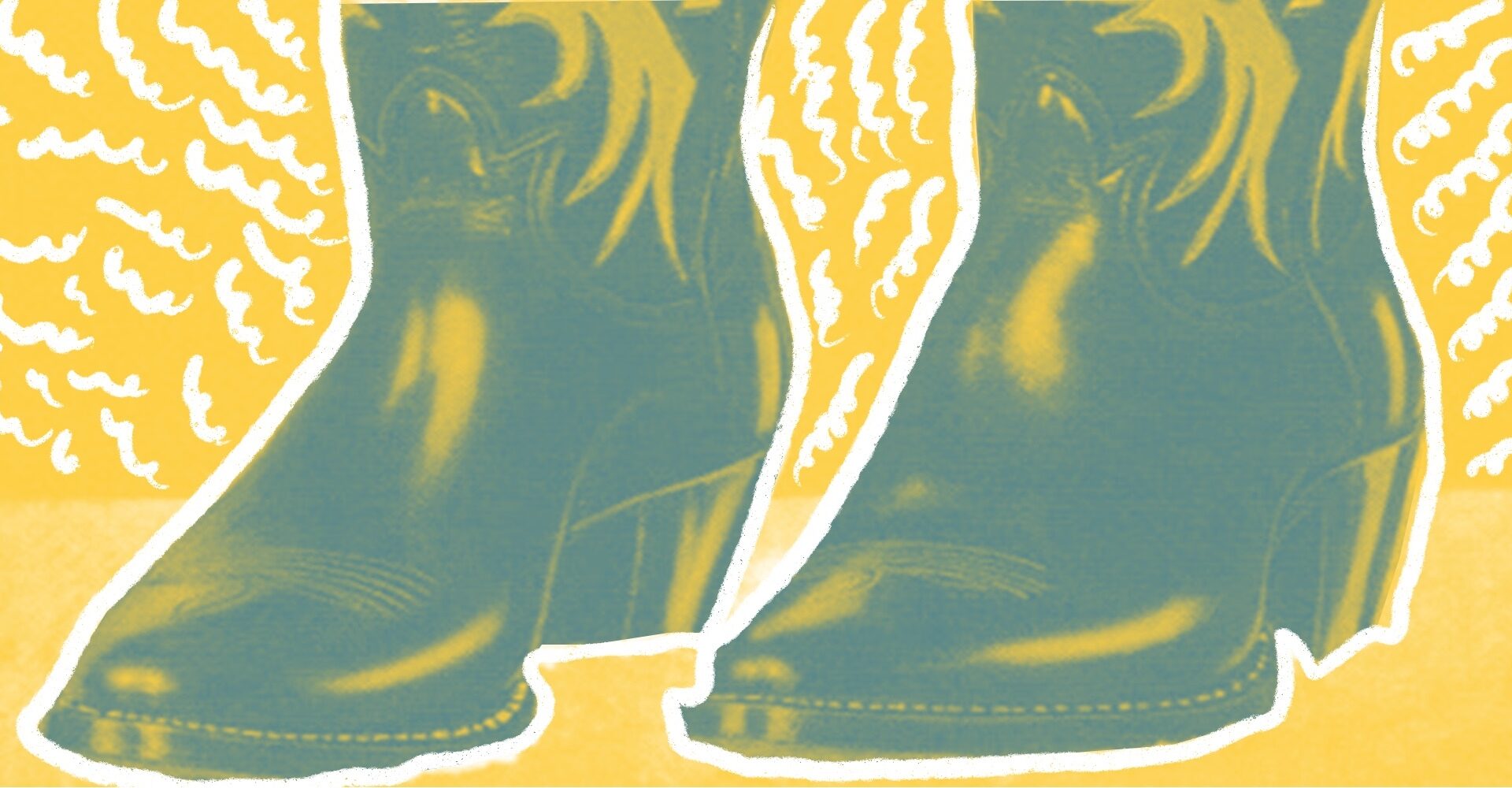 We’re tired of the hands, the hands of the actors, the hands of the studio executives, the glances sticking like touches, but not caresses, the words oh baby and doll and sugar and sweetie, the licking of lips, the murmurs behind our backs. I play the girlfriend of a mob boss; he shoots me after I betray him. She’s the young wife of the underboss, only has lines in one scene. This movie will make you a star, the director says as he unbuttons my shirt, his snakebite kiss on my clavicle. I bask in the warmth of his attention. But, in reality, this movie will make her a star.

She comes to my trailer at dawn after the last night scene and I paint concealer over the bruise purpling the skin around her eye. I have experience with this. Rim her eyes with eyeliner, brush thick mascara so her lashes look like tarantula legs. Who did this? I ask. No, I don’t ask. Three carats weigh down her finger. I say, even though we’ll miss the wrap party, Let’s escape.

A year from now, before the movie’s premiere, she’ll take a nine iron to the windshield of her fiancé’s Ferrari. Today, she bites her lip. Grab your passport.

I’d follow her anywhere. That girl’s a star, buzzing with charisma. And so we drive across the border into Baja in her Jeep Scrambler. The Transpeninsular and then a dirt road, heading east. A Camel dangles from her pale lips, her dark sunglasses concealing her eyes. I sip tequila straight from the bottle, the ash on my cigarette lengthening. The Jeep lurches through potholes. She puts it into four-wheel drive. We don’t speak of men, not of her movie star fiancé, not the director everyone knows I’m fucking. Her lips purse around the butt of her cigarette. I want to yell into the sunset, but I don’t know what I’d say.

The road runs out at a box canyon. Around its mouth, a cluster of small houses, a bar with a balustrade of cactus wood, a sickly palm grove around an oasis. She turns to a sign, Rancho las Tinajas. Two men leaning on a fence, one a gringo, one a Mexican, both drinking Tecate. Cowboy hats and boots. She jumps out. Her own cowboy boots, the toes sharp points, her black sleeveless shirt ending two inches above the waistband of her jeans, exposing her bony spine. She saunters, she swaggers. A quick conversation and they show us the bunkhouse.

I helped my father shoot a western here, she says. Her family is Hollywood royalty. A line of men snatching whatever they could, making movies where woman were murdered or the easy fucks or fur-wrapped mistresses or long-suffering wives. We lay on bottom bunks, covered with striped wool blankets, and I grasp her hand in the dark.

When I wake in the night, our hands are still joined. The crunch of feet on the dirt outside the bunkhouse door—perhaps a man, perhaps a coyote or the wind. I have a switchblade in my purse, slipped under my bed. I hold onto it, but the danger stays outside.

In the morning, she says, I have a surprise for you. I follow her into the box canyon (remember, I’d follow her anywhere), up the stream trickling at the bottom of the cliffs. The sand grits between my toes. I’d filmed a western once in the desert, and I see plant after plant I recognize but don’t know the name of. At the end of the arroyo, water cascades down the cliff side into a deep pond, the sound like a great wind. The water has eroded the rock to make this pool, the rocks surrounding it pitted with shallow depressions from years of trickling water. Like fingerprints pressed into unyielding skin.

Dare you, she says. I’m already pulling off my t-shirt, shucking off my jeans. The water’s shockingly cold. We splash in the clear blue, our hair slicked back. The mascara I’d combed onto her lashes still dark and thick. Her skin so cold from the water.

Later, we sit and smoke at the edge of the pool. We continue to smoke on our hike back, and then at the bar, stubbing butts out in ashtrays from other bars in Ensenada and Tijuana. We’re drinking beer from amber bottles when the guys from the ranch sit down with us. The gringo feeds her slices of mango, her lips opening for the pale orange fruit, juices running down her chin. Night falls. I am thirsty for the mango, for her mouth.

She leaves to pee in the outhouse and the gringo waits a beat, then follows her. She’ll be all right, the other guy says, but I go out the back. The outhouse, dark against the darker sky. Near the skeleton of a car, wheelless and rusting, two silhouettes lean toward each other. A small noise, a laugh maybe, or is it a note of protest?

In the bunkhouse, I wait in the dark until she stumbles in and slips under her striped blanket. Did you wait up for me, she says, her voice scratchy with cigarettes, floating in the dark.

She stretches her arm across the divide between our bunks. I take her hand, feel the cold metal of her engagement ring. Tinajas means jars for wine. She slurs her S’s. The gringo must have told her that. I don’t tell her she’s wrong. Tinajas means the depressions that water formed over years of scouring, erosion. Our skin, marked with every touch of a man.

Lori Sambol Brody has been published in Smokelong Quarterly, Wigleaf, Tin House Flash Fridays, The New Orleans Review, Craft, The Rumpus, and elsewhere. Her stories have been chosen for the Best Small Fictions 2018 and 2019 and Best Microfiction 2021 anthologies. Find her on on PayPal at @TopangaBrody, with all tips donated to a pro-choice association

sunlight falling across a void