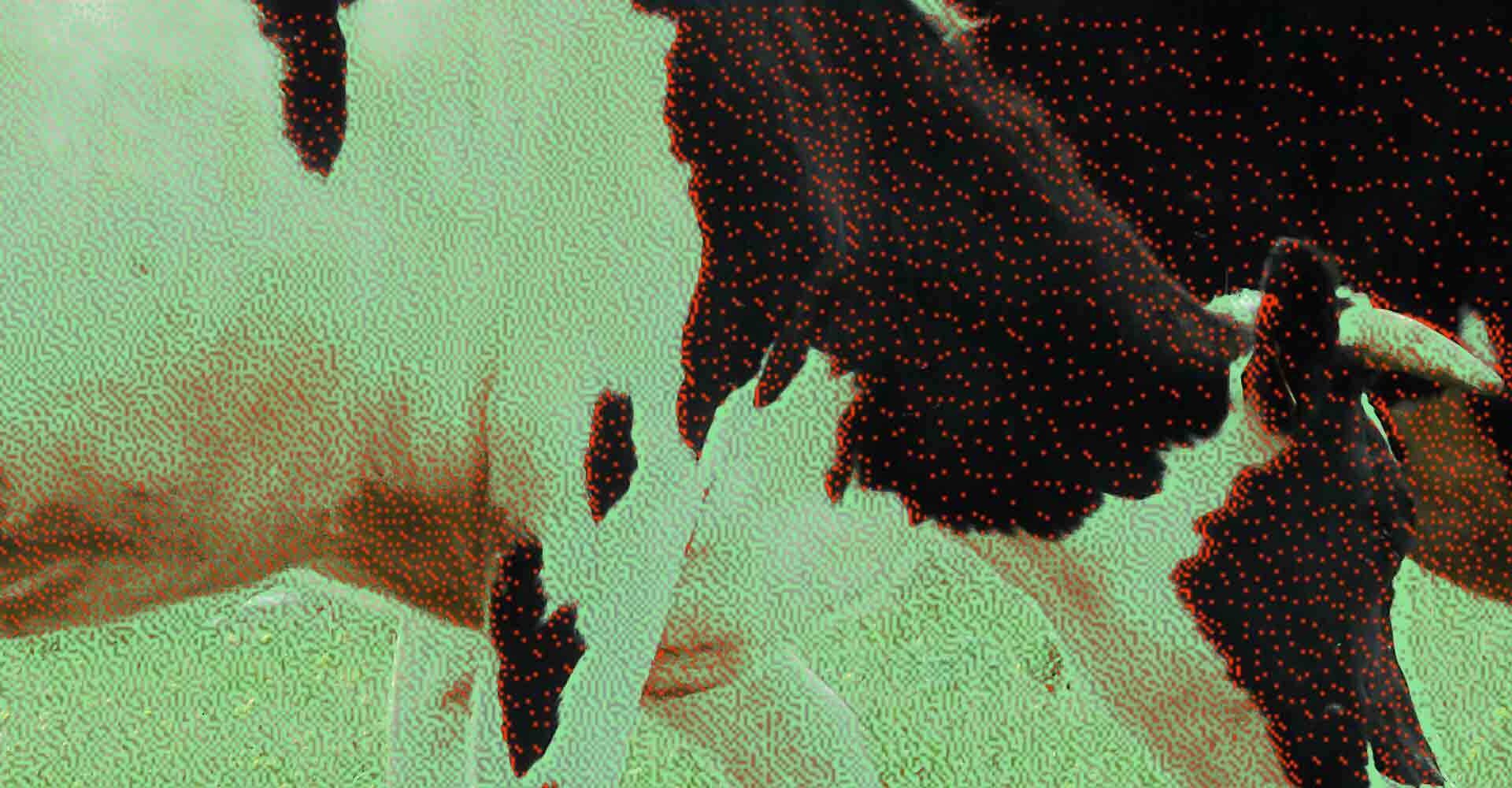 Things are different now, deader. In the past, we used to turn the cow into the leather sofa while the cow was still alive. Those were purer times. The 1990s. It was normal to sit on the couch to watch a scary movie with the neighbor, sneaking handholds in the dark, while the tanned and scrunched face rustled faintly behind us.

It wasn’t uncommon for people to name their couches. They became pets, in a way. Still, my mom didn’t like the idea of a name; the cows tended to die right when your body’s imprint was starting to take shape on the grunting stretch of bovine. At the point when the cushions became cracked and soft, the entire couch had to be left out on the sidewalk for the city’s trashmen. From my bedroom window, I watched them haul the couches off while they smoked and joked about a passing runner’s body. Sometimes they even burnt the couches with their cigarettes and laughed. Roast beef, they said.

As if the couches were edible, which they weren’t. As if that would have stopped some people from trying anyway.

Of course, I knew what was wrong with all of this: the cows were lonely. I almost never sat on our couch after I started my sophomore year in high school, got a part-time job at a dying video store, and started dating a boy called Ziggy. It was also that weird, crossover time in the late 1990s when leather couches made of dead cows first debuted. I remember going over to my friend Sarah’s house one day after school. It was our senior year of high school. Her parents were doctors and never home. But what a home. The house was a museum of tasteful vases and arching rows of CDs and a refrigerator full of Perrier and three lemons. When I asked Sarah why her couch was dead, where its tail was, she sipped on a Perrier, looked at me and said, “I won’t sit on anything with a face.”

How unfortunate for the old couches to be abandoned in this way. As if they’d never existed, all that pain and work. Even I began to sit on them less and less. And then I went away to college, my body newly relegated to the corners of library floors, my dorm room’s papasan chair, the cool concrete staircase leading up to the university’s study hall.

But I did come home for the summers and spring breaks. My parents were one of the only houses left in our neighborhood that still had a living couch. It was like sitting in a barn full of musty memories. The dust floated around my face and stuck to my sweaty skin in a shivering sheet.

One summer, after driving home from my junior year in college, I arrived at my parents’ house, which was at the end of a cul-de-sac. It reminded me of those warm suburban nights that I used to hate, but had since grown to miss. Those nights had a shadow to them that my dorm room couldn’t conjure, even with a black light. A unique and ancient sadness, like the time I discovered a nest with punched-out eggs in my family’s kitchen trash can. The whole mass was covered in ketchup. Who would do such a thing? No one had an answer. We never had ketchup in the refrigerator, or enough patience for slow cruelty.

I grabbed my backpack from my car and slipped inside the still house. Mom and dad were already in bed, I guessed. I dropped the backpack on the floor of the living room, sat on the couch — which was quite old by then — and held its tender hoof. It was like cradling an old photo album filled not only with dead people, but with dead people who were saying, “Why should I be dead? You should be dead, too.” And the only way to answer was to cover their eyes with your thumb, to pretend you deserved to be here.

So Says the Admiral