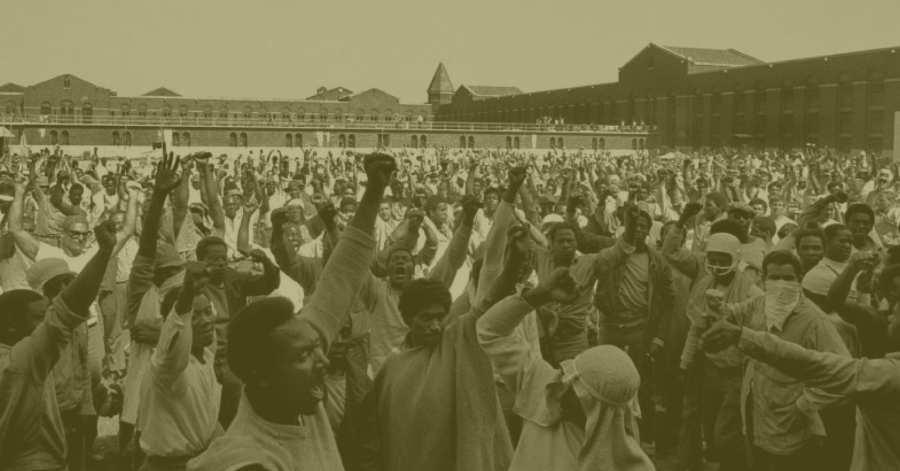 “If he says no, I’m dead.” Hard words from a hard man to the governor.
Cunningham wanted negotiations. What did he know? He was just
a guard. He killed the krauts in ’45, a good Joe,
earned every spangle of his Bronze Star
somewhere near The Ruhr. Where is that, now?

The governor did all he could.

There would be no mercy.
There would be no saving. Cunningham
forced his hard words
from the dungeon of his lungs,
“I’m dead.” His life a spent penny,
extracted shotgun shell, double aught buckshot hole
a black mole on his cheek.

My teachers ignored me, sensed

I’d wind up here, or
somewhere

just as bad. They had to check

to call my name, each day. They

never remembered. They
passed me.

The cops showed more interest.
There was a robbery on my

I had a wad of cash from craps.
They stopped and frisked and

Where’d you get this? Huh?
My lawyer claimed I got
a good deal. He said the judge

family, school, and job. I

him in the eye. He called it

Attica Prison Rebellion, September 13th, 1971:  Raymond Rivera, Murdered Inmate, Prison Chess Grand Master, Commentates on the Negotiations for His Life, and for Those of 2,000 Other People

Chess, chess, chess. Every day, I reached between the bars
to play with Willie West. His knights were killer,
white rooks javelins to my queen.

I don’t want to say I was a pawn during the riot.
I just needed some air.

There were a bunch of dudes at the negotiating table,
maneuvering our lives,
dismissing their opponents with a wave.

Oswald came in. Then Jose Paris. Right on, I shouted.

Granada, The Parable of the Woods, & Saint Sebastian