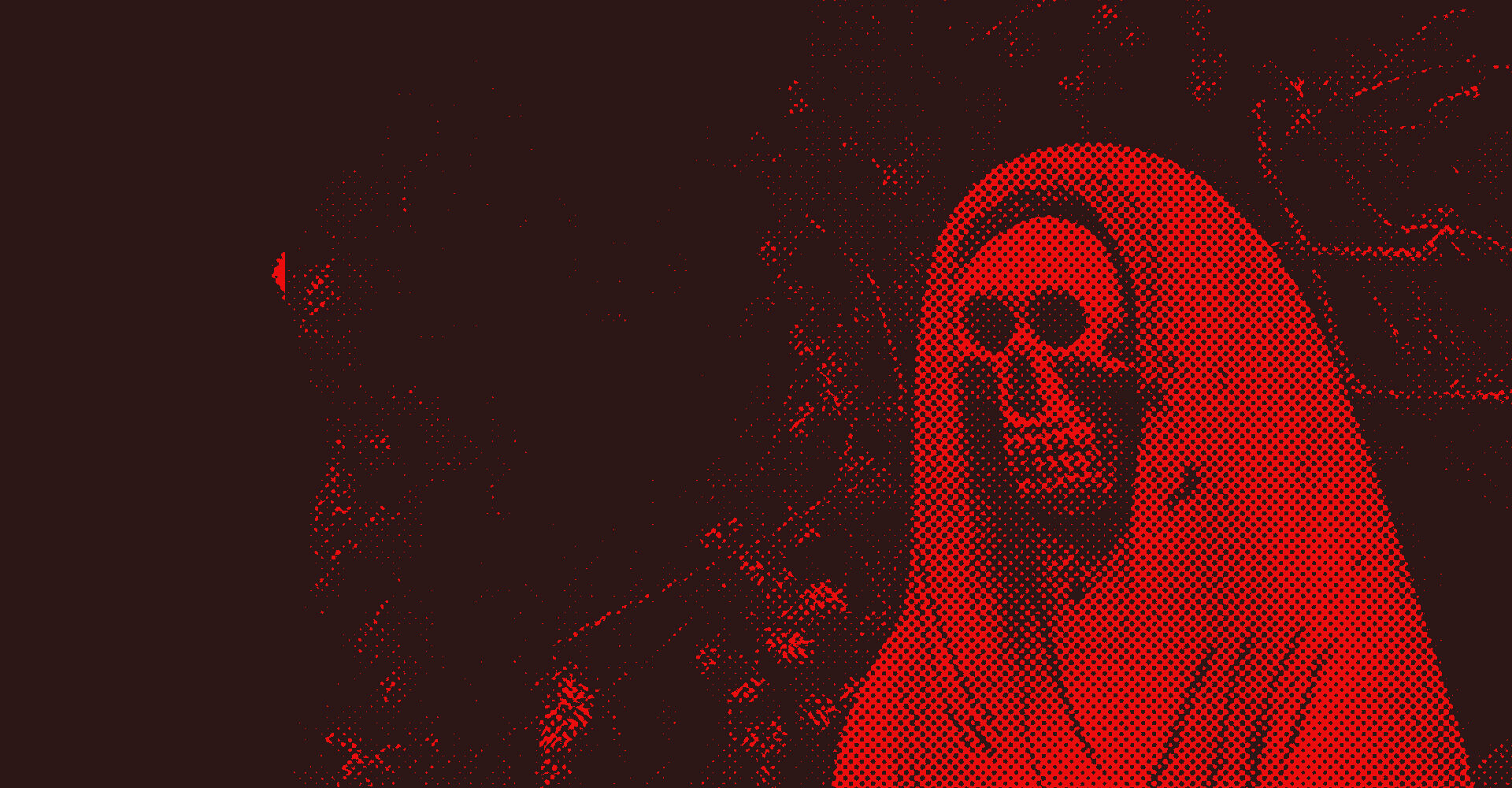 When I Lived with the Witch

Look Annie, at the top of the hill. In the forest there’s one red tree, see it? The witch lives there. In a hut with a pointy roof. A witch with hair so long she could be inside making cedar bark tea and her hair would trail right out the front door.

I know because I used to live there too.

When I lived with the witch it was just the two of us, here in the forest. Sometimes at night it would be so quiet we could hear the highway miles away. Like ocean waves. We would sit by the wood stove and I would draw pictures. I did. I did draw pictures even when I was little. Not of you, silly. You were years and years away.

The witch would write in her spell book and her fountain pen would scritch-scratch and every night we would sing. She would start and when I knew what song it was, I would sing too and our voices, Annie, our voices would intertwine like the wood smoke spiralling up into the sky. That’s how we made spells. Spells surrounding the hut, spells bewitching the forest rangers so all they saw were trees. Never our moss-covered roof. Never our drying laundry. Never our big-bellied cauldron where we took baths.

Because she was a witch, my love. And witches aren’t supposed to raise children.

From the garden, mostly. And she did boil rabbits, but only after they were dead.

I am still bad at math. But she taught me how to start a fire with dry brush and flint. She taught me how deep to plant a carrot seed and how to dive into a book like a swimming pool and how to tell a story and — and how stories have more than one ending. The way the strands of the story loop in the air above the teller’s head.

I did want to stay. I wanted to stay in the woods with the witch forever. But one rainy morning I woke up and I was so snotty and stuffy I didn’t even feel like reading. Just lying in bed all day. The witch made me hot tea with licorice and mint and sat by the bed and told me stories. And the next day instead of feeling better I felt worse. It just kept raining and the wood was wet and so it was cold and damp even inside the hut. And I started coughing and I couldn’t stop. For hours.

So the witch went and got my thickest wool socks. She helped me put on my sweater and my long johns and my hat. She said that we were going to a doctor. And her voice was shaking so much I asked if she was sick too and she said no. She said it would be all right. And she carried me all the way down the hill in the rain, all the way to the highway and someone stopped and gave us a ride. The witch and I sat in the back seat and she told me stories and held my hand. Even though she was so scared to be in a car.

And I was sure that she’d done a spell. I thought it would be like the hut, that they wouldn’t know she was a witch, that they would help me and then we could go home. But witches aren’t supposed to raise children. So at the hospital it didn’t matter how hard I cried, how loud she screamed, they took me away. To a shiny house with two people they said were my new parents. Carpet instead of moss. A bathtub instead of a cauldron. A radio instead of a low, strong voice. And they said I would forget the witch. But I never did.

She is, but — the spell is different now. I went there on the day I turned eighteen. All by myself. I ran and ran through the forest, up the hill. And when I got there all I saw was a burned husk. And I closed my eyes and put out my hand to touch the real door, to turn the doorknob, to go inside, but — but her spell was too strong.

Sage Tyrtle's work is available or upcoming in New Delta Review, The Offing, and Apex among others. She's told stories on stages all over the world and her words have been featured on NPR, CBC, and PBS. She runs a low cost online writing workshop collective. Twitter: @sagetyrtle