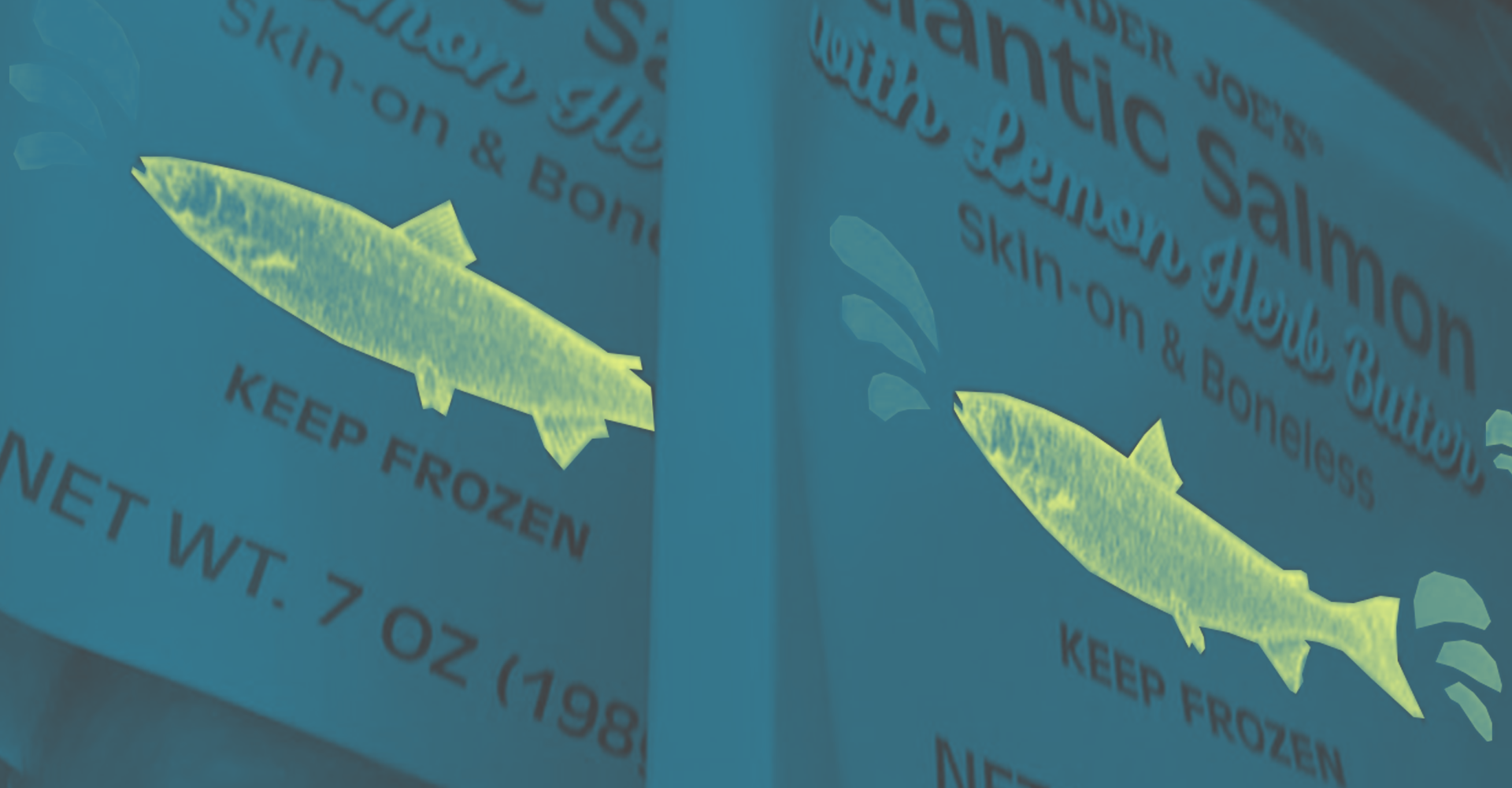 The Year of Minnie

After six years of living in the same house with a rotating cast of roommates, I signed the lease on a one-bedroom apartment in Providence, Rhode Island, beginning September 1, 2020. The number one perk of living alone was not having to put on pants when I rolled out of bed in the middle of the night to use the bathroom (my late 30s bladder can hardly hold it for eight hours anymore). I would have the fridge all to myself. There would be no one to walk in on me melting cheese on random starch items I dug out from the depths of the cabinets. I could leave my laundry in the machine for as long as I wanted, and it wouldn’t be a nuisance to anyone. The TV would only play shows I wanted to watch, and I’d never have to hear music I didn’t want to listen to. I couldn’t wait to be alone.

Then the winter came. The pandemic was reaching the end of its first calendar year, and those socially distanced gatherings in friends’ backyards or front porches became an increasingly distant memory of the warmer past. In November I had a COVID exposure and fully quarantined for two weeks. Even brief interactions with nearby friends or strangers at the park or grocery store were out of the picture. I spent Thanksgiving alone. I spent Christmas alone. For New Years I ordered $50 worth of Applebee’s on DoorDash — you can’t go wrong with that spinach and artichoke dip — and ate it on the couch with a bottle of prosecco. Alone.

Meanwhile, my friend Becky back home in Wisconsin was constantly posting pictures of senior dogs looking to be adopted. I’ve never been much of a dog person, but I like dogs alright. My mom had two dogs while I was growing up, but to me at least, they always were my mom’s dogs, not my dogs or even our dogs. And if a friend has a dog who is friendly and pettable, that’s cool. But there is something particularly adorable about senior dogs. They look sad and tired yet tinged with delight, much like how I feel, tinged with how I always wish I felt.

By January 2021, I felt anything but delight. I would putter around in my slippers, watering the peace lily in the dining room and the pot of pothos and arrowhead behind my desk. New leaves on my monstera gave me something to look forward to, but the mixed bowl of fittonias I bought on Black Friday had died long before the ball dropped in front of a limited capacity crowd in Times Square. I appreciated having my houseplants around for the sheer purpose of having another living thing in my house, but the trouble is they’re not breathing — not in the literal sense, that is. Houseplants don’t make eye contact, and their bodies are cold to the touch. I can talk to them, but it never feels like they have anything to say in response. Outside of Zoom screens, my experiences of eye contact were reserved for my own gazing back at me from the bathroom mirror. There was no one to talk to, no warm body to nuzzle up against while I binged reruns on SVU from the couch. Most days, I was the only breathing being I interacted with.

“Maybe instead of looking at these cute senior dogs, I should get one?” I said probably aloud in an otherwise empty room. Pandemic puppies had become all the rage, but I didn’t want to potty train or play fetch or go for lots of trips to the park or pay for a puppy to attend doggy daycare. And even though I’m allergic to cats, I wanted a small dog who behaved mostly like a cat would: loving, but aloof. One who would be happy to be home most of the day while I worked remotely, spending most of their time napping. I promised my landlord allowing me to get a small senior dog was essentially the same as allowing me to get a fat cat with the bonus they hopefully wouldn’t scratch up the door frames (or my arms, for that matter).

Of course, the risk of adopting a senior dog, and the reason they so rarely find adoptive homes, is in bringing home someone you will love while knowing their time is limited. It was a risk I was willing — even seeking — to take. Perhaps because my dad died when I was nine, and the self-work I’ve done to understand and accept this early and untimely loss, I have a better relationship with death than most people. Ideally, death would be a celebration: the ultimate culmination to having lived your best life if you were allowed the opportunity to live it.

With the official okay from my landlord, I sent out applications on four dogs who were cued up in the Google Chrome tabs on my cell phone. Bear had a sweet but devilish-looking charm, but even in his old age was described as still having plenty of puppy energy left in him. Kayla looked kind, but there was a distant shyness in her eyes, and I worried we might not connect. Myrtle was short and stubby, all black but for a few gray patches on her face and white paws. With her Golden Girls vibe, Myrtle was everyone’s favorite when I texted prospective dog pics to my friends. Minnie had a quiet eagerness in her eyes, expressive eyebrows, and a pair of pointy elf ears. She was a sort of sad-looking, pathetic little thing, and her shelter was the only one that responded to my inquiry.

Like me a few months prior: Minnie was also looking to be alone for the first time in a long time. She was raised in a home with over thirty dogs, all chihuahua and terrier blended mutts like her. At an estimated ten years old, she was the eldest. Her previous owners were a husband and wife, and after the husband had a heart attack in the house, the wife (understandably traumatized) took two or three of her favorite dogs and abandoned the home, asking her nephew to check in on the rest of the dogs periodically. Her nephew eventually surrendered the lot to a city-based kill shelter in Arkansas. Without capacity to accept all the dogs at once, the shelter took them in shifts, and Minnie was in the last group. She was deaf, they weren’t sure if she’d ever been house trained, most of her teeth were rotten and needed to be pulled, and she had a golf-ball-sized mammary tumor hanging from her groin from having never been spayed. The shelter spayed her and removed the tumor, though they warned me there was at least a 50% chance it would come back eventually. They told me at a minimum, her dental bills would cost close to $1,000. “She’s just looking for a retirement home,” they said.

I knew I could be that home for Minnie, and when I asked the shelter if anyone else had expressed interest in her, they said no. I didn’t bother asking what would happen to her if I didn’t adopt her; I already knew the answer. And I already knew that Minnie was gonna be my dog.

On January 30, 2021, I drove to a gas station in Connecticut (the only nearby state where incoming dogs didn’t need to quarantine for two weeks) and waited about two hours for what seemed like two hundred people to retrieve their newly adopted fur babies from a gigantic transport caravan. The last in line, I went to the door and said, “Hi . . . I’m here for Minnie?” The woman smiled under her mask, went into the cabin, came back out, and poured a warm bundle of tricolor fur into my ready and open arms. “Minnie is a sweetheart,” she said, “Enjoy her.”

I took Minnie home (quickly figuring out that locking the power windows was now a necessity in my life), and in a matter of hours my camera reel and Instagram feed went from mostly selfies to mostly dog pics. The first time I went to run an errand without her, I got back into my car and had the urge to pick up the phone and let someone know I was on my way — it had been years since I felt like anyone was waiting for me to come home. I put a dog bed under my desk because when I sit down to write, she curls up into a donut at my feet. Her snores create a gentle backdrop to my hours binge watching TV. She reminds me of how sacred rest is, sighing and yawning with all abandon. Sometimes when she is in a deep sleep, I’ll place my hand on her just to make sure she is still breathing.

My memories of the early days of the pandemic are filled with disinfecting packages of Trader Joe’s salmon and bags of brussel sprouts while trying to socially distance myself from my roommates. Later months were filled with solitude. But the second year of the pandemic was filled by Minnie. Her first outdoor poop. Her first beach day. Her first ice cream. Her first trip to see my mom in Wisconsin. Minnie doesn’t care if I don’t put on pants. She’s got no judgment on how much cheese or starch I eat (especially since anything I happen to drop on the floor is fair game for her to gobble up). She may be mostly deaf, but when I talk to Minnie I can feel her response from those expressive eyebrows and deep, brown eyes. Some days, her need to go potty and eat breakfast is the only reason I get out of bed in the morning. She is truly the perfect companion for me.

As we approach our one-and-a-half-year anniversary, I hope Minnie sticks around another four or five years, but I know that’s not up to me. I feed her and bathe her and take her to the vet. I give her all the love my heart can manage to create, and I do everything in my power to provide her with her best possible life, so her eventual death will feel more like a celebration and less like a loss. I am grateful for every day we have together.

In the meantime, Minnie gives me someone to keep alive.

Theresa Okokon is a Wisconsinite living in New England, a writer, a storyteller, the co-host of Stories From The Stage, and a 2020 VONA alum. In addition to writing and performing her own stories, Theresa also teaches storytelling and writing workshops and classes, coaches other tellers, hosts story slams, and frequently emcees events for nonprofits. An alum of both the Memoir Incubator and Essay Incubator programs at GrubStreet, she is working on a memoir of essays about memory, family stories, and the death of her father.

Dear Casey Kasem. In the decant of Thursday nothing comes early.