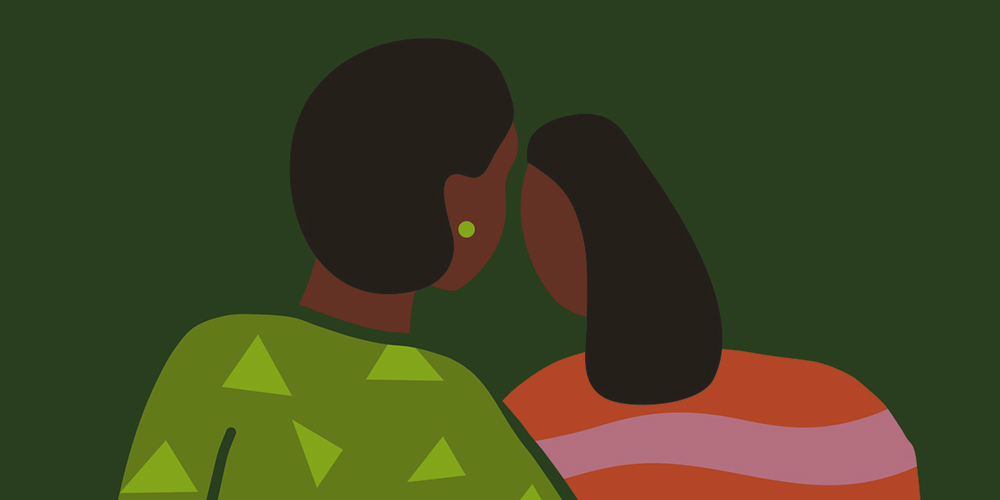 Calculus of Nightmares and Nieces

A bright blue car with extra-large, missing window panes, careens late at night. In the backseat, I’m exposed to everybody on the street. It’s dark, but somehow I’m illuminated.

The talkative Uber driver, over-familiar, smirks at me in the rearview mirror. My hackles rise. I call a male friend to complain. The driver’s boss overhears. He begins beating up the driver, who it turns out, is just seventeen. The boss punctuates his thumps with demands of evidence of the driver’s unprofessionalism. I’m afraid he will thrash the life out of the boy. I make a quick calculation: my safety multiplied by my class status vs. the driver’s safety multiplied by his boss’s desire to prove something. I hear myself say, “It was nothing…bad. He just talked too much. It’s okay.”

He stops punching. The driver apologizes. Or does he? No. He disappears. Like all nightmares, I don’t know how it began.

October 2017: my third nightmare in a row, three nights after the news of Harvey Weinstein’s sexual assaults broke. Less than a year after the election night that put an end to untroubled sleep.

Back on the road, in the same blue car with its pane-free windows, driven by the same driver, now completely silent.

We ascend a hill. It is dark. Of course, it is dark. It’s nighttime, and a nightmare.

Every few yards: men. Alone, in groups, in pairs. They leer, shout lewd insults, throw things through the windows. Rocks wrapped in newspaper. I urge the driver to hurry.

We reach the steepest incline as two men with axes walk towards us. The car has slowed, so slow that the pair of men can reach me in one long stride, can touch me if they stretch out their arms. Their axes, extensions of their arms, glint in the blue-black light. “Faster!” I scream. We speed up, just as the men raise their axes, grinning.

The previous day, writer Kelly Link tweeted: “The strange calculus one performs, being female, when hanging out with the men you don’t know well: do I need to be careful.”

From years of working on gender violence, and from friends and family, I know that even when hanging out with the men you do know well, you ask yourself this question, perform this calculus.

As I typed “the men you know”, the computer auto-corrected it to “women you no,” which struck me as a type of misogyny showing itself.

The night before, I woke up screaming and thrashing. No, not screaming, but thinking, believing, certain I was screaming. I flailed about, moaning, weeping. My parents and I were at an outdoor dining table. My second sister arrived. We discover that my sister’s daughter, my darling youngest niece, barely eleven, is missing. Chaos. Then, terror, and grief. I scream and scream, and what comes out is moaning and thrashing and useless.

An incomplete list of places I have been/am sexually harassed:

***If I add to my list all the places I’ve experienced racial discrimination, would you read my thick-as-a-Bible-directory?

Once, as I walked home, a man, his shirt untucked, and his hand working under his shirt-ends, shouted to me, “Hey beautiful!” I didn’t say anything. I didn’t smile. He said, “Stuck-up bitch, your dirty brown short-ass ain’t even pretty.” I kept walking, past my house, past his line of sight.

Racial and sexual harassment are conjoined, one tripping over the other to get in my head, my way, self-esteem, my dreams. It’s as if I can only recall places and times I’ve been harassed after I moved to the US. The colorism, anti-Christian discrimination, and casual misogyny while growing up in India don’t surface in my mind.

Now the nightmares are all set in India. As if the violence has returned home.

Poet Patrick Rosal has a writing prompt: write about a person you’d want as your guide on a trip to an unknown place. I picked the eldest of my three nieces. She is love and happiness, steadfast, dependable, a planner, a doer. Wild, too. A party animal who outshines a disco ball. She’s fifteen years younger than me; I had no doubt she would be the best guide. She would be unafraid. She is unafraid, I remind myself.

Since Trump, president and accused-by-nineteen-women sexual abuser, was elected, every day, news breaks of men’s violence towards women in every industry. Every day, there’s a new assault on women, immigrants, on Black folk, LGBTQ, disabled. Trump’s legitimization of the separation of children from their parents, the violence towards women, the murders of Black men and women, has the quality of nightmares.

But nightmares visit at night. Nightmares are supposed to be unusual. This presidency is not an anomaly; it’s the cumulative outcome of history, of racism, and misogyny, the two never having been separate.

My middle niece, twenty years old, bright as a shooting star, visited me in the US last year. A joy, a delight. A week into her visit, at a bar in rural Tennessee, a white boy, amazement thickening his voice, said “Are you really from India? Your English is so good.”

When she told me, I laughed for so long she was offended. I explained. Seventeen years before, a week after I landed in NYC, someone said the exact same thing to me.

I FaceTimed her today, about eleven at night in India. She was about to go out, happy, slightly tipsy. She made ridiculous faces at me, and I tried to match her silliness with grimaces and grins of my own. I joked that I’d call her when she wasn’t so drunk. She fake protested. We both LOL-ed and pretended to hang up on each other. But, just before I actually did, I murmured, “Be safe, darling.” She heard me though, and yelled, “Always.”

In my dreams, fear is bright and blue. And I am in India. But I don’t dream of my own sexual abuse as a child. Maybe because when I was molested, I was afraid. But more than afraid, I was ashamed.

I don’t know if this essay is the cumulative effect of the news. If writing this is my #MeToo. It’s true that it’s the first time anyone except the few family and friends I’ve told will know.

Perhaps I’m writing this to circumvent the nightmares. Perhaps now, fear now outweighs shame. Perhaps my nieces sing to me at night.

My therapist says that every person, every character who appears in our dreams is some form of ourselves.

Bix Gabriel is a writer, teacher at Butler University, fiction editor at The Offing magazine, co-founder of TakeTwo Services, occasional Tweeter, and seeker of the perfect jalebi. She has a M.F.A in Fiction from Indiana University, and is completing a novel involving the war on terror and Bangladesh’s 1971 war for independence, set in New York City, Dhaka, and Guantánamo Bay. Her work appears in Catapult, Electric Literature, Guernica, Jellyfish Review, SmokeLong Quarterly and others. Find her tweeting @BixGabriel.

And the Leaves, the Flowers