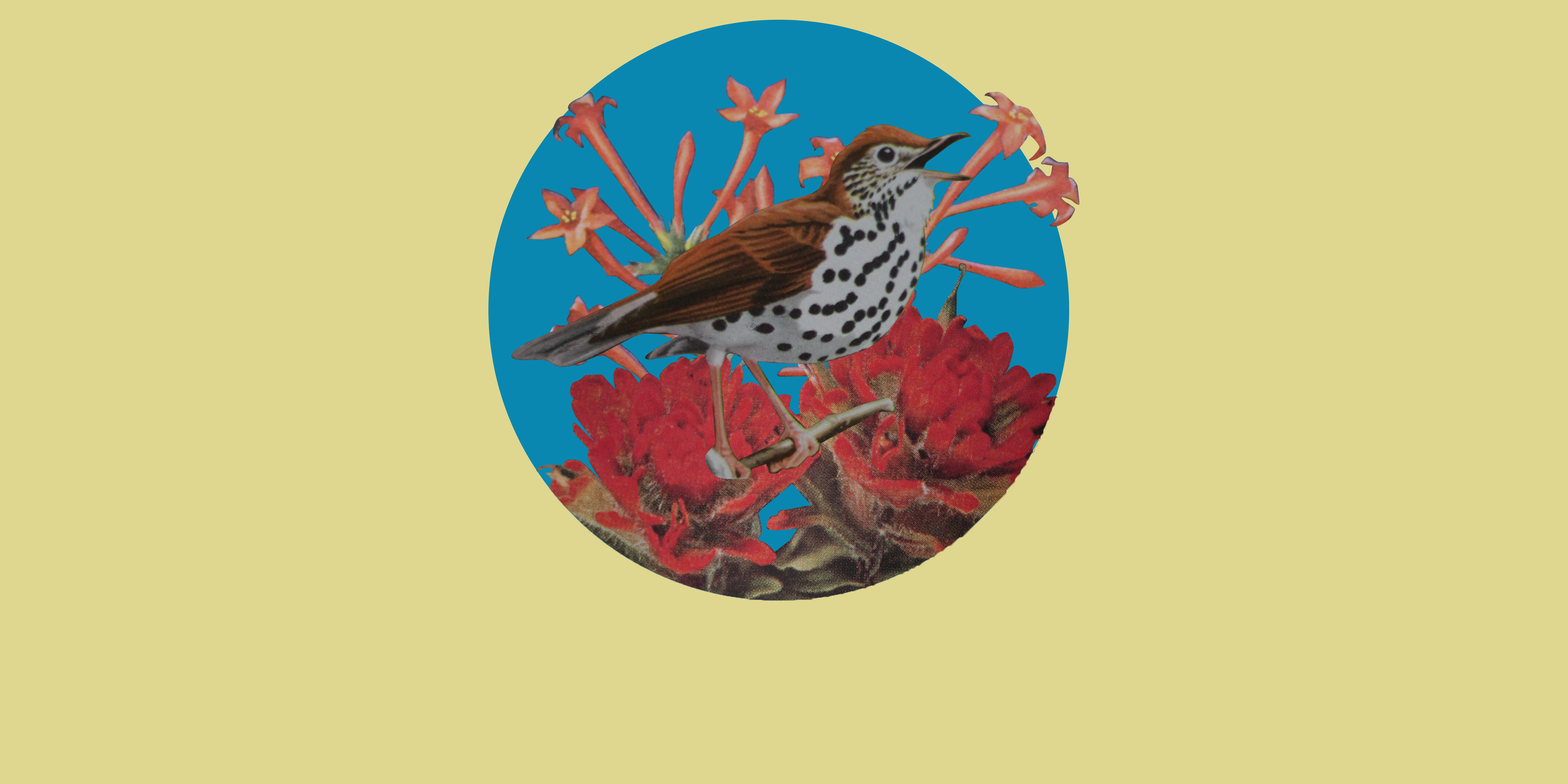 We played there before it was mined and left scarred as a moonscape, back when it was one long tangle of wild. Impossible to leave with our hair untwigged, our ankles plain and unbrambled. We found our first porn there, wet and swollen with old rain. Peeled apart the pages to see the ladies – similarly peeled, and splayed like stars. Drunk on sun and sugar, we took off shoes and socks, ran hooting in the dribbles we called rivers. I wished for deer with spotted flanks, but we saw only squirrel and hare. Once, a weasel, all thin slink, who vanished like smoke into a mudbank.

The day we found the bird, we were lighting fires. We’d snuck a box of matches, struck tip after pink tip against the gritty stripe, then touched the tiny flames to leaf and let them lick. We watched, half in glee, half panic, as the light crept, then stamped it out in shrieks before the fire could catch. Over and over, tongues of flame seaming the green a sooted black. Then – Stop! My sister dropped to a squat, peered into the mesh of weed and hedge.

I huddled next to her, saw as she had the tiny eyes looking back. Black as jet, or the polished glass of our grandma’s beads. A bird, she said, hushed. A baby.

All fluff it was, not long out of down and into feather. Without thinking, I reached for it. Closed it gently in the dome of my hands. I was nine. Had never held a life. Now it was mine, to snuff or gift as I chose. I felt sick with the power of it.

We’ll take him home, I said. Keep him as a pet. But we can’t tell mum. It has to be a secret. My sister nodded. Eyes like plates.

All the way back, he flurried like a storm in the cup of my palms. We shut the door to our room, then let him go. He went immediately, for the window, then reeled away. Whirred from the walls. Landed on the chest of drawers where he thrummed for a moment, his small motor turning over. Then off again for the glass where he plinked and plinked, then clung quivering to the curtains.

We buried him back at the wasteland. A shoebox lined with tissue paper. A prayer we knew from school. We changed the words we knew to make them fit. Our Feather, we said, who art in Heaven. We left a handful of wildflowers. Pretended we didn’t feel like criminals as we wandered back through the long grass. Pretended cheer.

Forgive us our trespasses, I repeated in my head. The sky a little lighter behind us. The ground a little heavier.

Cheryl Pearson lives and writes in Manchester in the North West of England. Her poems have appeared in publications including The Guardian, Southword, and Frontier, and she has twice been nominated for a Pushcart Prize. She also writes short and flash fiction, and was Highly Commended in the Costa Short Story Awards 2017. Her first full poetry collection, “Oysterlight”, is available now from Amazon/Pindrop Press.

FFlash Fiction
When we quiet down, she tells me to make the night disappear, to place wishes on her shoulders, to calm the dividing cells in her body because she can hear them switching, separating, calling out her name.
FFlash Fiction
She's snoring, her face turned to the wall. I want to wake her, see if we can take tweezers to it, extract it like a splinter or a rotted tooth and forget it ever was there, but I know it wouldn't take. Her legs are on loan.
FFlash Fiction
The outside was getting harder to ignore. What was coming was coming for us all.