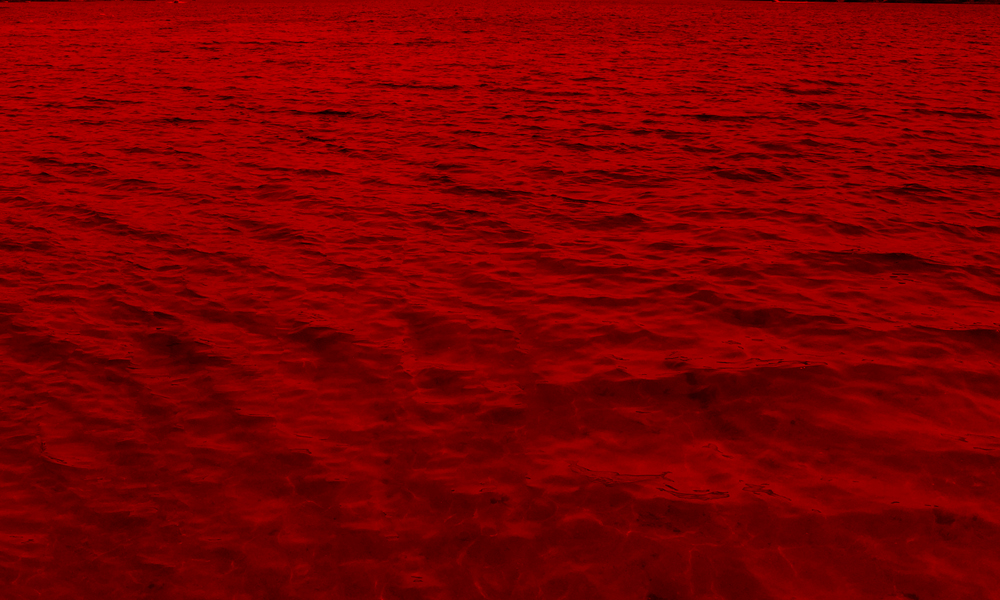 Scoutmaster Justin’s on the pier, leg on a post, balls hanging out of his cut-off shorts like that guy on the Fleetwood Mac album. He has to feel that, has to know he’s flashing the ten of us treading water below. “Dive!” he shouts, all Full Metal Jacket, blows and blows his pink plastic whistle. “It’s cold as hell down there! Watch the cottonmouth nests!”

Two kids dog-paddle to shore, but I suck in summer and dive through the cool to the cold to the fire. I didn’t come here for Scoutmaster Justin’s balls or his merit badge; I came for a reunion at the bottom of this lake. And Scoutmaster Justin doesn’t know jack about snakes. Cottonmouths don’t build nests underwater.

He’s wrong about hell too. This lake roils with almost and what if, Kevin and me last summer, two kids slick and sweaty, a hundred Cannonballs from the pier, boners, stolen looks, held breaths and Ah, this is who we are. That second so slow and real between us. I know it happened, but it faded when Kevin came up screaming, his foot gaping to the bone. Blood puddles glopped around his toes till the rotten pier ran red, till someone called 911, till sirens Dopplered here and away-away—leaving me with a man spraying blood into the lake.

Then the rumors came—blood poisoning, sepsis, a do-nothing dad. Then a one-line obit in the local rag. Then in homeroom we stood up and froze, eyes on the clock’s second hand winding round once for our friend Kevin. Then a nervous collective sigh like Well, that’s that. Except me, standing there shaking like a loon.

If you can figure out what’s real and what’s not, you can harrow hell, Scoutmaster Justin never said. His whistle blows, weedy down here. My lungs burn, but I have to stay, to mine this miry bed till I feel the one real moment I ever had, till I find the blade that split us. It’s not in Kevin’s yearbook photo, not in the angle of his jaw or the curve of his neck to that rented tux. It’s not at his memorial in the gym. A zillion times a day I close my eyes to reconstruct it. I try. But it’s never there. Not even in my own mind.

It’s here at the bottom of this rank lake.

The whistle on the pier squeals like crazy now. They know I’m missing, but Scoutmaster Justin’s not diving in to save me. My lungs pull me down like stones till I see it: a circular saw blade so rusted it sparkles. I kick it once, stunned by how right it feels. Then I give it everything I’ve got—again and again—and watch my blood curl to the surface like smoke.

Christopher Allen is the author of the flash fiction collection Other Household Toxins (Matter Press). His short fiction has appeared or is forthcoming in [PANK], Juked, Indiana Review, FRiGG, Lunch Ticket and others. Allen was both a finalist (as translator) and semifinalist for The Best Small Fictions 2017. A native Tennessean, he now lives somewhere in Europe and is the co-editor of SmokeLong Quarterly.

field son finds a way to make it on this earth