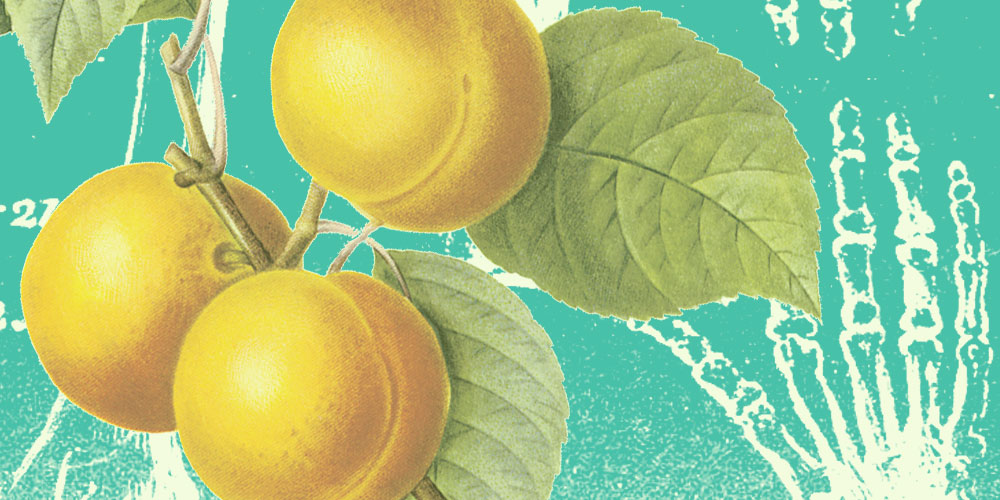 Quercus garryana is the Latin name of the trees on this land in South Eastern Washington. At dusk, I stand next to a pile of rocks and watch the gathering of Quercus as they settle under the melding sky. They are craggily, wind bent, adorned with frizzy growths of dry sea green moss. They are listening.

In the fall, we carried earth-colored rocks and made a large pile. I thought it was beautiful, like an altar. But really, we just needed a place to put them. In the spring, Mimulus guttatus, or common monkey flowers, burst from the unintentional pile of the golden-brown rocks. It was the monkey’s yellow petals and red bulbs that told me this was an altar.

There is always wind here. Brewing, cleansing wind. The hills to the south ripple with windmills that, at night, are lit like beacons. Purple lupine vigorously exerts itself throughout the landscape, its deep roots hard to pull.

Quercus are not tall trees and walking through the forest is like walking with peers­­–fellow queers I joke, to no one­­ in particular. They don’t seem worthy of the term forest, but this is my ignorance—the privilege held by Evergreens in the northwest and Maples in the northeast leading me to believe in a homogenous thing called “forest.” The Quercus trunks are fragile. They seem dry. Their leaves like glossy, dark green hands. Their limbs often twisted and pointy.

There was a boy I had a crush on when I was ten or eleven years old. He lived around the block from me. We must have kissed one day in the hallways of the catholic school that prepared us to be confirmed. Jimmy was his name. I just remembered. And he was short with short words. As the day was dying, we ended up entangled on the chilled front lawn of some house. He was holding me down, and I was fighting him back. I think I was fighting him back. I think he was holding me down. Nothing happened except the exertion of muscles resisting one another, and maybe I yelled, “Fuck off!” Nevertheless, the experience sticks with me. Ugly. I craved the attention of boys in a way that feels duskish. And they–boys­­–never really wanted to give it to me. Not in the way I wanted it­­—loyal and focused.

The rock altars will be covered in green things if we don’t break them up soon. The owner of the land complains because she wanted this to be more like a yard, and we piled those rust-colored rocks in large mounds, which lay dormant in winter and then began to bloom.

Lizards peek in and out of the dark crevices. Tall ryegrass floats upward, multiplying. It is a glorious structure.

Dusk. Eighth grade. We walk to the beach, fluorescent light spilling out from the stores. Dusk. We push a plastic oracle around a Ouija board on the pier, the lights of Coney Island flickering in the distance. Someone spells Lucifer. Twenty minutes later, a car runs into me, folds me into it. Dusk. My head hits the hood. Dusk. I fall. I wake. I am saying stupid shit like, “Tell Joey I’ll always love him,” even though Joey doesn’t know who the fuck I am, and I can’t even have an unmediated accident. Dusk. They take me to the hospital, and I am fine.

Later, I dream of running across the street, a transparent green grid over my slow-motion running. Like a target. The car doesn’t make a sound, but the noise of my head hitting the car is still somewhere just across the threshold of awareness. The ears are the last to submerge.

At dusk, birds shout to one another over the Queer trees. Their song warped by the molecules of the night. Beyond the hills, Mt. Hood, topped in snow, everywhere grain growing amidst the green tide, trees, lupine, so many types of grass–pointy, feathery, slick and wide. Frizzy moss branches breached by wind. Windmills, turning on their red centers as the sun goes elsewhere. Smudges of bluish grey cloud with pink lining. Dusk. I throw Jimmy off me and remove myself from the cold patch of lawn. Dusk. I talk with craggily queer trees and pray at the rust rock altar. Dusk. A porchlight flickers on and then off, not sure which time it is.

Meredith Arena is a queer writer from New York City, where she spent most of her life. She moved to Seattle in 2011 and learned how to drive in 2015. She is an interdisciplinary teaching artist working in public schools. In 2019 Meredith participated in the Winter Tangerine writing workshop, Orchids Without Attached Things and the Till Residency in Washington. She served on the journal Lunch Ticket for four semesters, ultimately as the Blog Editor. Her work can be found in Paragon Press: Echo, Entropy, SHIFT Queer Literary Arts Journal, Lunch Ticket, The Interdependence Project Blog, Lion’s Roar and upcoming in Silver Needle Press. She holds an MFA in creative writing and a Certificate in the Teaching of Creative Writing from Antioch University Los Angeles.