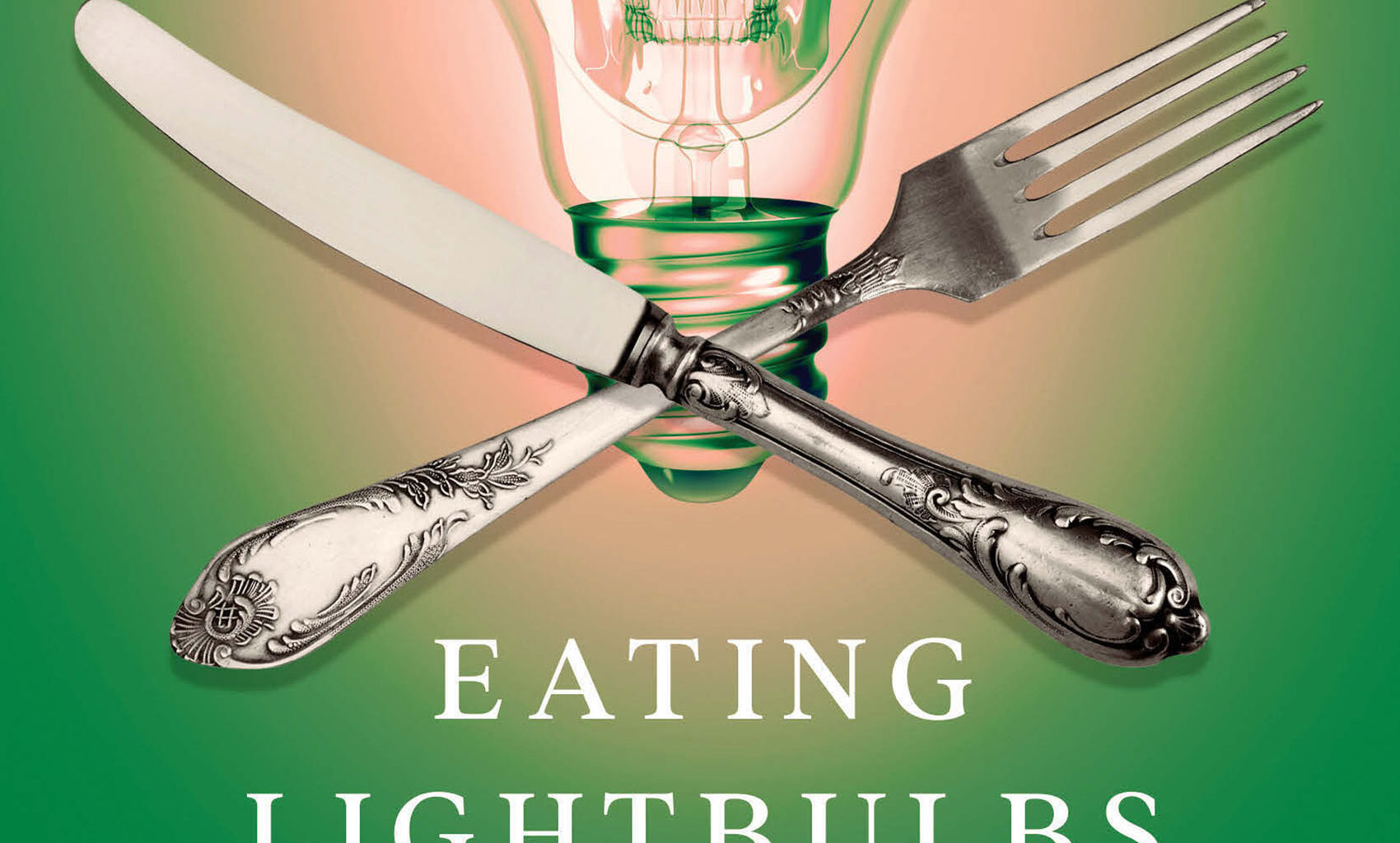 Eating Lightbulbs and Other Essays by Steve Fellner

Eating Lightbulbs and Other Essays by Steve Fellner

In 2022, I’ve spent far too much time looking for bright sides. Unprepared for a future that no mind could have imagined would actually happen, cascades of confusion and a spectrum of emotions have overtaken what’s here and what’s now. Sometimes we look for guiding lights in the form of others who, like us, are also still here. In other instances, we look inward, to our personal pasts as well as other histories to try and make sense of it all.

For many, the act of remembering is like picking up a piece of shattered glass — it can hurt — and Steve Fellner reminds us of this throughout his motley essay collection, Eating Lightbulbs and Other Essays. Reopened wounds, scars, and sculpted pieces of glass are presented on every page, as much an assortment of sharp objects as they are carefully offered gifts.

The essays in this collection are short and mighty, and Fellner packs enough emotional weight in each piece to help the reader engage fully in the feelings brought on by his experiences. Growing up in the American Midwest during the 1970s and ’80s, Fellner describes how he had no role models to guide him due to his queerness, class, and mental illness, identities that weren’t talked about in a way that spoke to the writer. While this collection is composed of many words, “hero” or “role model” won’t be found here, with Fellner instead finding guiding lights in the people he could find love in.

Having already written a memoir about growing up and his relationship with his mother, these short essays function as something of a storyboard for the life of a creative trailblazer, and their brevity creates a bridge from Fellner’s poetry into well-organized thoughts and actions. On movies, queer poets, growing up poor, public breakdowns, and the many relationships a human can create, Fellner’s essays take different forms and shapes much in the way a poetry collection might. Specifically, it’s Fellner’s take on Thom Gunn’s use of form that serves as the author’s way of letting the readers know he’s also very much in on the joke. “Gay writers always need to play their cards right for acceptance,” he writes. “Sometimes things look too gay. Or not gay enough. You need to flatter the audience if you want their love.” This awareness helps keep Fellner ahead of the punchline, to control his own narrative, which is one of the empowering joys of writing nonfiction. His more meta takes like this are inviting to readers, telling them that it’s okay to be aware of these and to contemplate them.

Episodic yet easy on the eyes, Eating Lightbulbs could as easily be consumed slowly, steadily, and over a longer period of time as it could be read in one fell swoop . . . but perhaps that depends on one’s appetite for broken glass. “Eating Lightbulbs,” the title essay, explores the metaphor and meanings that can come from doing this work. Fellner literally fears lightbulbs breaking, and in digging into this phobia he describes how his therapist has asked what the lightbulbs might figuratively mean. He hates this idea but speculates several meanings on a single page: could they reference his father? The fact that he used to burn himself? Ultimately Fellner concludes that metaphor doesn’t work in places one is not willing to figuratively go to.

While the men in Fellner’s life — his partner, brother, father, and former love interests — are detailed intimately, it is arguably his relationships with women that set these chronicled experiences apart from what one might otherwise expect from a gay man today. Implied is a possibility that queer culture is moving from the simple it gets better mantra and growing into a more complicated it does get better, but sometimes it gets worse, and this is how I got through it. Fellner’s mother and her health decline dwell at the heart of this book, and she lives on as the book’s dedication while also sauntering in and out of different essays, turning light on and off when the reader least expects. For Fellner, the mother figure is not someone that disappears with death: “I will write about my mother until I die. No Emily Dickinson here. I don’t want to tell it slant. I’m all about going forward”

The author’s bodily and psychological self are additionally omnipresent, sometimes as an essay’s focal point and otherwise as a quieter, more lingering presence. Fellner’s on-page grappling with the body itself — particularly his own large, queer self — in the essay “Are You There, Judy? It’s Me, Steve” as he wonders what exactly makes a victim. “As a visibly gay kid,” he reflects, “I wondered how much of my pain was self-inflicted and how much of it was beyond my control?” Instead of giving the reader a clear-cut answer, Fellner leaves those words to linger and fends off any semblance of a “happily ever after,” queering the notion of being a victim, queer or otherwise.

Darting back forth through different moments in his life, mental illness is experience in tandem with conflict. Fellner reveals diagnoses of anxiety, depression, and bipolar disorder. There’s no gloss, melodrama, or morals; what’s there is what happened, what’s there is fact. “No matter how many fragments you assemble, you can never create the actual thing,” Fellner writes, though respectfully he has proved himself wrong. Eating Lightbulbs is at once both a mosaic of essays and a Rorschach test that invites the reader to interpret its contents in their own way.

Today, we often talk about “doing the work” in a number of different contexts. The phrase can mean almost anything, from learning a new skill at home through YouTube tutorials to catching up with a friend even though you’re exhausted, to educating yourself on the myriad systems people navigate every single. The phrase could also refer to one’s development of empathy or, in Fellner’s case, doing what it takes to stay alive, navigate mental illness, and document what we’ve learned so that others might benefit. “I’ve earned my metaphors. I’ve earned my sanity,” and that is absolutely true.

Expertly steering himself away from perfection, Fellner walks a self-forged path ever careful of the brokeness it holds and invites readers to examine their own road. We’re not all okay all the time, and Eating Lightbulbs is an honest endorsement of this fact. Lightbulbs break, but we can always turn our faces to find the sun.

“That initial spark”: An Interview with Amanda Paige Inman

“At a certain point, you have to let the story go”: An Interview with Deirdre Danklin