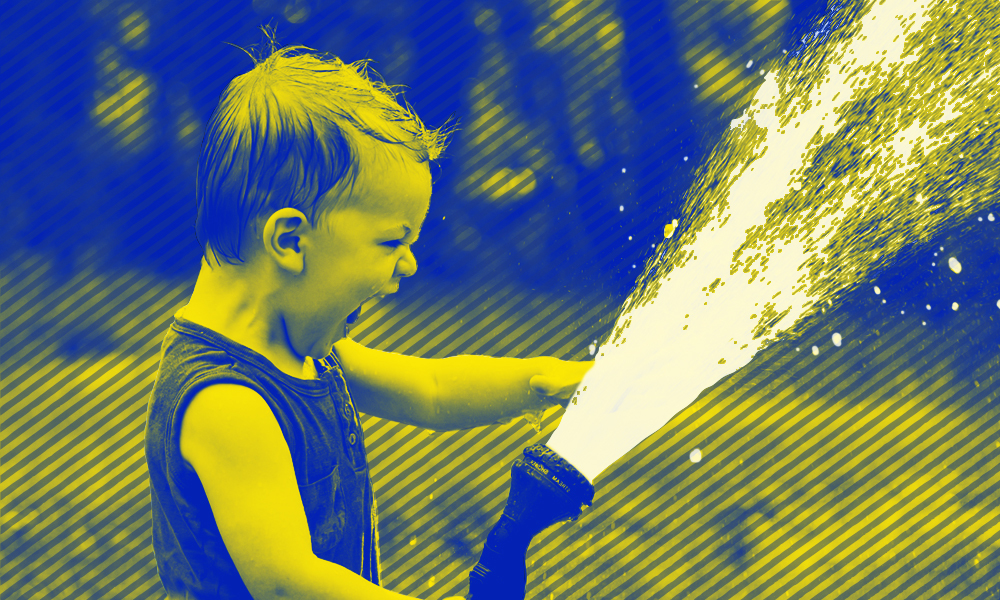 was in New York City. We drank tap with pride. Restaurants served it in pitchers. The air, we knew, was never good. Then, the Towers came down a mile and a half outside the children’s bedroom window. We had nosebleeds; the doctor cauterized me, the baby too. Less than a year later, we moved fifty minutes north to a hamlet with five lakes in a county lush with rocks and pine, where neighbors let nettles and comfrey grow wild with roses and berries in their yards. You could stand on our back deck, reach out, and touch forest, watch wild turkeys and deer, bear and coyote, hear the call of buntings, warblers, and bobolinks. At the playground, we saw the white circular nuclear plant on the river shore in the distance, not yet shut down. One day, the plumber came to fix a pipe under the kitchen sink and told me not to drink the water, to use a filter, boil it. He took a breath so slow I thought a dirge would follow, and exhaled: Per-fluor-o-oc-tane-sul-fon-ic acid. “Forever chemical,” he called it. By then, I had given the children bottles and sippy cups filled from the faucet, ladled soup, let them play in the sprinkler, drink from the hose.

H.E. Fisher is a multi-genre writer whose appears or is forthcoming in Indianapolis Review, Anti-Heroin Chic, Canary, Poetica Review, Miracle Monocle, SWWIM, and The Rumpus, among other publications. H.E. studies at the Hudson Valley Writers Center, and is pursuing their MFA in Creative Writing at City College of New York, where they received the 2019 Stark Poetry Prize in Memory of Raymond Patterson. H.E. is the editor of (Re) An Ideas Journal. They live in the Hudson River Valley.

Not Bruise, Not Eggplant