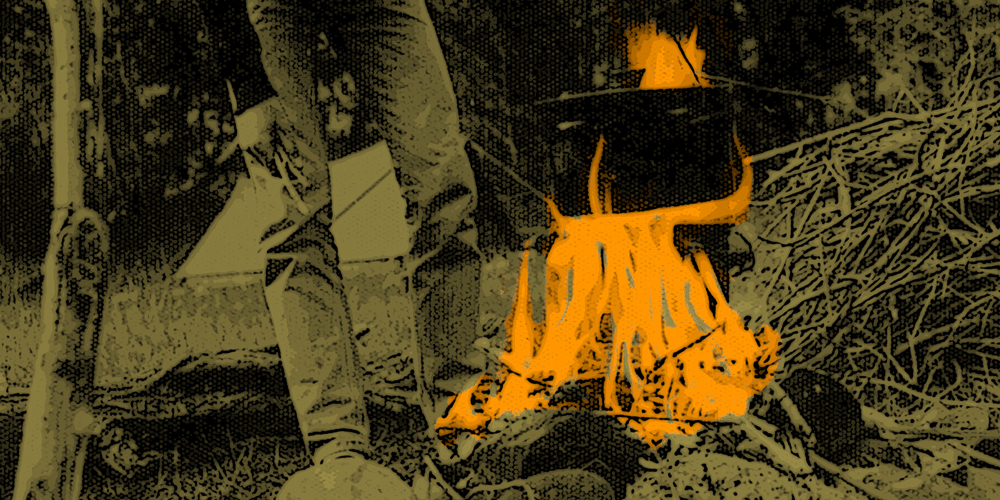 On those childhood Sunday mornings
we used to watch the Orions take flight
from the naval air base.

That base is on the Soviets’ target list,
my mother used to say. If war breaks out,
I’m driving to the base.

I wanted to ask why,
but I knew about nuclear winter.
We had seen a film in school.

And yet: I found ash, rising and falling
as my father cooked trout over a pit fire,
beautiful.

I found the glistening trout beautiful,
and the scales
glittering my father’s hands.

Gutted, too,
the trout gleamed
and my father’s knife as he cleaned it –

scrubbing it with dirt
then rinsing it under a cascade of water
before polishing dry the blade.

I wanted to say:
I’ll run the other way, towards the lake,
but always said: me too.

I would have had to explain about the ash and the trout,
the knife’s edge, about my father’s hands,
iridescent.

Jennifer is a poet currently living in German-speaking Switzerland. Her poetry and reviews have appeared or are forthcoming in Borderlands: Texas Poetry Review, Cotton Xenomorph, Dunes Review, Glass: A Journal of Poetry, Spillway, The Shallow Ends, and elsewhere. Jennifer holds an MFA from Pacific University and in the winters teaches skating at a hockey school.

When I Was a Fish