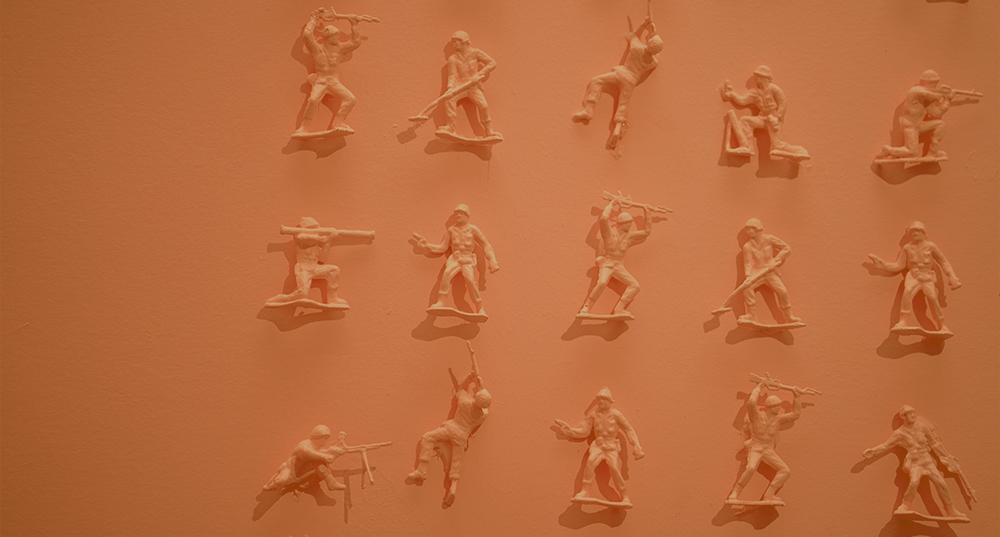 Rick calls meeting to order by pounding his shoe on the upside-down waste paper basket we use as a podium like the President of the Communists did on TV once. Rick begins with a speech about the reason for bringing the meeting to order and the purpose of the International Congress for Kids Whose Dads Are Commie Draft Dodgers, as he and Susan named it last week.

Rick: “All of us lost our dads cause they’re draft dodgers for the war. We all know that’s why they had to go away somewhere, even if our moms or step-dads tell us it was for something else. If I got this all right, my dad is in Canada, Susan and Corbyn’s dad is in jail somewhere in Wisconsin, and Jimmy’s dad is in the White House with a bunch of lawyers. And the lawyers aren’t draft dodgers, but are with the draft dodgers, so I think they’re probably with us.”

Susan asks what the goals of the congress will be.

Rick proposes a three-article constitution, listing five articles as they come to him:

I.    All members must have dads who are draft dodgers.

II.   The congress will help members cope with the uncertainties of absent fathers who are not being killed by communists in Vietnam but are being jailed or spending a lot of money trying to avoid being jailed in Washington.

III.  The congress will help members combat bullying in school because their dads are commies and/or cowards.

IV.   The congress will provide “comfort snacks” to its members when needed.

V.    The congress will also hold regular meetings to address the pressing issues of being a kid whose dad is a commie draft dodger and similar issues.

Jimmy calls for a vote on the five-article constitution. All in favor of the constitution: Rick. All opposed: Susan, Jimmy. Abstaining because he was peeing: Corbyn.

The congress waits until Corbyn comes back, which takes a really long time. He returns and says he got distracted counting the tiles on the floor.

Members vote unanimously to allow for a possible sixth article.

Susan: “We should have designated bathroom breaks.”

Rick: “What does that have to do with being a kid whose dad is a draft dodger?”

Susan: “It’s for the sake of the members.”

Jimmy: “What if someone needs to go when it’s not a break?”

Susan: “Let’s have breaks, but we can also go when we need to.”

Jimmy: “That seems like a lot of peeing time to me.”

Susan: “Well, Corbyn is a little kid and he has to go a lot.”

Corbyn abstains from further comment or digression. He elects instead to look at the floor with his head down, not making eye contact with the older kids.

Rick moves a motion to add an amendment to Article V allowing for specific designated times for recesses and emergency bathroom usage in the event Corbyn has to do something he forgot about. The motion passes unanimously.

Rick proposes drafting a resolution for an official statement in support of draft dodging, but also in support of general US involvement in Vietnam and its allies.

Susan: “What do we all think of this anyway?”

Rick: “What do our dads think?”

Susan: “We can think differently than our dads.”

Jimmy states that his father is a militant pacifist, according to his mother, then asks for a definition of “militant pacifist.” Rick obtains the Official Dictionary for the Congress from his mom’s desk in her room and looks up the word militant, then the word pacifist, despite Susan’s efforts to explain both concepts to the Congress. Confusion ensues.

Susan proposes defining a stance for the congress on the congress’s own terms first, regardless of the stances taken by members’ fathers. She tells Corbyn to call for a vote. Corbyn calls for a boat. Susan says he is still having trouble pronouncing certain letters.

Vote on Resolution to Prioritize Congressional Statement Over Vietnam Conflict comes to the floor. All in favor: Susan, Jimmy, Corbyn. All opposed: Rick.

Susan proposes that the congress declares itself against the draft in solidarity with their fathers, and that they take a stance against the Vietnam War as well. Jimmy asks for clarification on what the Vietnam War is. Corbyn seconds the motion. Rick volunteers quickly and without request to explain that the Vietnam War is between one group of people and another group of people in a place called Vietnam over something called communism. Jimmy requests clarification of the term “communism,” and Corbyn seconds the motion. Rick states that communism is when a group of countries come together and decide that they’ve been victims of something and then make a union.

Susan asks if the congress should endorse communism.

Jimmy states that he misses his dad.

Rick states that it would be in the congress’s best interest for political reasons to declare a neutral stance on the issue of communism, then tells Jimmy that everything will be okay, he misses his dad too.

Jimmy suggests that “missing our dads” should be the congress’s official slogan.

Rick suggests the congress make a stance endorsing Canada and other draft dodgers who have fled to Canada for political purposes, and proposes drafting a letter of solidarity to all of Canada. Corbyn asks about the other proposals that everyone else has already mentioned.

Susan suggests that they are getting ahead of themselves and attempts to mark down their list of allies, enemies, and neutral adjacent parties, ranking Canada as a clear ally, communism as a noteworthy but inconsequential third party, and the draft service as an enemy to dads everywhere, and by extension to children whose dads end up dodging it.

Jimmy says he feels like he is about to cry.

Rick suggests that the congress adopt a strategy of therapeutic shared comforting strategies to help its members cope with the temporary or permanent loss of their fathers.

Corbyn asks why their fathers would be gone permanently. Susan suggests changing the subject. Rick explains that temporary loss will result from political alienation of their fathers, who will likely only face a large fine and five to ten years in jail rather than execution as traitors, given the number of draft dodgers who filed for conscientious objection on religious grounds like that boxer man Mr. Ally and others like him, but there were still a few noted examples of execution or life imprisonment.

Susan suggests the congress move to make hope and unity its primary goals for the sake of improving the mental and emotional well-being of its members, and to bolster its members’ capacity to comfort their other family members, especially mothers, who also miss their husbands because they are commie draft dodgers.

Susan calls a vote for the measure. It passes unanimously.

Corbyn and Jimmy begin crying uncontrollably because their fathers are gone and may never be seen again.

Susan proposes a temporary recess to comfort her little brother and to let Jimmy find some tissues, which are in the bathroom, she says. She calls for a vote. Rick votes against the recess and Jimmy and Corbyn are too distracted by their sadness to vote. The measure does not pass.

Susan: “We should still take a break for a moment and come up with a plan for how to get through this year if our fathers don’t come back.”

Susan: “Democracy stems from the Athenian notion of egalitarianism before the law in village communities, not impractical fetishization of procedures and an uncritical attachment to structural itemization of the communal experience.”

Rick: “Then I’ll stop writing these minutes down.”

Susan: “Fine. Who’s gonna need them anyway? We can remember what happened here.”

Susan takes Corbyn into the bathroom to get some tissue and clean his snotty little face. Jimmy leaves the room, too, to go be by himself, which he has started doing more and more. Rick remains in the bedroom, also alone, keeping the minutes of the congress. Rick wishes he could go somewhere, be with a sibling though he has none, and wishes he was better at being alone, which he is not. Rick drafts a proposal for the congress to present to them upon their return from the impromptu temporary, but very unnecessary and impractical recess regarding solidarity with kids whose parents are separated or divorced and the kids of fathers who are commie draft dodgers and mothers who are never there, who refuse to make more children, and for those kids who need a plan for the future.

Rick makes several revisions, careful about his wording and what the intended takeaway might be given the unique context of his commitment to kids whose dads and moms are absent one way or another. Rick rewrites a fourth draft of the proposal and adds an amendment regarding a plan of direct action, direction, and specific outcomes after set periods of time: double the number of friends he has in six months, triple the number of places he can go that aren’t his house in four months, and systematically reduce the yearly average of nightmares by thirty percent annually until a sense of normal childhood is established.

He later adds the following amendment: calculate the parameters of a normal childhood.

Keene Short is pursuing an MFA in creative writing at the University of Idaho, where he mostly reads history books. His work has appeared in Atticus Review, Split Lip Magazine, Waxwing, and elsewhere.