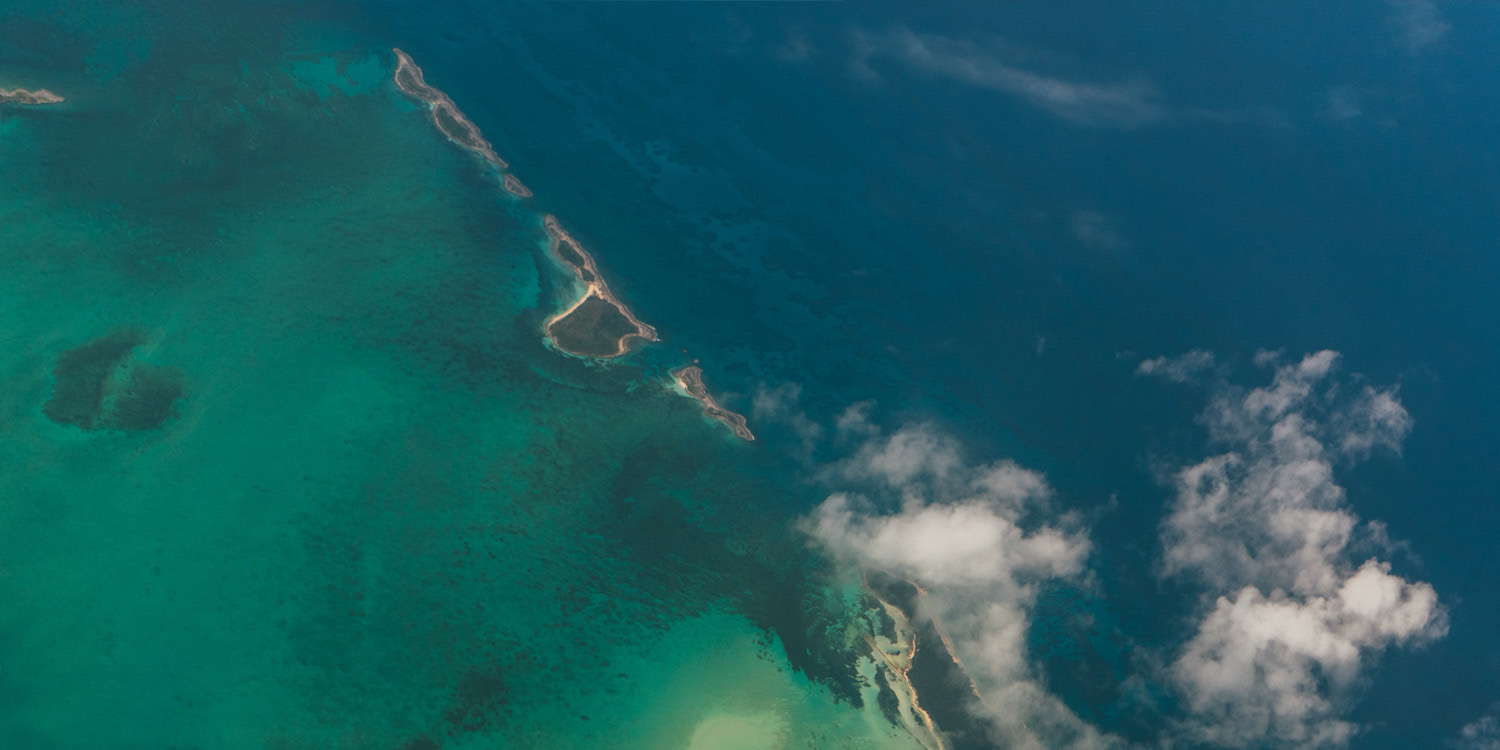 Natural
(Watching Blue Planet II in Bed with My Wife)

Natural
(Watching Blue Planet II in Bed with My Wife)

“You just keep shaking that fin, buddy!” It’s been a while since I rooted for a straight romance, but I can’t help gunning for this little blenny. He’s turned himself completely black except for his one bright orange fin and now is doing a hell of a seductive dance for the ladyfish. It’s all just to get her to lay some eggs in his rock tunnel (that’s not a metaphor, he has an actual rock tunnel). One time I came home late and my wife half woke up, reached her arms up to me like a little kid and said, “Come into my love cave… and we’ll discuss insurance options.” I want to write a monograph about the peculiarities of seduction.

The blenny almost gets the girl, but there’s a wave. There’s always something, isn’t there? I was trying to break up with someone else when I met my wife, desperately wanted to be single again. I had places to be—this blenny chick has personal shit to take care of too, I’m sure. Biological imperative is imperative but not your whole life. My wife didn’t want me for my eggs, though that would have been simpler: just drop a few in the cave and go back to algae eating and wave dodging. Didn’t matter. As it turns out, biological imperative is not concerned with results; it just gets the ball rolling. Upending my life for her was the simplest thing I’ve ever done.

The music condenses into tension—tight, rising chords: the penguins are trying to get through the elephant seals, but then the bloody-mouthed bulls start fighting and somebody is probably going to get crushed. Shit. Even the females get riled up when the balance of power is in question. But isn’t that usually how you get killed in this world? Existing in the crossfire, trying to survive the in-betweens. When I met my wife, we could only be married in some places. Married here, then step eighty yards to the left and you’re somehow…unmarried? I imagined it like kids playing at the continental divide, but really it felt a lot more like crossing a herd of elephant seals.

Well some of the penguins survived the seals, or at least the ones they showed us survived the seals—the media is kind of funny about how they frame these stories. You have to be strategic with your tragedy; keep people just a little hopeful or they stop watching entirely. But I bet the penguins know about their own dead. Still, some of them did make it through, slipping by unnoticed in the chaos. Some of us have made it as well, but not all, not nearly.

Christ, now they’re going through a catastrophic molt. Standing dead still in the snow getting colder and colder, and if they can endure that, they have a shot at surviving the freezing ocean for another season. Delightful. I remember the first time I knew I had a crush on a girl. Near the end of college (I know I know, but I had a lot of elephant seals to get through), my roommate found me sitting on the floor of the empty dining room holding my knees and rocking a little. I sat there for hours, or longer, who knows—it could have been the whole semester. When I finally got up, I couldn’t feel my skin and I had forgotten how to dress. I’ve spent the last seven years trying to regrow feathers, but honestly, I’m still patchy and prone to sudden chills.

I get my wife some soup, (she’s sick, and that’s why we’re watching this show for the twenty-seventh time), and when I come back, there’s a cuttlefish hypnotizing crabs and trying not to get eaten by a shark, and they’re calling the reef an undersea city. They’re not wrong; it kind of sounds like New York because seriously everything here would eat you but only if it notices you first. I’m good at not being noticed, but my wife keeps ruining it because I forget how to look straight when I’m with her. Even on the subway it’s like she’s the cuttlefish hypnotizing the crab (I’m the crab, I’m always the crab) with its changing colors, and I know I’m looking at her like I can’t see anything else, and I also know that’s how you both get eaten alive in the big reef city. And out of nowhere there’s this rando with a camera muttering something I don’t want to hear, and I’m reminded that fish are cannibals too.

But he didn’t really bother me. He was just the shadow of a shark. What got to me was the older woman on the subway who sat next to us for half an hour and then, after I put my head on my wife’s shoulder (it had been a long day on the reef), got up abruptly and stood with a stiff-back and a side-eye in the middle of the car as far away as she could get on the crowded train. It wouldn’t exactly be the first time, but I noticed under her big winter coat she was wearing a nurse’s uniform.

I hold my wife’s hand a little tighter (both now in bed and then on the subway) and wonder if this nurse knows about kobudai: about how they can swap genders when they get big enough, or that there are female albatross couples who raise chicks together for their entire lives, or about any of the other ways that nature is infinitely messy and complicated and weird. I wonder if she knows I never wanted to get married until I thought about what it would be like to be trapped on the wrong side of an Emergency Room door. That every time I step into this toxic shock of a world, I wonder if I’ll be as lucky as the cutthroat eel surviving the brine pool for another day.

Photo by Cristofer Jeschke on Unsplash

Kate Tooley is a writer and theater person currently living in Brooklyn with her wife and a cranky tuxedo cat. During undergrad she was published in a variety of university lit magazines including the Virginia Literary Review, and has had plays produced in Virginia and South Carolina. Her fiction can currently be found online at Apocrypha and Abstractions and guest blogs about books she loves and literary events are available at erikafranz.com and on The New School's CW blog. She is originally from the Atlanta area and is always here for dad jokes and bad puns.