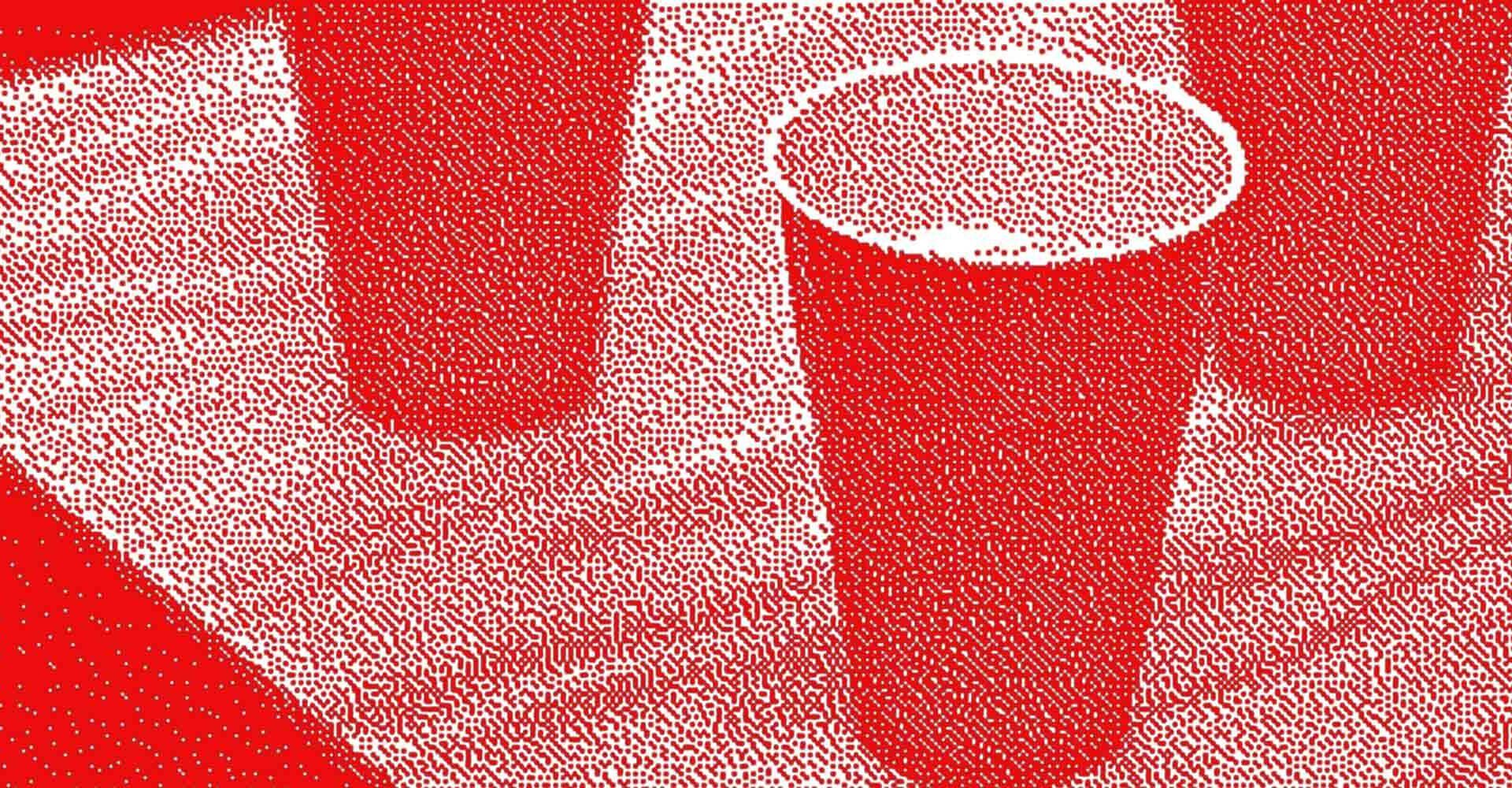 It Must Have Been

It must have been someone’s birthday and it must have been a Monday night. It must have been December, a quiet month. We must have eaten cake in the lounge on the second floor after our 11:00 a.m. to 6:00 p.m. shift. There must have been beer, and whiskey too, which we must have drunk out of red plastic cups. We must have lugged the CD player upstairs, hummed along to the dripping sounds on Portishead’s Dummy and danced to the Pulp Fiction soundtrack. We must have joked to our boss, who we called Mr. Manager before he left for the night about how we were going to break into the shop and try on all the costumes, starting with the most expensive ones, the taffeta dresses from the Moliere plays and the hand-stitched wigs. They trusted us with the money, why not the keys too? There was no one around except the ghosts.

We must have thought well, now that we said we were going to do it as a joke, wouldn’t it be funny if we actually did it? We had closed the last show of the ’95 season the night before. It was someone’s birthday: Nicola’s. Like me, she was a box office staff member and an actress. Statuesque and auburn-haired, she was pure magic but didn’t know it. Gloria was there too, another box office worker who underestimated the magnitude of her charms, with her perfectly lined lips and one-line quips. Her short, funny friend Jeffrey was there, not a box office worker but an actor. Keith was there which means, of course, so were you.

You guys were the instigators. Was it weird for me to hang out with you and your new boyfriend, Keith? It had been almost a year since you had started dating, which was just a few months after he died.  It must have been weird. I had nothing against Keith, Keith was a fucking delight. I just wanted us to miss him together.

We must have been drunk. We were definitely drunk. We were all serious students of the thee-uh-tah, accustomed to its longstanding rites and rules. We had listened to the lectures from the shop women who knew and did not fool themselves for an instant that we students would wreak havoc on their special creations. We had listened to them with our heads bowed standing still like soldiers beside the metal sewing machine tables lined up like mini tanks beneath the windows. I had spent a semester crying over one of these machines, trying to corral the electric needle as it bobbed and raced away from my well-intentioned but inexperienced hands attempting to guide the fabric underneath it, abandoning me to my sad swatch of muslin and tangled thread, an ugly mess, not the orderly line of stitching I had been hoping for.

I wasn’t longing for our lost friendship anymore but inching toward acceptance of my empty-handedness, doing my best to fill it, still unable to separate from you, distinguish my grief (just beginning) from yours(near its end). You were his partner, and he had been dying before we even met which was only a few months after I sat in the front row at the world premiere production of Angeles in America, unaware of the front row seat I would soon have.

I was just the friend who showed up.

We must have unlocked the door, laughing and shushing each other. We must have fanned out across the shop floor, dived into the racks packed tight with pants and shirts, coats, dresses, and skirts made of every material, from every possible time period.

“What’s this?” someone must have said, hand on the knob of a door we’d never noticed. Locked.

Someone must have tried all the keys and they must have found the one that fit, must have flung the door open and we, like a gathering of Eves tasting our first fruit, relished the rush of being let in on a secret. It was the restricted room, where they kept the good shit, away from us reckless youth who couldn’t possibly know the value of things: crowns and capes, frocks and furs, hats adorned with feathers and lace, jewelry gleaming like a pirate’s treasure laid out carefully, one by one, in narrow drawers: rings, necklaces, brooches.

“Look at this,” Gloria must have said, an elaborate tiara on her head, looking like the Queen of Hearts ordering a beheading.

“What about this,” Jeffrey must have said, “All That Jazz”–ing a bowler hat and cane.

“How about this?” Keith must have said, a lacey red hat tipped over one eye, sparkly bracelets stacked up white-gloved arms.

“Look at this,” someone must have proclaimed, and that someone must have been Nicola and the “this” must have been the full-length coat made of lamb’s hair that a legendary actress had worn in The Cherry Orchard. We must have been drawn to it like needles to fabric because there is a photo of us with our hands all over it, all over Nicola, who is standing while we are kneeling before and around her, heads on top of each other looking up at the fur-covered goddess Nicola. Your eyes must have met mine and the channel must have opened briefly, a recapturing of the times before, when we used to have so much silly fun, all of us caught up in the delirium of the drinking and rule-breaking and dress-up-playing in the secret room of a dark, haunted theatre that we entered because a small strip of metal with little teeth carved into it fit the lock.

I had lost the key to you when we lost him. I must have been the last person you wanted to ever see again.

Six months after he died — six months before we broke into the costume shop — I got a call: my father was dead. With many hours to go until morning light, when I could drive to see my mother, my friends came over to keep me company. Someone must have picked you up. I hadn’t asked anyone to, we weren’t friends anymore, but someone must have. You must have left New Boyfriend Keith at home. The light from the lamp hanging low over the dining room table made your flaxen hair glow, the whole room a warm yellow, and in the center an unopened Sunday Tribune, an above-the-fold headline: “Christopher Reeve, Paralyzed After Horse-Riding Accident, Dependent on Respirator.”

We looked at each other over that heartbreaking headline, one last moment of silent connection. We know tragedy, you and I, your eyes said, know how its potential is contained in every moment, any sense of safety, an illusion, though we were both too young to know this, that anything can happen to anyone at any time, gone, poof, goodbye, over. I knew then we would be like war veterans, having survived something together, tethered to each other always, the keepers of shared knowledge neither of us wanted. It must have been a few weeks later that my therapist asked: Why didn’t you tell me that your father was sick? And I must have said: I didn’t know he was. It must have been years later when I wondered why I had gotten so involved with you and him and even more years later when I realized it was because you let me.

Nicola must have taken off the coat. She must have put it away. Someone must have put the hats back on the foam heads, the jewelry in the correct drawers by type, by era, by color, by size. Someone must have closed the door to the secret room and locked it, closed and locked the costume shop too. We must have cleaned up the cake and the beer and the whiskey and the red cups, put the CDs into the shoebox, brought the portable player downstairs. We must have left the keys in the back office, locked the doors to the building. We must have departed, to different parts of the country, to graduate school, to law school, to other theatres, other box offices, other boyfriends, other friends like spokes radiating out from that time we broke into the costume shop, no one else the wiser because everything looked the same afterwards, like nothing had changed, like that time I took to him to the multiplex one year before the end because he really wanted to see the movie Philadelphia and you said you’d never be able to get through it and, as the credits rolled, he and I sat in our seats in the back, his cane nearby, our insides shattered, while on the outside we must have looked exactly the same as we had when we walked in.

So Says the Admiral