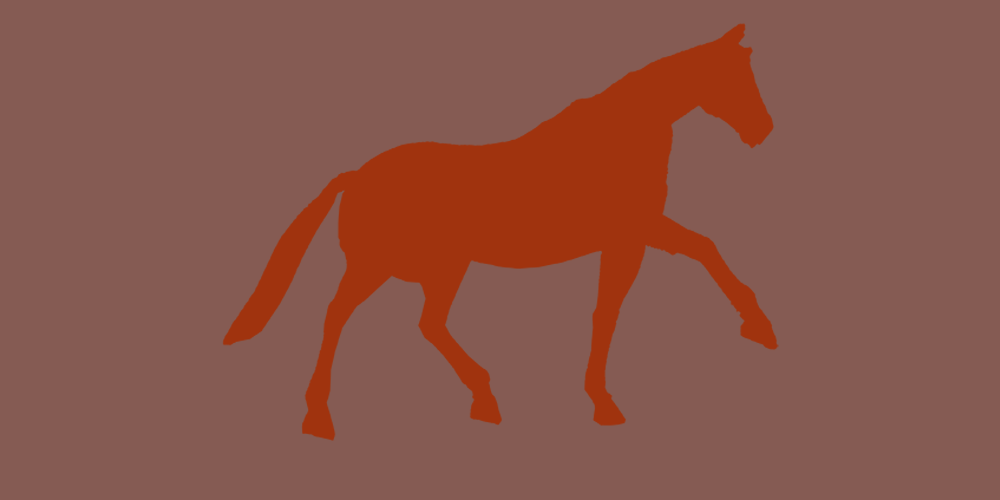 There is the needle. Before that, there is an equine veterinarian preparing a lethal dose of sodium pentobarbital.

Before that, there is a magnificent Bay thoroughbred named Frankly My Dear in a trailer, pupils stretched and oblivious, hips and ribcage palpitating to metallic crackles as the truck ahead trots forward.

Before that, there is a connection of low-moisture keratin capped with aluminum with its close cousin, the high-moisture keratinocyte compound stretched over just a few cubic centimeters of collagen and calcium phosphate, otherwise known as the cheekbone of a four-year-old at Jeffersontown Christian Church preschool.

Before that, Layla and Maximiliano hand in permission slips.

Before that, there is a paper sent home detailing an end-of-year, reverse field trip where the animals come to them.

When Luke was a kid he wanted to be an interventional radiologist. After four or five concussions, he forgot calculus and figured out he loved words instead. He has an MFA in Creative Writing from Butler University, where he was the former fiction editor at Booth: A Journal. His work has appeared or is forthcoming in Inch, Limestone, Cleaver, Moonchild Magazine, and elsewhere. You can follow him on Twitter @LukeWortley or visit lukewortley.com.