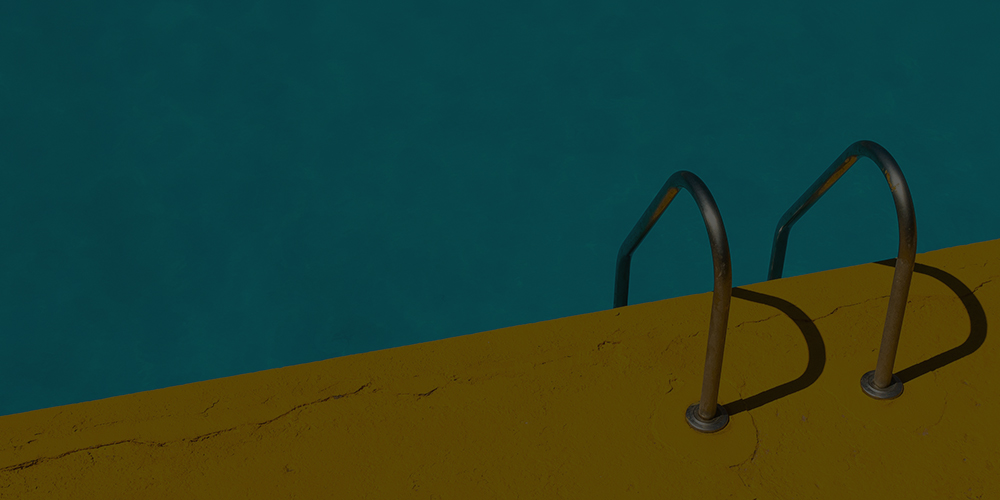 My little sister DeeDee drowned but they brought her back and now she is my dead grandmother. On the first day back to school, she accidentally bumped into Stanley, that fifth grader who looks like a seventh grader, and said, oh, cheese and rice. Of course, he responded, what the fuck did you just say? And she says, young man, do you kiss your mother with that mouth? And of course, he punched me, not her. In the arm not the face, thank god, so it didn’t leave a mark. I was glad I didn’t have to explain what happened to Mom because she doesn’t believe me about the grandmother part. Plus, DeeDee only talks like Grandma to me so I have no idea why she said that to Manly Stanley.

DeeDee saves her napkins from lunch. She folds them up and tucks them in her backpack. She says, waste not, want not, this is a perfectly good napkin. I eat with her every day even though she’s a third grader and I’m a fifth grader. I worry if people hear her talking to me, they’ll make fun of her for being an old lady. But she’s not just any old lady, she’s our dead grandma and just like our grandma, she’s mean, but only to me.

Too bad you aren’t as smart as the other girls, DeeDee says one day on the way home from school. It was report card day and I was worried. I usually get all A’s but this year, not even one. DeeDee says, too bad because you’re no looker, I guess you got bad luck coming and going. It does feel like I have only bad luck, but I don’t say anything.

We were close before she drowned. She was never annoying like some of my friends’ sisters. We rode bikes together, I read to her, sometimes I even ate some of her broccoli when Mom wasn’t looking so we could both have dessert. We shared a double bed and at night we’d take turns drawing pictures on each other’s backs and guessing what the pictures were. I always drew easy shapes she could guess – clouds, flowers. DeeDee always drew farm animals with party hats on airplanes or Ferris wheels. Now she goes to bed early and snores at night and that’s why I sleep on the couch.

I don’t like to think about that day. We were playing Marco Polo at the pool with some other kids. I was Marco. I never cheat when I’m Marco. I keep my eyes covered, even when I wander into the deeper parts. It was crowded because it was extra hot out. It was so noisy, I could hardly hear all the Polos after I yelled Marco. I wound up far from the edge, bouncing on my tiptoes to keep my chin above water. It got louder, loud screaming, and I uncovered my eyes just when the lifeguard dove in. I climbed out on the deep-end ladder and when I turned around there was DeeDee on the concrete, across the pool. All I could see were her legs from the knees down because of all the people, but I recognized the Care Bears Band-Aid just below her left knee because I put it there that morning. It was DeeDee. People started yelling, she’s not breathing, try mouth to mouth, did anyone call for an ambulance and I ran through the locker room and straight home.

When I burst in the door and Mom said what is it, what the hell is it? I was breathing and crying so hard I could hardly talk but I told her, DeeDee drowned at the pool. Mom ran to the phonebook and looked for the pool number, ripped out the page, dropped the phonebook on the kitchen floor and dialed. Her hands were shaking when she punched the numbers. I heard her say, my daughter just ran in the door and said her sister drowned – there, at the pool. Her voice was the trying-to-be-calm voice she used when she was upset.

Then, nothing. She stared at the wall and listened, she put her hand over her mouth and turned away from me. She hung up the phone without saying goodbye and grabbed her purse and car keys, stopped and looked at me, said very slowly, what happened to stay together? She said, you—. Her mouth froze and then she shut it tight, took off her apron and left. I think she went to the hospital. It’s kind of a blur. I remember her hands shaking, the phonebook hitting the floor, her mouth in an ‘O’ after saying ‘you.’ Sometimes I wonder what was coming after the ‘you,’ but I’ll never ask.

Another sign DeeDee is my dead grandmother is that she never walks barefoot anymore. You’re only as healthy as your feet are warm, she says. That winter she even wore two pairs of socks because of a tickle in her nose. She said, you know what that means. I remember we used to walk barefoot all summer long. That last summer together, when she was still my sister, we made hopscotches on the sidewalk all the time, using all different colors of chalk, starting from our driveway going all the way around the corner, over a hundred boxes. Making the hopscotch was the best part but we always played when we were done. The Band-Aid on DeeDee’s leg was from the morning hopscotch. We were barefoot as usual. When she got to number thirty-two, the box was too long and DeeDee stretched a little too far to get over it and fell, the sidewalk scraping her just below the knee. She was brave and didn’t cry. She laughed when I spit on my thumb to rub off the tiny pebbles stuck to her knee. I said, I’m just doing what mom would do. She didn’t get mad, she laughed. After we went in for a Band-Aid, it was her idea to go to the pool. It feels like a million years ago.

I wondered all the time why DeeDee came back to life as my mean dead grandma. Grandma died when I was seven and all I can remember is not crying at the funeral. DeeDee didn’t either. Daddy cried a little and Mom patted his back. Grandma was nice to everyone else – the mailman, the neighbor and anyone at all who called on the phone – but she had a special voice for us. She said things like, doesn’t your mother know how to dress you? You look like orphans. Haven’t you heard of a thing called a hairbrush? My sister’s granddaughter is so beautiful, she’s a model, you know, and she has so many model friends. Once she said to me, you know why they named you Pat? Because they could tell you’d be more like a boy than a girl even when you were a baby. After that I asked everyone to call me Trish.

I had my friend Nancy over once after that summer but after she went home, I figured out DeeDee was spying on us. She came into the bedroom and started playing with her dolls. I was reading and not paying attention at first and then I realized she was making the dolls repeat our conversation. I think boys are icky, don’t you Nancy? Well, I think most of them are icky but maybe not Nick. He’s so cute. DeeDee made us sound stupid and hearing her made me think I was stupid. And I had the idea she felt left out so I better not have friends over. Even though she was my mean dead grandma now, I had to take care of her. Hard as it was on me, I was all DeeDee had.

Another time on the way home from school DeeDee said, I bet Mom’s not even home when we get there. I bet Daddy doesn’t get home till after dinner. I said, I bet you’re right, and she goes, you’re the reason they’re never home anymore, at least not at the same time. You know that? It’s because of you. I didn’t answer. Sometimes I don’t even answer in my head when DeeDee says things that make me feel bad. It’s true that ever since DeeDee drowned and came back, we’re alone in the house most of the time. I didn’t know it was my fault until just then.

At the end of the school year we were eating alone at our lunch table since no one would sit by us and I pulled out a package of Twinkies. As I opened it, DeeDee says to me, you know why there are two Twinkies in every package? Why you can’t buy just one? I asked why and took a bite of one.

She says, so your left ass will be as fat as your right ass after you eat them.

I didn’t offer to share. I know I’m fat like DeeDee always tells me, but I ate them anyway. I always worry about who will eat with DeeDee next year, when I’m in middle school. Another thing that’s my fault. She didn’t use to be old.

When school got out, Mom didn’t bring up joining the pool. I guess she knows I’ll never go back. I’ll be like her, go to bed after dinner and sleep late. I’ll just spend the summer on the couch, reading all day, sleeping there at night to get away from DeeDee. I’m reading David Copperfield now, or trying to, the longest book I could find at the library. Mom’s in the kitchen on the phone, as usual, so I am listening, but not on purpose.

“You’re right. There’s probably either a crisis or a resolution coming in the fall, when she starts at the middle school. I hope it’s a resolution. I can’t handle another crisis.”

I hate it when she talks about me. I hate it that she and dad are always yelling at each other, if they’re ever home at the same time. I start reading out loud to block out Mom on the phone. DeeDee says, cut it out – you think anyone besides you likes the sound of your voice? Like nails on a chalkboard, but worse. Of course, I stop reading out loud and now I am just staring at the page. Maybe I should just stop talking, period.

Photo by Etienne Girardet on Unsplash

Michelle Geoga is an Illinois writer and artist with an MFAW from The School of the Art Institute (2017). She was awarded a residency at Yaddo in 2018 and has work in Ekphrastic Review, New American Paintings, Five on the Fifth and forthcoming *82 Review and Cleaver. She is currently seeking representation for her first novel with the second well under way.

The Second Coming of Mary