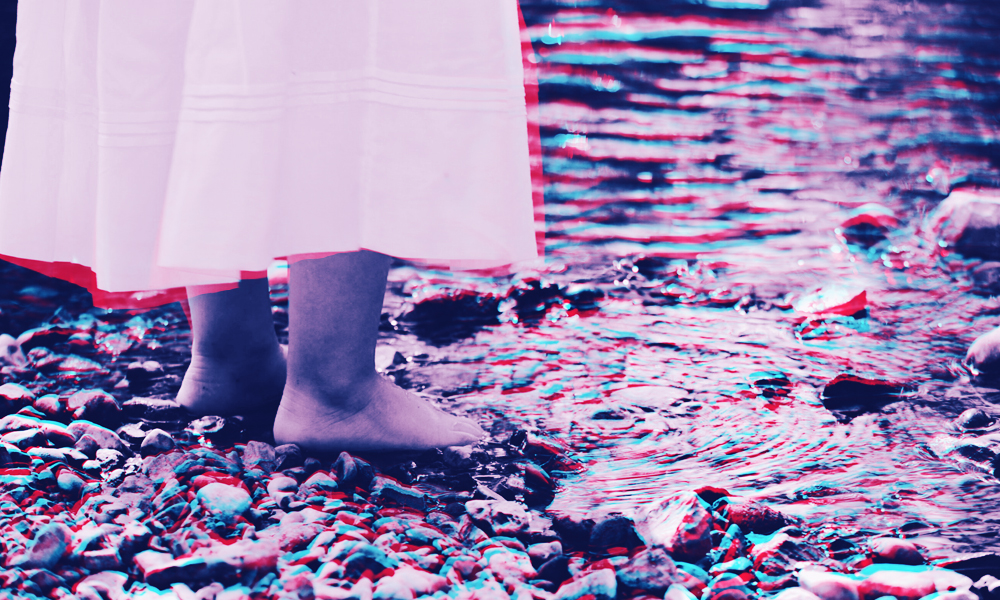 Her life is a series of well-worn routes: nine steps from the bedroom to the bathroom, one flight of stairs plus two left turns to the kitchen, a single concrete step down to the used Honda in the garage, 2.3 miles to the office where she interns as a proofreader, one dull elevator ride to the fourth floor, endless walks back and forth from her small desk to the water cooler or the restroom before she does it all again, but in reverse this time, like a film rewinding, the red sky receding in her rear window as she rubs sleep back into her eyes and smoke from wildfires in Oregon crowds the summer sun. Just another day in the apocalypse, she thinks; but today is different: it’s the last day of summer—those frantic twenty-four hours before she and every other teenager in a twelve-mile radius are locked up in a building for nine months and expected to survive—and she doesn’t want to die. She intends to have fun.

On a whim, she ditches work, turning right instead of left and finding herself walking in a park she never even knew existed. Her parents did not think strawberry trees part of their plan for her life. What role could these globular red fruits possibly play in the career of a celebrated brain surgeon? Or respected attorney? Or perhaps a concert pianist? Its skin looks too blistered. Its soft flesh like the custard inside a choux pastry topped with craquelin—that is one of her new favorite words, “craquelin.” Her parents don’t know she collects words like that: whimsical and delicious and so wholly unnecessary for the SATs. She keeps a list in her backpack.

Saudade. Her parents refused to teach her Portuguese, but she’s learning anyway.

What is the word for experiencing for the first time what others now take for granted?

She rests her hand on the burbling waters of a fountain, lets her skin cool on the surface.

When a dog runs up to her, she scratches its ears. When a bird chirps, she searches for it.

She wishes she could identify every tree, every flower, every beetle that scuttles down the path, its back gleaming and iridescent in the sun. Her parents kept this knowledge from her. How uneven the ground can be. How syllables can make you shiver. Did you hear what Shayna said at the party last night? Voices like alarm bells ringing in the park, like her phone buzzing violently, the screen flashing the number for her boss, then her father, then her mom. She will be in trouble, when she finally goes home. Her father will ask if she intends to ruin her future. If she thinks that this mistake won’t follow her around for years. Your colleagues will remember how you betrayed them. Abandoned them.

At the office, the middle-aged mom who sat at the desk next to hers used to wink and slip snack bars into her backpack when no one was looking—snack bars she was not allowed to have, technically, because she was just the intern. “Well if that isn’t the most ridiculous thing I’ve ever heard,” her coworker said when she heard the policy, and, from then on, it was a steady stream of quiet rebellion. Take your full lunch. Always estimate twice as long for a project and drink plenty of water so you can waste time in the bathroom. Once, she found that coworker lingering in front of the kitchen windows, sighing, “What I wouldn’t give to be out in that storm.” She understands now. How appealing it is to blow up your life.

She already knows how she will explain this: “I’m just a kid! I went to the park!”

Then, when her parents won’t let it go, she will sigh and say, “I have school tomorrow.”

And that will be the end of that. No one can argue with her GPA, her extracurriculars, her college applications due on November 1 and January 1. Both dates are marked on the calendar as skulls and crossbones; the death of one part of her life marks the birth of another. In the morning, she will be a senior, and her future will start unfolding before her, milestone after milestone, year after shockingly fast year.

It’s too soon, she thinks. If only she could stop time.

For now, she unties her shoes. Stuffs her socks into the holes her feet left behind, dips her toe in the warm water of the creek as if she hasn’t already made up her mind. She will swim with tadpoles and rub river rocks over her bare feet. Her hair still dripping, she’ll drive up to the Dairy Queen and give herself a brain freeze, her first. Nothing will make sense then but everything will feel absolutely, incredibly right. Ice cream before lunch. Popcorn at the movie theater. Paying for one show with money from her summer job but then sneaking into the next one and the next. She never knew floors could be so sticky or dialogue so unbelievably dumb. It delights her. As trucks explode onscreen, she laughs and thinks, I could do that! Watch me.

Ruth Joffre is the author of the story collection Night Beast. Her work has appeared or is forthcoming in Kenyon Review, Lightspeed, Gulf Coast, The Masters Review, Pleiades, The Florida Review Online, Flash Fiction Online, Wigleaf, Baffling Magazine, and the anthologies Best Microfiction 2021, Unfettered Hexes: Queer Tales of Insatiable Darkness, and Evergreen: Grim Tales & Verses from the Gloomy Northwest. She lives in Seattle, where she serves as Prose Writer-in-Residence at Hugo House.

10 Wounds in Which I Was Born