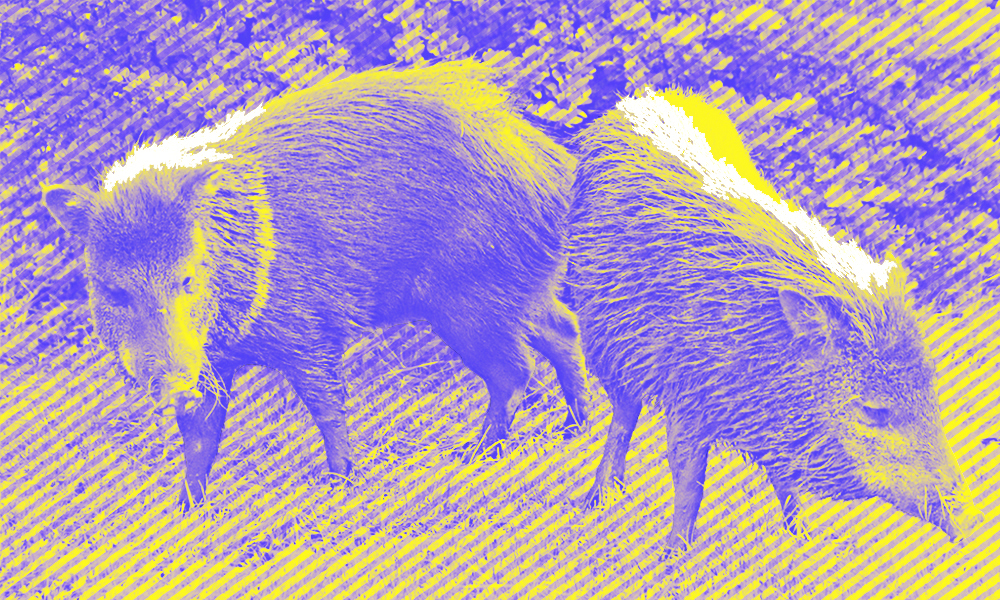 At first it’s just a low feeling at the base of your tum, a knot being tied, but then it tugs like a rope being pulled at both ends by a pair of black hogs squealing and stamping and straining until your gut’s near to bursting, and then you recall how earlier that day when you went to the holler to shoot down some buck you discovered your true love crouching over a pot, fanning a fire as bright as her hair, how she jumped when she saw you, her eyes flashing green, how she fished out from murky oil fried Sargasso Sea eels that you gladly took whole, how she undid your trousers and swallowed you whole, how it all felt so good that you ignored the knot that was forming as you kissed her farewell until it cinches you sharp as you’re leaving the holler, travels up through your gullet, radiates out past your limbs, compels you to the ground where you begin to crawl low on the grass and think not of black cauldrons, or ropy eels, or murky oil, but of your cattle herd of four and twenty that will soon go to your dear mother, your pieces of silver that will go to your moonshine-drunk father, your gold chain that will adorn your little sister not yet old enough to crawl like you are crawling now, like the eels slithering from your throat across the doorstep of your mother’s home where you’re vomiting green and your mother is screaming “Where you been, what you done” and you’re recounting the eels and the red hair and the green eyes til she cries “Great lord Jesus” because now it’s not just eels and green coming up but it’s blood and it’s black and you’re screaming for rope with which your true love can hang her pale neck until all the light goes out from those wretched green eyes, only what you’re saying makes no sense at all because it’s just retching and bile and brew and in the interstices growing shorter between your heaves and your gags are the strains of a song your mother is singing an fain wad lie doon a lost lullaby an fain wad lie doon and she’s rocking and you’re rocking an fain wad lie doon and the words rock you both as her voice bends and quavers with the strangeness of most sounds that echo around the holler.

Stephanie Yu lives in Los Angeles with her partner Nate. Her work has appeared or is forthcoming in BULL, X-R-A-Y, Eclectica, the Journal of Compressed Creative Arts, and elsewhere. You can find her tweeting @stfu_stephanie.

Girl and Her Spiders