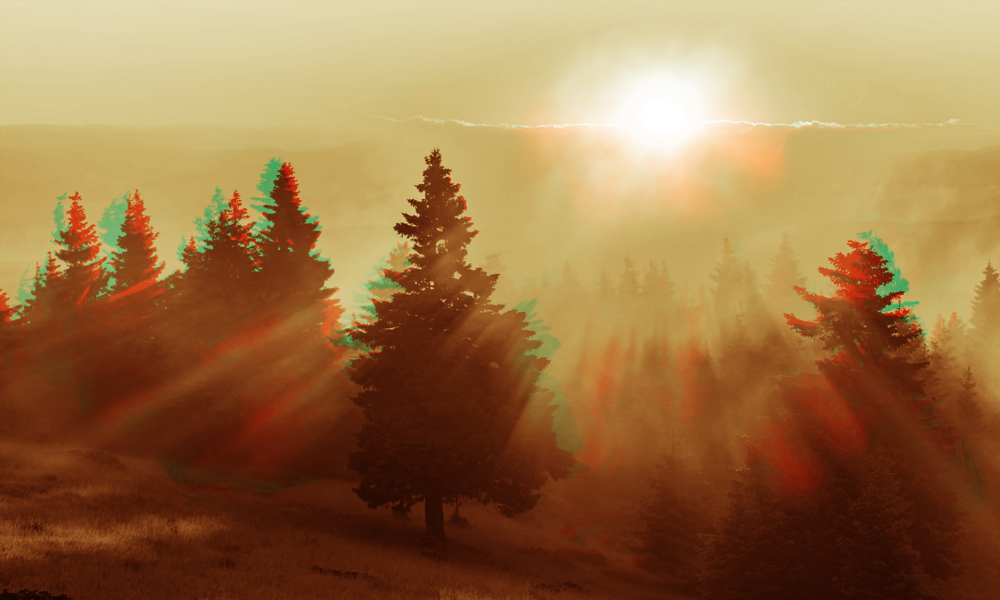 In the City of Flying Trumpets

In the City of Flying Trumpets

Sometimes they arrive in the morning, gleaming in new sunlight, heralding the wonders of the day to come, soaring in formation across the sky like a flock of golden geese on their migration. But, unlike the birds, this sparkling brass never forsakes us — or, it never did until. . . .

Well, the trumpets haven’t entirely forsaken us. We still see and hear them arcing overhead with their glorious tidings, which you’ve come to hear. How long are you here?

Oh yes, then you’re sure to hear one of their fanfares. Most likely. There will be eleven trumpets in flight at a time, though I’m told there are many more of them overall, each one with its own slight variation in color, shape, and tone. Myself, I can’t tell. For all I know, they just change position within the V, but musicians with keener ears say they can hear the difference between the ensembles of different forays, and who am I to second-guess the experts?

I wish I could tell you exactly when they’ll appear. They used to come with the sunrise every morning, shouting their flourish into the skies, a salute like something you’d hear at an Olympic opening ceremony: proud, majestic, stirring. Lots of what they call “tongued triple notes” — we’ve all learned a little music-speak after so many years of airborne concerts. I suppose even the trumpets knew it was a splendid thing to be alive another day.

Aside from some disgruntled night owls who moaned about losing sleep, we all greeted the horns with a smile. The trumpets used to come once in the morning, and at least two or three more times during the day, because someone was always getting married or having a baby, or getting a promotion, or falling in love, or leaving a toxic relationship, or getting their driver’s license, or remembering to call their mother when they said they would.

Yes, I suppose it sounds like a lot. But as large as the city is, no one heard every single pass the trumpets made. It simply encouraged us to know that somewhere above the city, a formation of trumpets was celebrating someone’s good fortune. I mean, you have to figure at least someone’s got a birthday every day, right?

Well, some say the drones changed things. It was bound to happen at some point, I guess. Birds weren’t an issue for the trumpets — possibly because they both traveled in Vs — but when everyone and their dog started flying drones, things just seemed to get all tangled up. Accidents happened, and while people were able to scoot out of the way in time, drones and horns started falling out of the sky onto rooftops, gardens, parking lots and, occasionally, through windshields. Rich folks found drones sputtering around in their pools. Because no one was hurt, these surprises were either annoying or amusing — depending on whether a horn shattered your windshield or the one on the show-off’s Jaguar next door, if you know what I mean.

Things took a turn when the mayor’s teacup poodle met its demise in the bell of a fallen flugelhorn. City Council had to do something in earnest then. But the fact remained that no one really knew where the trumpets had come from; there was no one in particular to contact. Private drone users were on the defensive, of course, adamant that their rights remain unaltered; not to mention the powerful lobbies agitating on behalf of all the companies using delivery drones. Some think they planted a seed somewhere, started a stealth campaign about noise from the trumpets. Bit by bit, people began hinting that the trumpets always had been a bit annoying, actually, and were technically not in compliance with the city noise ordinance, particularly those heralding the sunrise (given the hour); and if the corporations had to abide by local ordinance, shouldn’t the trumpets too?

Well, you know how it goes: the question of who kicked off the grumble campaign didn’t matter once it caught on. And although we still didn’t know who was responsible for the trumpets, the city decided to take action. Citations for various noise and airspace rules were issued and folded into airplanes, then launched by a clerk out a top floor window of the municipal building. The citations were, according to the subsequent City Council report, carried off on an improbable gust of wind so high the clerk lost sight of them. (He’d intended to follow the path of the citations and pick them up where they landed so as not to litter, for which he would have had to cite himself.) For a while, it seemed like nothing had come of it, but then we began to notice that something had changed.

First, the sunrise salutes stopped occurring on weekends, and to be honest, a lot of us were glad for the chance to sleep in. Over the following weeks, the trumpets reduced their sunrise appearances even further, to only Mondays, Wednesdays, and Fridays. After a few months, they just happened once a week, and now it’s not even that often. Now the trumpets only fly forth to announce the most objectively beautiful sunrises, and when that happens we all get up and look out our windows for a glimpse of something truly spectacular. It’s been a bit cloudy this week, though, so I can’t say for sure if that will happen while you’re here. But if it does, do yourselves a favor; get up for a look because it’s guaranteed to be worth your effort.

Birthdays? Well, Happy Birthday in advance! But sorry to say, that doesn’t seem to be a sure thing anymore either. You might try looking up wedding announcements, because the trumpets normally still appear for those ceremonies (in fact, it’s considered a bit of an inauspicious start if they don’t).

Well… I mean, yes, everyone gets to be special at least that first time in their lives, but births are a little difficult to predict. I suppose you could hang out in front of a hospital and wait for a pregnant woman to arrive, but is that really how you want to spend your vacation?

So all that is to say, it’s hard to tell now when the trumpets will come out. And yes, it is a bit sad. But the uncertainty also makes the moment that much more special. Now, when we hear the flying trumpets’ peal, all our moods lift at someone else’s good fortune. Someone is tasting their first moments of life, or having their first kiss, or graduating from school, or getting their first paycheck, or their doctor is telling them they’re cured — someone somewhere is experiencing a wonder. And we never know exactly when we’ll hear that fanfare or see those gleaming horns in the distance. While some folks don’t miss the constant “noise,” others are a bit sad not to share in it more often.

The way I see it, though, it’s more like inspiration. If you want to hear the trumpets, want to look up at their brassy flash and sparkle overhead, and you know they will appear for special moments, then ask yourself, what can you do to coax them out? What would make this a special day for you? If you want to see the trumpets, go out and find them. Anyone can do it — it’s just hard to know how sometimes. But I hope you do. And when I see those trumpets fly across the sky, what a thrill it will be for me — for all of us — to know that somebody out there has found their bliss.

Tara Campbell is a writer, teacher, Kimbilio Fellow, and fiction co-editor at Barrelhouse. She received her MFA from American University. Previous publication credits include SmokeLong Quarterly, Masters Review, Wigleaf, Jellyfish Review, Booth, Strange Horizons, and CRAFT Literary. She's the author of a novel, TreeVolution, and four collections: Circe's Bicycle, Midnight at the Organporium, Political AF: A Rage Collection, and Cabinet of Wrath: A Doll Collection. Connect with her at www.taracampbell.com or on Twitter: @TaraCampbellCom

"Looping back": An Interview with Kari Flickinger