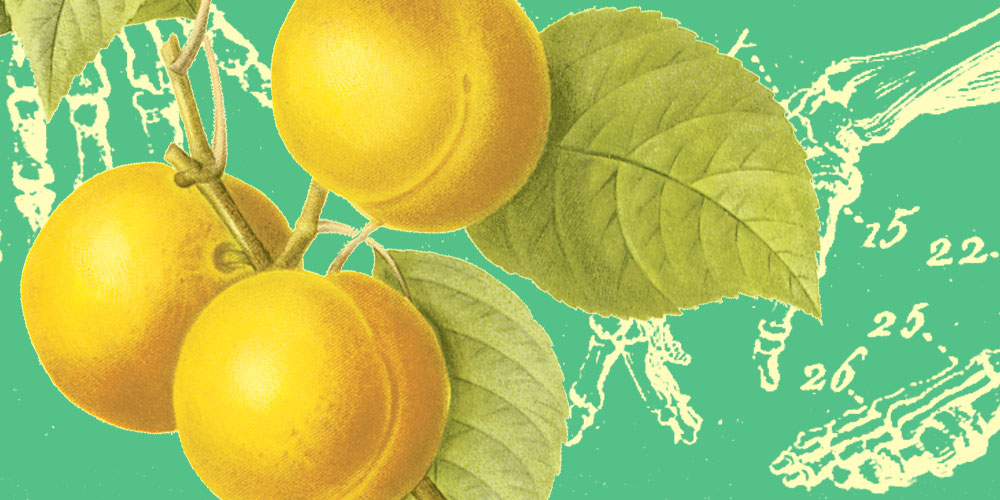 Of course she asks if she can keep it. She usually hoards whatever she finds floating near the stern—empty beer cans, folded tourist maps, shredded bike tires—without asking permission. But this is something else, and she must know it. At first glance I think it’s a glove, but it doesn’t droop the way a soaked glove should. Then I realize it’s alive—or was. Some sort of bloody red deep sea creature, tentacles curling, come hither little girl. I’ve never seen anything like it this far north. Here the Amstel is gray and the ocean is gray and the fish are gray, too. Shiny, if they’re really something special.

“I don’t know means no.” Rachel unlatches the porthole above her bed and begins to push the thing through, but it latches onto the brass rim with a disgusting squelch, like when I have to tug Rachel’s hair and whatever else from the shower drain.

“Hang on.” I kneel on her pillow, and with one tentative finger I graze the tissue-y bulb at its base, where its color blanches into a pinky white. It’s as cold as the river, still damp. “It’s alive?”

“Well how am I supposed to know that?” I grab Rachel’s wrists and move them back by her sides. “Do you even know what it is?”

“It was supposed to be my new pet.” The second I let go, her hands spring back to the gross, clinging mystery.

It kills me, the pet thing. I know she wants one so badly—what eleven-year-old doesn’t? And at her mom’s there are plenty—cats curled on the window seats and dogs loping around #2’s impeccably mowed one-acre yard, and even a potbellied pig because why the hell not? Rachel deserves that, suburbia, block parties, home-cooked family dinners. I had to be the selfish asshole who argued that schools in Europe are just so much better. I had statistics on my side. Might be the only time her mother ever agreed with me.

Now Rachel gets a tiny houseboat, frozen food, a foreign language. I try to be gentle, but responsibility makes gentleness tough. I can’t let her keep it. She knows already, she knows. “Where would you put it?”

She points over to the bathroom. “Bucket.”

I hadn’t noticed it before. I usually don’t notice her dredged-up treasures at first, until I realize that the insides of the cabinets have been plastered with a collage of foil wrappers, or until I trip over a cord she’s strung near her bed, the closest thing she’ll ever get to a door. “Where’d you get that?”

“Where I get everything else.”

I can reach the bucket without getting off the bed. Its handle is cracked, and black sludge rings the bottom. “Maybe we’ll get you another fish, okay? From a store.”

She folds herself in half and pouts like a much younger girl. “I don’t want one from the store.”

“I’m sorry, but we don’t know what this is, or how to properly take care of it.” The thing is pulsing now, gasping, its bulb throbbing like a drained and dying heart. “It could be poisonous.”

My daughter glares at me, spiteful. After all I’ve put her through, I’ve never seen her so full of hate. I’ve been waiting for it. “It’s not poisonous.”

I stroke the creature with my whole palm this time, pet it like it’s warm and cozy, like it’s a desirable thing to touch. “Rachel, we have to get it back in the water before it dies.”

I slip a finger beneath one of its tentacles—no suckers, as far as I can tell. I don’t know how it holds on. Soon Rachel reaches out to help me. Limb by limb we loosen its grip. I ask Rachel if she wants to do the honors. She shoves it out the porthole, and we listen for the plop.

Rachel buries her head in her pillow and stays still. If she’s crying, she’s not crying much. I imagine the rash-red skin of the thing fading into the murk of the Amstel, squirming as the current washes it into the IJ, then into the North Sea. If it can’t get back to where it came from, I hope it gets as far away as possible before it dies, before Rachel finds its deflated remains smacking against our hull.

Becky Robison is a world traveler, a karaoke enthusiast, and a fiction writer from Chicago. A graduate of UNLV's Creative Writing MFA program, her writing has appeared in [PANK], Paper Darts, Midwestern Gothic, and elsewhere. When she's not working her corporate job or walking her dog, she serves as Social Media and Marketing Coordinator for Split Lip Magazine. You can follow her on Twitter at @Rebb003.