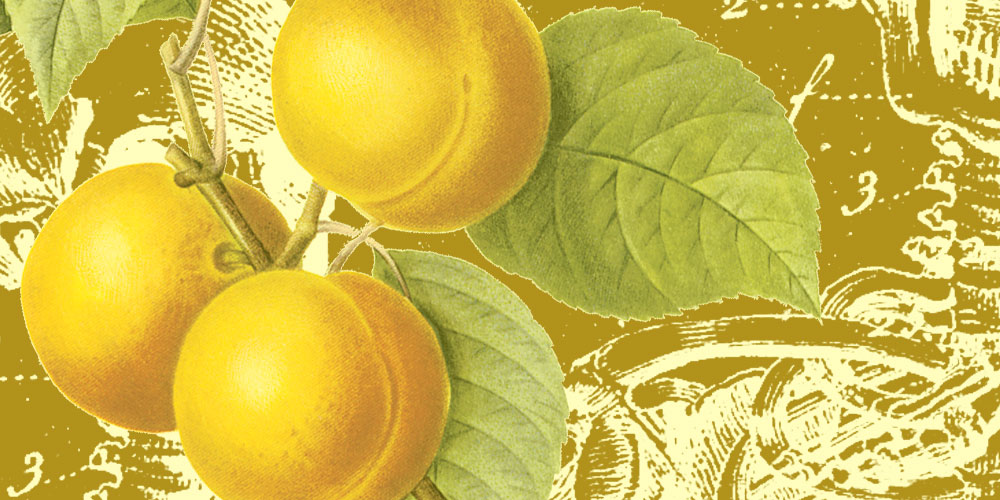 In the room there was a window, and through the window, a river. Marcella sat in her recliner and observed a jet skier making circles in the water, splashing and bobbing and shooting up spray.

Beyond the river was the muddy bank, thick with daylilies. There, a woman sunned herself, topless, displaying her breasts to the angels, to the clouds that hung like tufts of fur in a screen.

Daisy, said Marcella. Bring me a glass of red, darling. Please, something full-bodied and good on the nose. Marcella smiled. She flashed her teeth to the woman out the window.

Marcella wrung her hands and clucked her tongue. What a nice figure, she thought. A bit fat around the ankles, but good bones. The man on the jet ski did tricks like a puppy dog. He’d probably drown if he tried any harder.

The girl sat on the bed and handed Marcella a glass of water with a plastic top. A straw poked shamefully through its hole. For you, she said.

Darling Daisy, could we have some music?

Marcella sucked her straw. How about some Mingus, she said. Maybe a little Bird? All the good dead men, I’d like for them to keep me company.

Ms. Marcy, said the girl. Do you remember Daisy, your little beagle? She loved you very much. The girl pointed to a photograph pinned to a corkboard, beside a grocery list of bread and saltines and chocolate chip cookies.

The girl put a hand to her chest. I’m Cassandra, she said. I’m a volunteer from the community college.

Marcella nodded, flickered her eyes over the photograph. That’s fine darling, she said, turning back to the window. That’s very fine indeed. Jazz isn’t for everyone. It’s just notes on a page, rarely played in order.

Cassandra went to the radio and spun the knob. Of course, she said.

She swam through the fizz and frowned. She moved her hand like a person who had mastered the game with those electric, buzzing bodies. A burble of horns crept into the room. The dust motes vibrated and clanged in the air. Marcella moved her hands to her heart.

There was a fly trying to leave. It hurled its body around the room and plunked its head into the window. Cassandra looked at the speckled insect tape and looked away. In the hall sat many men with hunched backs, like sea cliffs, like stone.

They stayed like that for a while. Cassandra scuffed the carpet with her tennis shoe, painting little waves of light in the darkness, erasing them, then going back again. She sent a text to her boyfriend, an older guy named Mark who had a Chevy and an herb garden and a bunker for when the world ends.

Pick me up at five, she wrote. I’m gonna die if I stay here one minute longer than I have to.

When Big Pat came in, he stuck his thumbs in the belt loops of his thrift store sailing shorts and said Hoooo boy, we’re gonna have a real-life Civil War out in the cafe! He slapped his palms against his knees and took a drag from his little smoking pen.

That’s not allowed in here, said Cassandra. She rolled her tongue from her mouth and pretended to choke. Then she grabbed for her own neck, bulged her eyes.

Big Pat blew a cloud into the room, put his wet lips near her ear. Neither is sneakin’ your man into the laundry and lockin’ the doors, but you don’t see me squealin’ about it.

Cassandra darkened, summoned a game of exploding fruit to her phone. Marcella stood and kissed Big Pat on the cheek. My sweet pumpernickel, my daisy chain, my darling dear. Is there any mail? I’m expecting good news.

Not today, Ms. Marcy. Mailman must be taking the scenic route.

Marcella made a face. He’s been avoiding me, she said. It’s been a long time.

Earlier that morning, Big Pat found the third gone-to-hell tuna sandwich. It stunk like death and was wedged behind a library chair, wrapped in a paper napkin.

He saw what looked like a spray of short-grain rice, cursed to life and wriggling through the holes in the marbled rye. A million maggots getting into the carpet and into the shelves and probably into some old man’s ear canal, a man too floaty on Percocet to notice.

Big Pat gagged. He threw it all in a trash bag, along with the infested bottom-shelf books he didn’t want to blast with a hairdryer: The Iliad bound in leather, and something called The American Family Cookbook, where a woman in an apron pulled butter-crisped buns from the oven, the pages dog-eared and yellowed and crawling. A copy of the Bible was also compromised, bookmarked by a ticket stub for Close Encounters.

He scrubbed the bookshelves with bleach and poured disinfectant over the knockoff Turkish rug. His stomach growled, and he asked himself what kind of a sick fuck gets hungry after watching maggots eat lunch. He went to the dumpster at the edge of campus, got rid of the mess, and did a few jumping jacks and toe-touches. When he couldn’t take it anymore, he wandered back inside for scrambled eggs and toast and nothing, he hoped, that could move on its own.

In the cafe, he sat next to a woman with butterfly clips in her hair. Her sweater was covered in crumbs. Tomorrow’s gonna be a big day, I bet. Real good. Just take care to make it ‘til tomorrow, he said out loud, meaning it. He was sweating through his shirt now, but she didn’t seem to mind.

Big Pat cleared their plates. Her eyes and face said nothing. Her fingers moved up and down in the shape of rain.

Marcella, like everyone there, was interested in dying. She was sharp in the mornings and spent many hours thinking of leaving her body. She thought about the things that could be done to her, in the ground or in a pot or strewn about the air. She imagined herself as a clod of dirt, a tangle of roots, or in the craw of some large and unforgiving bird.

Bird, she jotted down on a napkin one day.

In the evenings, her mind smudged like coal. She talked to the jungle cats in the wallpaper, offered them bowls of milk and safe haven in her pillowcases. By morning, the smell would creep in and Marcella would wake, all hot and red. She’d pour the ripe mess down the sink, bend into the faucet and weep.

To feel happy in the in-between, Marcella took flowers from reception, many of which she left in the pockets of her coats, their petals going brown and crinkled against her body. When she remembered, she’d place the stolen daisies and baby’s breath on her windowsills, where they’d tip from the mouth of Dixie cups and empty perfume bottles.

Big Pat, at first having come to check her room for hidden food and signs of rot, pointed to the sill and said, Your secret’s safe with me, Ms. Marcy.

Marcella told him that she didn’t have any secrets, that she was an open book, thank you very much. Big Pat laughed. The clock said 5:00. Cassandra said goodbye and left to fuck her conspiracy theorist on the lawn of his ranch house.

Big Pat looked behind the headboard and beneath the tablecloth. I’m just kidding, really I am. Everyone knows you’re a thief.

Has the mailman come? Marcella asked. I’m waiting for something very important.

Big Pat shook his head, stroked a hand over a shoebox full of pocket tissues and gummy vitamins. Not yet, he said, but soon.

Marcella had two regular visitors: the mailman, and her neighbor from before, a woman named Betty. Betty would bring tins of pink and green leaf cookies, their brittle halves gummed with chocolate. They’d do the crossword and play cards, and Betty would tell her all about the new family that had moved into Marcella’s house, how they painted the outside yellow, heaven forbid.

Occasionally, her granddaughter came to visit, but things had recently gone bad. The last time, Marcella sat on the bed and shielded her eyes. Out! she hollered, throwing a snap-top plastic box of bandaids. Get out, you whore!

Her granddaughter, who had traveled in from the city, left a vase of sunflowers and a sleeve of crackers on the table. This sort of thing would happen on the bad days, days that the granddaughter could never possibly predict, whore, fiend, collector of dried and dusty bones. Her mother had warned her, hadn’t she?

Far away, she spoke with reception and confirmed the July payment had cleared from her accounts. She took a mint and left.

The granddaughter returned to her apartment by bus, ordered lo mein, and fingered herself until she came in a bed full of plastic wrappers. She fell asleep and dreamed of drowning in milk. In the morning, she went to work and set an auto-reply, only to sit and stare and watch videos of women picking scabs off one another. Only a few bled, a collage of pink and broken skin that she wished she could lick through the screen, if only to have something good to touch. She put a finger to her teeth and bit hard on the nail.

Late in the day, the granddaughter wrote another letter to Marcella. She detailed the story of how her team lead pinched her ass at happy hour, how the building down the block caught on fire, and how some kid climbed up the fire escape to rescue a toddler on the fifth floor. She wrote about the man who sold balloons in the train station, how one of them floated off and got trapped against the ceiling, a balloon that read Congratulations! She told her the outside world was cruel and boring. She signed the letter Your Friend Forever.

The room was quiet, and the light came like gold through the curtains. Marcella ordered a bowl of soup for dinner. She ate the chicken dumplings with her fingers and left the broth to cool beneath her window. Outside, the man and the woman had fallen asleep on a rock, their skin puckered from the sun like tender meat laid to rest.

Big Pat learned against the dumpsters and smoked his pen. His vision blurred and the horizon wriggled. His fingers got hot. Across the river, he watched the sunburned woman flip onto her stomach.

It’d be dark soon—the mosquitoes would arrive in a web of blood. Big Pat assumed the woman on the rock ran hot. Pity, he thought. Good skin. But then he felt bad for the bugs, those hissing little vampires. Everyone’s gotta eat, everyone’s got the hunger, he told himself. That’s just how it’s gotta be.

Only a Little Bit Less Than I Hate Myself