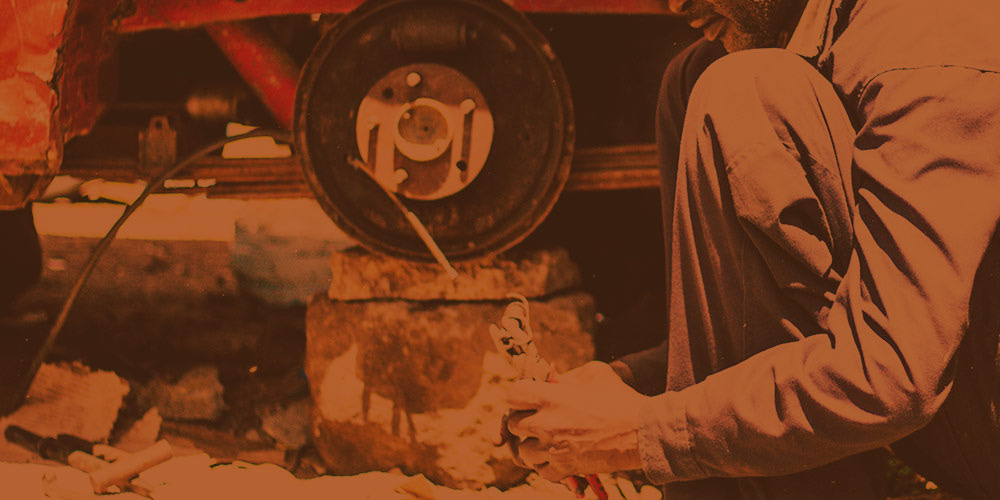 Don’t imagine your bones sound
like the rusty jaws of the garbage truck,
that groans past your frozen windows.

Let the coffee spill, and the ripped shoelaces
rip, the wind, bite into you like the cat did
last night, out of boredom and loneliness.

Right now, the day has nothing to offer you,
but the bitter dark of 7 o’clock,
a car with 150 thousand miles

of dinners and Christmases and trips
to the shore. By the time it takes to read
This, the engine will have warmed up enough

to leave, take the path the plow truck carved
out for you, Fumble for the knobs, for heat and a song
Almost sure for a moment they were the same thing.

Before I knew what a voice was,
I had yours, screaming your cracked,
lilt, lament on cassette

Then when the meaning of my life
turned digital, I slid you singing
into CD changers, your voice

breaking to Linger and Zombie,
my own undead life looming
from the dark, waiting for the next

track and the next, to hang on
to every word, tell me everything
I didn’t want to know.

The words hung on a hook
and some boy’s heart somewhere
in the space between headphones,

waiting in the silence, to begin.

At the Pennzoil 15 minute,
the near men motion me in
with greasy fingers,

under the earth of my car,
reappearing older, the smudge
and blur of the workers

that the houses around here
would all look like they’re dying,
that the trees still drop leaves

in December, curling up like empty hands,
that the battered gas station I’ll pass
would be the last sign of light until the road slows down
into a rush hour of waiting

I’m waiting too, for the younger one
to tell me it’s alright
to leave now, slam my hood down,
watch the dust of salt from last night’s snow
come off on his hands.

After you think you’re over it,
you’ll drop your phone in the snow,
lock your keys in a running car,
buy the wrong size sweater
for a Christmas gift.

But someone will say thank you.
Every mistake you’ve made is a forgiveness
you haven’t yet learned to ask for—
The faucet you promised to fix,

your mother’s windows letting in
the cold of a thousand winters.
Relax. No one’s asked you to remember
anything as painful as what you carry.

Today, you’ll have forgotten his name,
because you were carrying too many packages
and slipped on the ice.

Because you caught yourself this time
and made it inside, exhausted and hungry
falling asleep into your own arms,
to the sound of the radio,

When daylight stretched into 9pm, crickets scouring the quiet out of everything.
On a paint chipped porch, you sit waiting for your friend.

I bring the cigarettes out, and drinks for you and Dan,
left the Diet Cokes there, sweating on the ledge.

Tonight you’ll allow me to stay for no other reason than to listen.
You knew what I would become. But I can’t remember words now,

only their burnt color. The tips of two cigarettes lighting up the night,
laughter cracking open the dark like a cold one.

In these stories, the car dies, the girl always leaves, everyone gets plastered.
On a humid night in July, I watched my father become a boy again.

In the coming dark, he could’ve been anyone. I don’t remember his face,
just the shape of him leaning in to take a drag, the sound of his voice

giving permission for everything and nothing to matter.
Across the street, the newspapers were piling up in front of Mrs. Tolchin’s door,

and someone’s dog was running free between two row houses
that looked like they were burning under this incredible, magenta sunset.

“Look at that”, I said finally, to the space between their voices,
to the sudden air, my father’s smoke, rising.

Robert Walicki's work has appeared in a number of publications, including, The Red River Review, Heart Online, Gray Sparrow Review, I-70 Review and others. He has two chapbooks published, "A Room Full of Trees", Redbird Press, and "The Almost Sound of Snow Falling", Nightballet Press.