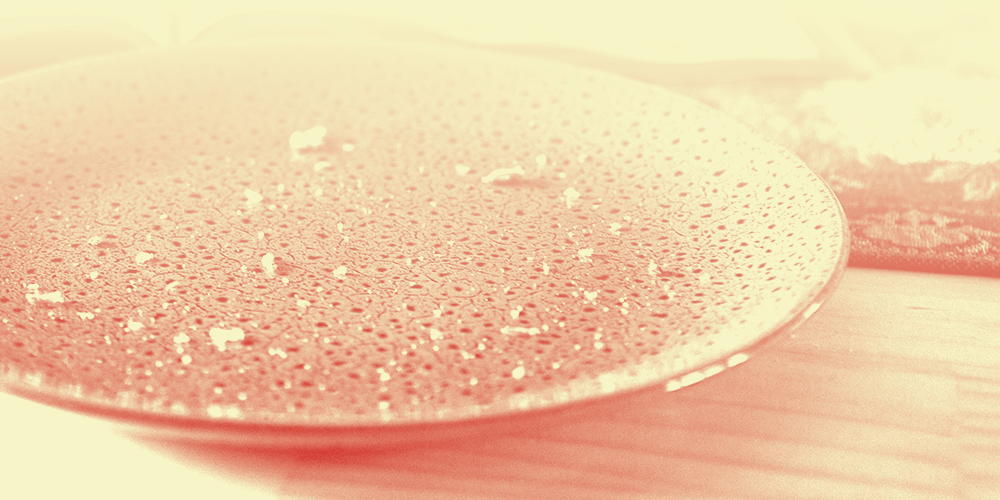 Hannah Grieco is a writer, editor, and teacher in Washington, D.C. Her work can be found in a variety of literary and freelance publications, including The Washington Post, Al Jazeera, The Rumpus, and Passages North. Her writing has been nominated for the Pushcart Prize, Best of the Net, Best Small Fictions, and Best Microfiction, and has been selected for the Wigleaf Top 50. She is an editor at Alan Squire Publishing and is also the editor of the anthology And If That Mockingbird Don’t Sing: Parenting Stories Gone Speculative for Alternating Current Press (January 2022). Find her online at www.hgrieco.com and on Twitter @writesloud.

So much of what is written about parenting in the popular media glorifies the experience of raising children and encourages parents to strive for perfection. In And If That Mockingbird Don’t Sing: Parenting Stories Gone Speculative, you turn the parenting genre upside down by combining it with the surreal, the strange, and the forbidden. When and how did you get the idea for compiling this anthology? Can you tell us a bit about this book’s own birth story?

To be honest, I wasn’t writing much because of the pandemic and my kids and depression and all of it. Right before COVID hit, I’d started to find a groove with my writing and with my identity, in general, outside of parenting. It took so long for me to get to that place, and then there I was, isolating with my three kids, husband, and parents in one house. I was afraid I might never find that groove again. But what happened was the opposite — I started writing weirder, more vulnerable pieces instead of the freelance parenting essays I’d written previously. And the more of these unusual pieces I wrote, the more I wanted to write, and the more I wanted to read from other parents.

One day I just tweeted about it, about how I wanted to read (and maybe edit!) an anthology of weird parenting flash pieces. Short and wildly speculative. Tons of parent writers responded to that tweet and within an hour, I had a few offers from small presses! Alternating Current was the perfect match. Leah Angstman has been a dream publisher from day one!

I remember seeing the call for flash submissions on your Twitter feed early in 2021. Did anything surprise you about the submissions you received? Did you see any themes appearing over and over?

I was shocked at the sheer volume of submissions! This idea resonated with parents, and of course it did! Look at the lives we’re (still) living!

Themes? Over and over: grief about pregnancy loss, loss of self/identity through symbolic acts (such as carving, being eaten, wasting away, etc.), fear of harm to children, fear of harming children, the desire to escape or run away, caring for children who are actually wild animals, a return to wildness as parents, eggs as symbols (seriously, so many egg stories!), rage toward male partners, tenderness from male caregivers, and a lot of robots. All the robots!

Many of the stories contain traditional speculative elements, such as ghosts or mermaids or crows that carry off babies. Others, such as “Davening” by Leonard Kress, “White Lye” by Barlow Adams, and “Simon” by Naz Knudsen take place in the real world and don’t include surreal or futuristic elements. How did you define “speculative” for this anthology?

Speculative is usually defined as something that doesn’t exist in our known reality. And in the reality portrayed by Western society, parenthood is defined narrowly (and so very hetero-ly) as idyllic and joyfully sacrificial, as selfless motherhood. At the same time, women are often looked down upon for choosing motherhood and that sacrifice. On the other hand, fathers have fewer expectations put upon them culturally and socially, but they’re also given less respect as caregivers and their lens is regularly ignored. It’s an unwinnable game that also completely disregards the groups of parents that don’t fit within that rigid gender narrative, and I wanted out. Of the whole thing. I wanted to include stories and short CNF that related to whatever wild reality parent-writers wanted to explore. Fantasy, science fiction, horror, or even (maybe especially) the stark true experiences and feelings that we’re not supposed to admit to. All without apology.

The anthology also adopts a broad definition of “parenting,” including stories about not-parenting after a death or miscarriage, parenting robots, parenting step-children. How did you decide which stories to include, and were you deliberately looking for a broad range of experiences?

I wanted to explore the caregiving of children. That can happen from many types of caregivers. Of course, most of our submissions came from parents. But aunts, sisters, friends, even robots — parenting isn’t always from just a parent.

You divided Mockingbird into three sections: “Shadows,” “Teeth,” and “Cages.” How did you determine the order of the stories? Is there an art to ordering pieces in a collection?

It took me almost as long to order the pieces as it did to edit them! Oof! I considered so many different methods and strategies, but in the end – I tried to deep read each piece and find other pieces that connected or enhanced its narrative. And it took forever, because every single story and essay was so important to me. Each one felt vulnerable and huge.

In the end, I sent Leah three sections of pieces, in order, and she and I brainstormed what we might call them. We looked at concepts that could work both literally and metaphorically. Leah is extremely experienced in all aspects of publishing, so this type of “big picture” thinking is her normal. But it was hard for me! I leaned on her heavily!

Many of these stories are spooky, strange, or downright terrifying. But as a parent of three children myself, my primary emotion while reading was that of relief and feeling comforted — like, Thank goodness, I’m not the only one. What about the speculative genre do you think fits so well with the experience of parenting?

It’s such a relief to tell the truth. Even if the truth is completely fictional on the surface — because underneath that ghost story is a scared human telling it. Or an angry human. Or an exhausted human. The freedom to be honest in our storytelling, to explore emotional landscapes that mothers, in particular, aren’t supposed to explore. . . . The speculative world is the most free of worlds!

Several of the stories, such as “The Only True Escape” by JL Lycette and “The Girl in My Daughter’s Room” by Madeline Anthes have ambiguous endings that may leave readers wondering. As an editor, what is your approach to editing speculative stories? For example, how do you decide when to ask for clarity and when to leave space for intentional ambiguity?

My job as an editor is to clarify intention and support the flow. To help the writer tell the story they want to tell, exactly how they want to tell it. I only accepted pieces that already worked at the structural level. Some of the stories went through several rounds of revisions and others didn’t, but all of the pieces came in with very clear intentions. I just asked questions and poked.

Your own writing has been published in so many places and won so many awards, I can’t possibly list them all! From your essays in The Washington Post, Parents Magazine, and Huffington Post, to your literary work in Brevity, Hobart, The Rumpus, Okay Donkey, and so many more. You’re also the fiction editor at Porcupine Literary and an assistant editor at Barrelhouse. I think all of us who are parents and writers wonder, how do you manage to balance it all?

Has your work as an editor, and specifically the experience of reading submissions for an anthology like this one, affected the choices you make in your own writing?

The more I read and the more I edit, the better my writing gets. 100 percent!

In the Author’s Note, you talk about how you first came to writing through publishing parenting essays in mainstream media outlets. How has your choice of subject matter and style evolved over time, and do you think it has been affected by your own experience as a parent?

I got so bored writing freelance essays and service pieces! I felt like I was mining my life for very small paychecks. And I’m not downplaying the importance of personal essays, because I read them, edit them, write them, and publish them. I love them! But also, it’s really, really fun to make things up. To take a kernel of truth and just write what I want to write, instead of pushing a message out or solving a problem. The more I study the craft of writing, the more I want to write works of weird, vulnerable chaos.

In your opinion, what are the necessary elements of a really good flash story? Do you have any advice for writers who are just beginning to write flash or those experimenting with the speculative genre?

Tiny moments. Pick the smallest moment and dive right in there. Make every word intentional, let the backstory be implied instead of written, and create a connection to something bigger in that small space. Simple! (So hard. So, so hard.)

What are you reading right now? Any books you’re looking forward to this year that you’d like to shout out?

I just finished Disappearing Earth by Julia Phillips and Olive Kitteridge by Elizabeth Strout, and both of these were stunners. I’m reading The House on Mango Street by Sandra Cisneros now, and it’s incredible so far! Next up is Love Medicine by Louise Erdrich. I’m currently getting my MFA, and that means a ton of reading. I’m so grateful for it, because I’d only read a few novels over these last two years. My attention span has been terrible and so I’ve focused on collections of short stories and essays. But now that I’m back into longer narratives, my attention span is . . . healing? (Okay, that might be a stretch. The brain “muscle memory” is coming back, though!)

Last question: If you could curate an experience for readers as they dive into And If That Mockingbird Don’t Sing, what would you suggest? Reading alone in a dark room on a stormy night? At a crowded playground, in between handing out snacks?

Each story has its own life, so this is a hard question! Maybe the best place to read this is a hotel room. Alone. All your favorite snacks nearby. Your phone on silent. Maybe an edible? (For those that partake!) A weekend to yourself with room service and not one small or large human touching you or needing you or asking you for food. That’s the perfect reading experience for this anthology. I wish this for every reader! (And every parent!)

Hadley lives and writes in Seattle, WA. Her winding career path has included degrees in medicine, biochemistry, and science journalism, before she finally found her home in fiction. When not chasing after her three children, she’s working on yet another draft of her first novel. Hadley’s work has appeared at Literary Mama, 50-Word Stories, and Wired.com, and you can find her online at hadley.ink or on Twitter @hadl.

"Contextualize the missing pieces": An Interview with Kimberly Rooney 高小荣

"A Glimpse Into What Could Be": An Interview with Chloe N. Clark